Christina’s Chicken Parmesan, Mary’s Meatballs, Dad’s Marinara Sauce. For Christina Gili, Managing Director and Head of Field Operations for Morgan Stanley Wealth Management based in New York, these are more than just recipes on her food blog she created to capture her mother's recipes and family memories. They honor the things very dear to her—family, togetherness (which usually involves food!) and tradition.

In fact, Gili, honored as a 2018 Morgan Stanley MAKER, is quick to mention family when asked how she got to this distinguished moment in her 30-year career with Morgan Stanley.

“I’m very close with my family. They always encouraged me to do anything and everything I wanted to,” says Gili of her parents. Born and raised in Malta, her mom and dad met in 1958, then married and moved to the U.S., raising Gili and her three older sisters in New York. Today, they all live in New Jersey, along with Gili’s five nieces and nephews. “When you have your family behind you, supporting you, you have strength to push through and overcome anything.”

She was one of the outstanding professional women nominated by her peers and selected by Morgan Stanley executives to participate in MAKERS, a national program that identifies and celebrates accomplished professionals from a variety of fields and companies.

Fresh out of high school and newly engaged more than 30 years ago, Gili began working for Morgan Stanley in Operations. Several years later, after working in various departments and building not only great experiences but establishing a support network, it was a Morgan Stanley mentor that encouraged Gili to attend college when she got divorced at 24.

“I really thought that I was just going to work for a couple of years after I got married, then have children, follow in the footsteps of my mother and be a stay-at-home mom,” says Gili. “But the divorce threw me for a loop, and I needed a Plan B. Thank God I had my job and my family.”

Going to school nights and weekends while still working full time wasn’t easy, but it was the support of her family and mentors at the firm that got her through it. She found a local college in St. Peter’s (it was soon after 9/11 so Morgan Stanley was occupying temporary space in Jersey City). She moved to Hoboken, where she still lives, and pursued a criminal justice degree “because of my fantasy of becoming an FBI agent,” she laughs. “There was a bit of a shift when I realized this was not just a job but my career, so that’s when I got my licenses [Series 7, 9 and 10].”

Today, Gili manages employees in New York, Ohio and Utah in a two-part role — overseeing an operations team that approves transactions on behalf of branches and another team that focuses on process automation and streamlining. “I love solving things and putting that puzzle together,” she says of making processes faster, easier and better for clients and branches.

Becoming a MAKER is a special recognition for Gili. “I’ve always looked up to the past MAKERS, so being named one was so overwhelming. It’s real lump-in-your-throat kind of thing,” says Gili.

While crediting family and mentors with her success, Gili’s strong work ethic deserves a nod as well, enabling her to move up through the organization and take on a variety of leadership positions. “I was always satisfied with where I was but always looked to where I wanted to go,” explains Gili, who advises others to always dress for success and learn skills for new positions. “I was patient and knew it would take time, but always set goals for myself.”

Gili, who also loves to travel, is now a mentor herself — and isn’t afraid to share her mistakes. “I don’t mind showing my vulnerabilities so others can learn,” she says. When asked if there was a certain opportunity that created a turning point for her career, Gili says, “There wasn’t just one in particular; it’s ever changing. No matter how much you think you’re knowledgeable about something, you then turn the other way and find something new to learn about. That’s what keeps this so interesting.” 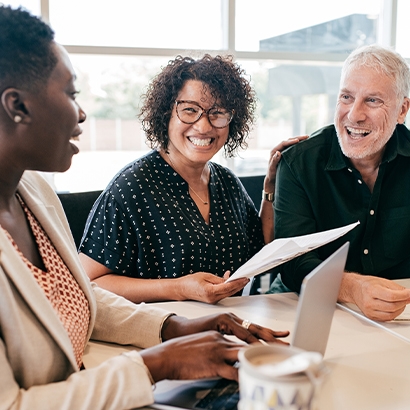 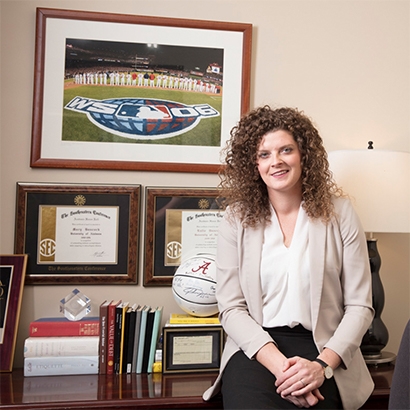 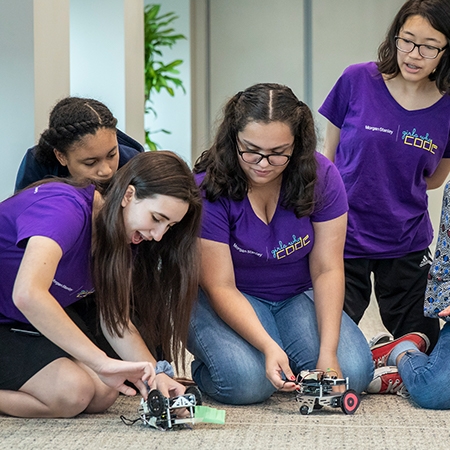 The Girls Who Code summer program at Morgan Stanley is training the next generation of women technologists.