One MAKER’s Commitment to Country

For Morgan Stanley’s Molly Bodrato, 2021 was a monumental year in her military and civilian careers. The 2nd Lieutenant in the Air Force was deployed and led COVID relief efforts.

Molly Bodrato is an outperformer. A strategic project manager, she has excelled in her roles in Field Services and Asset Retention and Recovery within Morgan Stanley Wealth Management. Her outperformance extends well beyond the Firm, as she’s pushed through challenges, devised opportunities and balanced her career with her duties as an active Air National Guardsman over the past 10 years.

Last year was “monumental” in balancing her military and civilian careers. She spent two months in Officer Training School, was commissioned as a Second Lieutenant in the U.S. Air Force then was deployed.

“I got a call midweek and was given 72 hours to report to Oregon to aid in the COVID relief efforts,” she says of her first experience leading troops as an officer. “I was put in charge of all logistics for the northwest portion of the state, managing the soldiers and airmen in about 10 hospitals who relieved nurses of certain functions so that they could focus on patient care.”

Molly is grateful for her managers, a Firm that’s military friendly and colleagues who stepped up to handle the additional work in her absence, giving her “a clear mind and a clear heart to carry out the mission.” Yet it is they who are grateful for Molly. Her mentees know how much she cares about everyone else’s success. And when colleagues ask for her help, they say Molly never says no.

Focus on doing good by the people around you, and much positivity and success will come from that.

Besides her military and civilian jobs, Molly has balanced the demands of single motherhood. A week after her 16th birthday, “my life trajectory changed dramatically when I gave birth to my daughter,” she says. Her quaint suburban community in northern New Jersey didn’t quite embrace the young mother, who found it difficult to stay in high school. However, she stayed the course and managed to complete her studies, graduate with her class and go on to college.

“From a young age, I wanted to model behavior for my daughter—for her to see that level of perseverance when everyone is telling you it’s not possible,” says Molly, who has fond memories of her own childhood. After her parents’ divorced when she was young, her father moved in with his parents and used his savings to buy a house three doors down for his children and their mother.

“My brother and I bounced between homes at will,” she says. “My Dad’s prioritizing family allowed for a very loving, wonderful childhood and was my first experience with sacrifice and swallowing your pride to do the right thing.”

For three years, she worked seven days a week running her restaurant, which at its peak had 12 employees, all older than her. Somehow, she also found time for law school. Though she did not graduate, she learned to create goals and set manageable milestones, which is how she operates to this day. She considers her restaurant experience “a mini-MBA,” even though it went out of business during the financial crisis.

While job hunting, her friend brought an operations vacancy at an asset management firm to her attention and insisted that Molly apply. “Working in finance had never crossed my mind,” she says. “I was apprehensive, but my friend believed in my qualifications and abilities.” She got the job and excelled at it. After several years, she made her way to Morgan Stanley in 2013, shortly after enlisting in the U.S. Air National Guard. She completed basic training, then technical school for logistics planning and served part-time for eight years.

Wanting to do even more, she applied for and was selected for a military commission. “I wanted to become an officer, lead our troops and do right by them,” says Molly. So in 2021, she went off to Officer Training School and was commissioned as a Second Lieutenant.

Her service, she says, helps her “do the greatest good by the greatest number of people,” a mantra she lives by. “Focus on doing good by the people around you, and much positivity and success will come from that.”

A confirmation of that success, Molly was named a 2022 Morgan Stanley MAKER—joining a distinguished group of women and men, all nominated by their peers for serving as advocates, groundbreakers, and innovators for women’s advancement. She’s honored to be recognized for affecting positive change.

Among the many ways she does so is as part of the steering committee of the Morgan Stanley Veterans Employee Network, which leverages the Firm’s talent and services to help the veteran community at large. She’s been recognized for participating in the Firm’s annual 100 Miles for Hope fundraiser for the American Legion, an organization “dear to my heart,” says Molly, a member of Post 177 in Barboursville, W.Va. Dozens of employees participate in the annual campaign that encourages physical activity and raises money for the American Legion Veterans & Children Foundation.

No Life is Without Struggle

Molly continues to live an “authentic life—one of radical honesty,” she describes. She’s dedicated to “seeking the truth, whether my own or taking time to understand the truths and backgrounds of others. It allows me to foster deeper connections and to have a greater level of empathy. When you really understand what someone has overcome, you get to the heart of a person.”

Molly used to think she had to keep her personal life, including her military service, separate from work. After her mentors each told her how much colleagues appreciated her service, she opened up. “Once I shared, others start talking more about their lives, too, and we connected on a much deeper level,” she explains.

Reflecting back, Molly says confidently that her two proudest accomplishments are motherhood and joining the U.S. Air Force. “My work as a mom will never be done, and I plan on serving for as long as I am able.”

Morgan Stanley is an equal opportunity employer committed to diversifying its workforce (M/F/Disability/Vet). 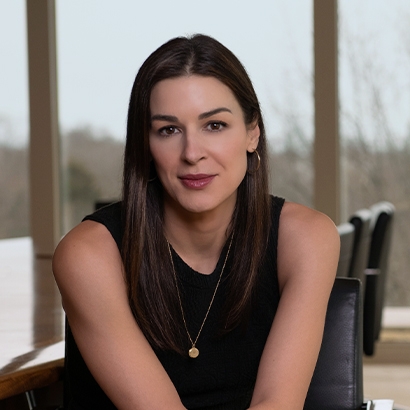 Annie Diamond Advocates for Others

This Morgan Stanley MAKER has always been driven to win. Now, she mentors and helps others find a path for themselves and be confident in their voice. 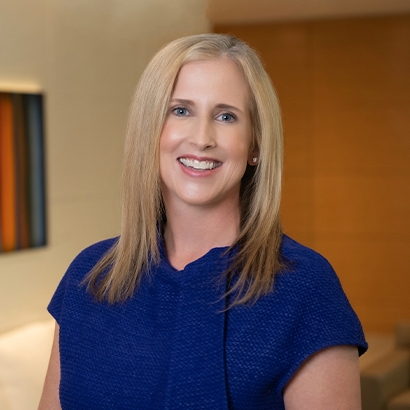 A MAKER from Missouri

Meet Sallie Behnke—working mother, mentor and Morgan Stanley MAKER. A lifelong learner, she believes in education. Here’s why she never gave up.