Finding Opportunity in Any Language

Drawing from her Latina heritage, Claudia Marmolejo has successfully navigated and excelled across both corporate and international cultures, while opening paths for others.

It was the quintessential New York story: In 1994, Claudia Marmolejo arrived from Argentina to study law at Columbia with only $700 and one credit card. With a week before classes started to find a place to live, she rented a shared room in a convent run by nuns on 54th Street and 10th Avenue. It was a bit of a commute to Columbia’s upper-Manhattan campus, but “the convent was affordable and safe—complete with an 11 pm curfew,” Marmolejo recalls with a laugh.

Yet years later, her career path would bring her back to the same neighborhood and to Morgan Stanley’s headquarters, where Marmolejo is now an Executive Director and Chief Operating Officer of the Wealth Management Client Development Group.

“I couldn’t anticipate my journey, but in retrospect, I would say that where I am today and the experiences and opportunities I’ve had are precisely what I had in mind when I decided to come to the U.S. all those years ago.”

A Glimpse of a Different Life

As with so many stories, Marmolejo’s starts with her family: In 1988, she visited her older sister Andrea who had received a scholarship to study at Harvard’s Kennedy School of Government. She stayed for a month auditing classes, going to events and meeting students. “It was so different from Argentina, where women were expected to conform to more traditional female roles, like teachers and nurses and eventually housewives and mothers,” Marmolejo said of her time in Cambridge, Mass.

“I loved that the female students were fully partaking in the intellectual life on campus, speaking out in classes and leading organizations. That was what I was looking for, the kind of life that I wanted to lead.”

One of her favorite expressions is: “If you can see it, you can be it.” During that month at Harvard, she saw the life she wanted. “I was determined to return to the U.S.,” she says.

Over the next few years, Marmolejo moved with single-minded resolve. She studied law at the University of Buenos Aires, completing her degree in three and a half years, ahead of the typical five. She was then accepted at Columbia’s master’s program in law. “I loved Columbia. The advanced study, immersion in U.S. jurisprudence and collaboration with so many smart people sharpened my legal skills and prepared me for practicing law in the U.S.”

Unfortunately, it didn’t prepare her for the tight job market after graduation. Nonetheless, Marmolejo managed to negotiate a six-month contract with a corporate law firm, which led to a full-time associate position. She then grasped that business in Latin America, particularly in Brazil, was taking off. “I realized the value of being fluent in Portuguese and hired an after-hours tutor,” she added.

Her multicultural background was attractive to other law firms and investment banks, including Morgan Stanley. Twelve years later, she still feels taking a position with the firm was the best decision she made. “I loved that Morgan Stanley recognized and rewarded talent with greater responsibility,” Marmolejo explains, who spent nine years in Wealth Management Legal, before moving into her current role as COO of the Client Development Group.

"Throughout my career, I’ve moved through various firms and international cultures, and have been able to absorb them quickly,” Marmolejo says. “I’ve learned the value of relationships, of making and deepening connections, and making clients and colleagues feel welcome. I know what it’s like to come from the outside, from another industry, and certainly from another culture.”

Marmolejo’s drive is stronger than ever. She is the Co-Chair of Morgan Stanley’s Latino Employee Networking Group (LENG), and was recently named a member of the MAKERS Class of 2018. “When I was asked to co-chair LENG, I felt honored. Being Hispanic is my heritage and a fundamental part of who I am. I jumped at the chance to help inspire fellow Latinos and Latinas with LENG’s programming and resources. I am proud to be in a position to advocate for more Hispanic representation at Morgan Stanley,” Marmolejo says. Meanwhile, on the MAKERS storytelling platform, “I can share my own journey as a professional and as a Latina.”

Marmolejo’s contributions to the Hispanic community extend beyond the firm. Since 2015, she has been a trustee of Museo del Barrio in New York City and is a board member of LatinoJustice PRLDEF (formerly the Puerto Rican Legal Defense and Education Fund), a national civil rights organization that fights discrimination against Latinos through advocacy, litigation and education. She is also a trustee of Xavier University of Louisiana and a member of the board of the nonprofit Turn Around for Children.

“If people can learn from my story, struggles and triumphs, then I feel I’ve done my job in showing other Latinas, and people overall, that moving up the ladder through hard work and doing your personal best is possible, no matter where you start.”

Markets have spent the week increasingly concerned about the coronavirus, but Chief Investment Officer Mike Wilson says there’s a lot more going on beyond the headlines. 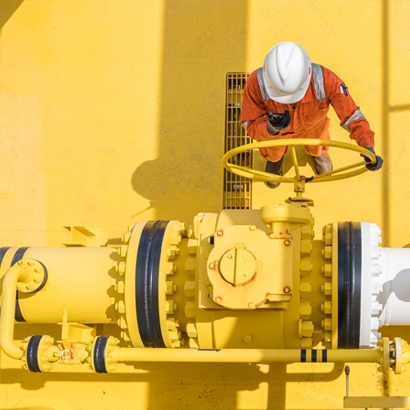 Rising Oil Prices and Your Portfolio

While higher oil can lift energy stocks, it can also foreshadow a downturn in markets. 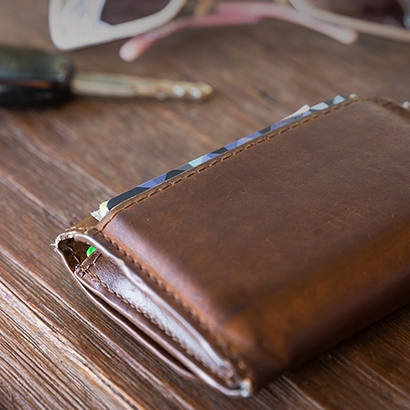