What Veterans Bring to Morgan Stanley

Whether it’s extraordinary attention to detail, a commitment to a common purpose or an ability to think on the fly, the qualities that make great soldiers also allow these veterans to excel at Morgan Stanley.

When Jen Easterly was thinking about taking a job as Global Head of Morgan Stanley’s Fusion Center, which is tasked with preventing, detecting and responding to cyber threats to the firm and its clients, she looked first at the skill set she would bring to the table. A former Army intelligence officer, she had served in command and staff positions around the world, including standing up the Army’s first cyber operations unit and later working as Special Assistant to the President and Senior Director for Counterterrorism, responsible for leading the development and coordination of global counterterrorism and hostage policy.

And while working for a bank might not seem a likely career move given her resume, Easterly saw it differently. “It was really an extension of the national security mission that I had done for 27 years,” she says. “It’s about protecting a firm that is a part of the fabric of our economy. This was, first and foremost, a purpose-driven mission similar to what I was a part of in the Army.”

Easterly is just one of hundreds of veterans who bring a diverse set of attributes and a common experience to Morgan Stanley, an experience that those who lead the Firm’s Veterans Employee Network see as invaluable in informing their careers here. Says Jeff McMillan, a West Point graduate and former Army officer who is now Chief Data and Analytics Officer for the Wealth Management Division, “The military teaches you to problem-solve in a way that’s not strictly linear. Because if you’re in a combat situation, all the training and the rules and the process sort of go out the window. You have to adjust quickly and make decisions based on the information you have in the moment.”

Financial services is similar, he adds. “I don’t want to overdo the comparison because the stakes are obviously much higher in combat than in trading. But the military trains you to be comfortable with uncertainty, and that’s a good skill to have at Morgan Stanley.”

For McMillan, that uncertainty included his career path as a civilian, which began in 1993. A job in institutional sales at another bank, his second after leaving the Army, turned out to be the wrong fit. “I found out it wasn’t really something I liked, or, in all honestly, that I was any good at. I was better suited for roles that required strategic thinking and emphasized leadership and coordination.”

McMillan’s experience is not atypical.  Building a career as a civilian doesn’t always mirror the process in the military, where, says McMillan, “Every boss is your mentor and is available 24 hours a day.” What’s more, sometimes the very skills that serve men and women well while wearing a uniform need to be tweaked once they return to civilian life.

“The military mindset is quite different from the civilian mindset,” says Joe Purcell, McMillan’s network co-chair, who spent nine years on active duty in the Navy, specializing in weapons system contracting, and is now a Managing Director in the firm’s Investment Banking Division. “It’s not necessarily as structured as the military and for good reason. For example, we want our junior people speaking up, to collaborate without being overly concerned with titles and chains of command such that it keeps them from having a voice and doing their best.”

But what leaders like Purcell and McMillan stress is that skills acquired in the military, with some fine-tuning, can be leveraged for success at Morgan Stanley. Says Purcell, “Incredible attention to detail and ability to focus are really important in the military and are a good match for what we do here, even if the context sometimes requires some adjusting.” What’s more, McMillan believes the stereotype that soldiers are too rigid to transition into the corporate world is inaccurate. “Interestingly, from a top-down perspective, the military is very open,” says McMillan. “It’s a meritocracy that values diversity of thought. It doesn’t matter what your background is as long as you can provide value to the group. That’s what leads to high-functioning teams. That sense of common purpose.”

Easterly sees another reason for veterans to work at Morgan Stanley, one that has less to with skills and experience and more to do with the corporate culture. “I grew up in the U.S. Army, which is all about putting others first, and that’s why Morgan Stanley’s approach to putting the clients first resonates so much with me.”  Purcell agrees. “I believe those values we have etched in our lobby are the closest thing on Wall Street to the values of the military. Morgan Stanley has the best culture on Wall Street for veterans in my mind, because it is mission first,” he says. “It’s an excellent fit.” 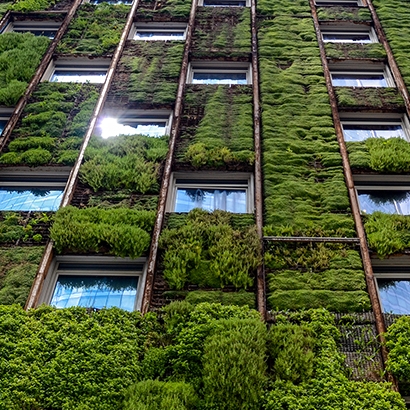 A new era of innovation in sustainable finance is transforming how companies and investors operate.

Beauty in the Eye of the Chinese Consumer

China will soon become the world's largest market for beauty products, and companies, retailers and investors all over the world are taking notice. 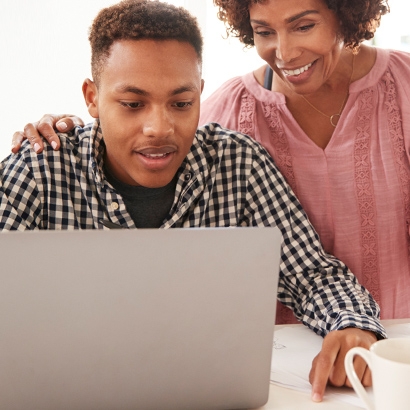 Teach your college-age child how to avoid debt pitfalls, control impulse buying and create a clean credit report for life.