8 Tips to Selling Your Tech Startup

At the age of 26, entrepreneur Jewel Burks Solomon successfully negotiated with Amazon to acquire her company, among the first black women entrepreneurs to do so. In this Access & Opportunity interview with Morgan Stanley Vice Chairman and Senior Client Advisor Carla Harris, Burks Solomon shares 8 tips from her entrepreneur playbook.

When Jewel Burks Solomon left Google for a job in the Atlanta office of McMaster-Carr, an industrial-parts distributor, she discovered that customers often had trouble describing exactly what they needed. That—along with the frustration she encountered trying to find a tractor part for her grandfather, a farmer—sparked an idea to start a business: What if people could simply use their smartphone to snap photos of the parts they needed and have computer-vision technology search for them. And thus was born Partpic, a B2B that licensed technology to parts suppliers in order to allow their customers to locate products more easily.

Though Burks Solomon was only in her early 20s and didn’t have a tech background, she was able to raise roughly $2 million in seed funding before Amazon came knocking. The tech giant acquired Partpic in 2016 for an undisclosed amount.

Today Burks Solomon is a managing partner at Collab Capital, which invests in black-owned tech and tech-enabled startups. She recently sat down for an Access & Opportunity podcast interview with Morgan Stanley Vice Chairman and Senior Client Advisor Carla Harris to talk about her exit from Partpic and to share lessons from her playbook. Here are her top tips for entrepreneurs hoping to launch and sell their own startup.

For entrepreneurs, it’s especially important to zero in on someone who knows someone who can help get your business off the ground. “I didn't have very much money, so I had to rely on people I knew to help sell other people on this idea … and to help push it forward,” says Burks Solomon. She also sought out new contacts at events and classes held at nearby Georgia Tech. “Through having conversations with people I met there, I was introduced to experts who told me ‘This is actually right in line with what I've been studying and writing papers about for the last five or six years, but I haven't had an idea about what a real-world application might be.’"

One of Burks Solomon’s first angel investors introduced her to enough additional investors that she was able to raise $1.5 million in six months. “I reached out to a few people who knew her before I spoke with her, so that they would go to her and say, ‘Have you met Jewel? Have you met Jewel?’ By the time I finally got a chance to speak with her, she told me, ‘Everyone's been telling me about you!’"

3. Be Resilient in Your Search for Funding

Says Burks Solomon, “If you are projecting you will be between a $10 and $200 million business, there's really not a place for you to go for early stage capital. Mostly, venture is looking for multibillion-dollar exits, while banks are looking for you to have a lot of financial history and collateral. So many early stage entrepreneurs aren't able to just go into a bank and get a loan.” That funding gap, which is a particular challenge for multicultural and women-led businesses, is the reason Burks Solomon launched Collab Capital.

4. Make Sure Perception of Your Company Matches Reality

“Early on, we were being evaluated as an enterprise SAS company, which we were,” says Burks Solomon. “However, we probably should have been categorized as a deep technology company, so that we were evaluated in terms of the advanced algorithms we’d built versus how many companies we had contracts with. For that reason, I made it a goal to change our positioning in the market. One way I did that was to get exposure at tech conferences for Dr. Nashlie Sephus, who was the brains of the operation and worked on all our algorithms. That way people could recognize we were actually a company that was focused on next-level technology.”

“Don't get so close that you're giving them all your information, but build a working relationship with enough of them so that you're only a phone call away to getting more deals on the table if you suddenly get an offer,” says Burks Solomon. “That way you won’t be scrambling for counteroffers.”

6. ...And With Other Entrepreneurs

Sometimes founders are so busy chasing investors they don’t take time to meet with advisors. Bad idea, says Burks Solomon, and something in hindsight she wished she’d known not to do. “Talk to someone who's been through it before. In the few conversations I did have with people who had sold their businesses, I was able to pick up some things that made me more aware of tactics that the buyer might use in negotiations, so that was helpful.”

7. Before You Meet With Buyers, Know Your Non-Negotiables

“Before going into any negotiation, write down three things that you will stand firm on and make it clear you will walk away if those terms aren't met,” says Burks Solomon, who points out that it’s not only important that a buyer knows where you stand but that you have a framework with which to evaluate potential offers.

Burks Solomon agrees with Carla Harris that diverse entrepreneurs “likely sell too soon just because the alternatives are not attractive.” Too often founders, especially young, multicultural founders, jump at the first offer and negotiate away too much. But as Harris points out, “The fact that you’re having the conversation means you have leverage.” 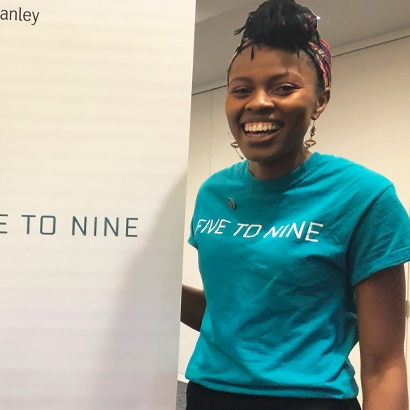 At this year’s Demo Day, diverse entrepreneurs from the Multicultural Innovation Lab took to the stage to share their unique vision for success.

Trade disputes disrupted global economic growth in 2019, but with tensions and monetary policy now easing, the global economy could be on a path to recovery. 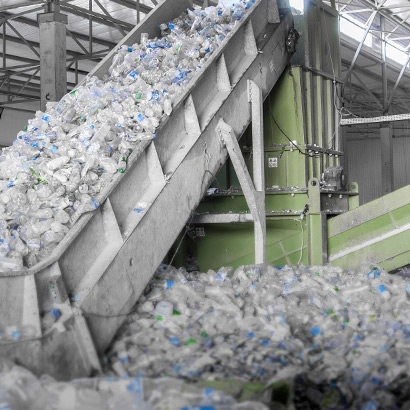 Entrepreneurs and the Race for Plastic Waste Innovation