The Power of Pride

Like the community it supports, our networking group for LGBT+ employees and their supporters has come a long way in the 13 years since it was launched.

When Morgan Stanley launched its Pride & Ally Employee Network 13 years ago, it hoped to provide an affinity group for LGBT+ employees and those committed to their causes. “At first you're just glad there's a community and that you can get support from the firm and get things done,” says Jacqueline LiCalzi, Global Head of Regulatory Relations and Executive Sponsor of the network, as well as its first co-chair.

But with backing from the firm and unwavering commitment from its members, the group grew into something far more impactful, partnering with nonprofits to help those in need, joining legal fights to advocate for LGBT+ rights all the way up to the Supreme Court, and building engagement and awareness on a global scale. “Over the years, the Morgan Stanley Pride & Ally Employee Network has evolved from a community space to a group that really drives change,” says Jen Ng, Executive Director, International Equities Division, who, with Chuck Burke, Managing Director and Head of Global Marketing for Investment Management, serves as its current Global Co-chair.

One important way the firm has led in this area is through legal channels. Morgan Stanley was the only major financial institution to sign two separate amicus (“friend of the court”) briefs before the Supreme Court in 2013, advocating for equal protections for same-sex marriage in California and the overturning of the Defense of Marriage act.

And 2015 saw one of the biggest moments in the network’s history, when LiCalzi and her then-co-chair of the Pride & Ally Network, Chad Shampine, approached the firm’s leadership about signing on to an amicus brief supporting federal marraiage equality. LiCalzi not only helped usher it through the firm’s compliance and governance in time for oral arguments on the landmark case, but also helped gain additional support from other financial institutions.

“Another bank with a big retail business felt that if Morgan Stanley could do it, then they could align alongside us,” says LiCalzi. “The fact that we could show this broad support across corporate America gave the court comfort that they were not so far ahead of public opinion.”

Morgan Stanley also signed an amicus brief before the Supreme Court, arguing that Title VII of the Civil Rights Act of 1964 prohibits employment discrimination based on sexual orientation or gender identity. The court agreed in its landmark decision in the case of Bostock v. Clayton County, Georgia. In Hong Kong, the firm joined the legal fight of a British woman who was denied a spousal visa by the Hong Kong government because she is in a same-sex partnership. Hong Kong’s Court of Final Appeal later handed down its unanimous decision in favor of the plaintiff, and the firm was cited by the press for its role in bringing about that ruling.

The network serves the LGBT community in other ways, including through various sponsorships and initiatives with leading non-profits around the globe. One such organization is The New York LGBT Community Center, a local outreach provider in New York City’s Greenwich Village that since 1983 has offered the LGBT+ community advocacy, and health, wellness and family support programs, as well as cultural events.

The partnership is about more than financial support, though that has proved critical, particularly during the pandemic. “We love working with an institution that believes in intersectional inclusivity and allyship, and it’s been clear to me that that has been foundational at Morgan Stanley,” says Glennda Testone, Executive Director of The Center.

Similarly, the firm has committed its talent and resources to support the Ali Forney Center, the largest agency in the country dedicated to homeless LGBT+ youth, which provides meals, housing and medical and mental health services to nearly 2,000 young people a year.

In Singapore (as well as in Hong Kong) the firm sponsors Pink Dot, a groundbreaking rally and fundraising event for the LGBT+ community there that began in 2009 as the country’s first open-air LGBT+ supportive event, while in India, it supports the KASHISH Mumbai International Queer Film Festival, South Asia’s largest LGBT+ film festival, since 2019.  “The festival, which this year screened 184 films from 53 countries, draws thousands of people from all backgrounds, not just LGBT+ community,” says Chitra Krishnan, a Vice President in Operations Technology and Co-chair of the India Pride & Ally Network. This year Morgan Stanley sponsored a corporate roundtable on the topic of D&I at the event.

In Europe, the network’s Glasgow chapter supports Stonewall, an LGBT+ rights organization  that aims to drive positive change in public attitudes and public policy, including working for a legally enforceable ban on conversion therapy across the UK and promoting LGBT+ equality in the workplace. The network’s London chapter, which was luanched in 2003 as GLEAMS, Gay and Lesbian Employees at Morgan Stanley, recently partnered with Just Like Us, a non-profit that works with schools across the UK to improve the lives of LGBT+ young people. Among their many initiatives: a program whereby trained volunteers, visit middle and high schools to talk about growing up LGBT+ and allyship. “Morgan Stanley has always made youth a focus of their efforts to give back, and by partnering with Just Like Us and helping to train their ambassadors, we allow them to reach many more students with their supportive, positive messaging,” says Michael Horridge, an Executive Director in our Fixed Income Division in London and Chair, Europe, Middle East and Africa (EMEA) Pride & Ally Network..

Our impact, both global and closer to home

.All of this has had a profound impact, not only raising awareness about challenges facing the LGBT+ community but helping to address them as well. And that work has not gone unnoticed.  In addition to receiving a perfect score on the Human Rights Campaign Foundation’s Corporate Equality Index 16 years running, Morgan Stanley has been recognized as a Stonewall Diversity Champion, named a Top Five Employer on the 2019 Hong Kong LGBT+ Inclusion Index by Community Business and received a Gold Standard in the 2017 PRIDE Index conducted by Work with Pride in Japan.

As the journey for LGBT+ equality and equity continues, the network’s impact can be felt inside the firm as well, even in these challenging times. “I am so proud that the network has helped to create an environment where more and more colleagues have the confidence to be their authentic selves at work,” says Ng. “But it’s not just LGBT+ employees I hear from. There are also those who engage with the network to show support and to learn how to be a better coworker, parent, friend, manager, ally. After a recent event, a colleague reached out to say they have a family member who is considering transitioning and that the network has been a safe space to learn more about the community and how better to support them. Our slogan says it all: #UnitedTogether.”

The Senate just passed the Inflation Reduction Act which seeks to fight inflation on a variety of fronts, but the most pressing question is, will the IRA actually impact inflation? 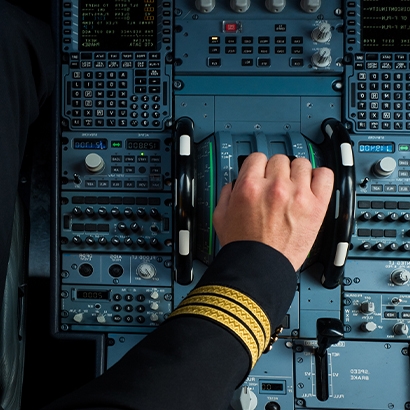 With the Federal Reserve’s 75-basis-point rate hike last week, the probability of recession has doubled and stocks are under increasing pressure. How should investors prepare for what may come next? 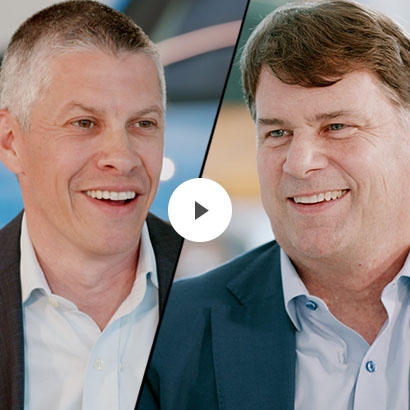 A New Era of Innovation at Ford: Jim Farley, CEO

Watch as Morgan Stanley gets an inside look at why Jim Farley, the CEO of Ford, is gearing up for a new era of transportation.

Get Your Career Started at Morgan Stanley