How an Outside Opinion Benefits Major UK Cancer Nonprofit

By any measure, Cancer Research UK (CRUK) is huge success. The London-based nonprofit organization is the world's largest independent funder of cancer research, focused on finding ways to better prevent, diagnose, treat and, ultimately, cure 200 types of the disease. Its reach is enormous, and yet the majority of its funding comes from donations and a network of nearly 600 thrift shops across the UK.

“We generate over £600 million [$725 million] of income a year, but we wanted a fresh pair of eyes to see what else we could do," says Dulcie Ireland, Senior Innovation Manager at the charity.

To explore new ways to raise funding, CRUK turned to Morgan Stanley and its Strategy Challenge pro bono program, which pairs nonprofits with the firm’s rising talent to help them solve strategic issues. Morgan Stanley launched the program in its U.S. offices in 2009; the UK version is in its sixth year.

The five-member Morgan Stanley team assigned to help CRUK immediately saw that it faced a larger-than-usual challenge. “Cancer Research UK has over 5,500 employees and 40,000 volunteers. That's bigger than Morgan Stanley’s London office,” said Karan Buch, a Vice President in Human Resources, noting the difficulty in coming up with ideas for an already thriving organization. “This wasn't a situation where we were looking to tweak around the edges. We were looking for transformational change."

Buch and his teammates, all Vice Presidents, including Navita Vashisht from Fixed Income, Mae Wang, from Investment Banking, Michael Thurgood from Legal and Compliance, and Yosyp Sidor from Internal Audit, started by brainstorming with CRUK's own transformation team. “The response to a lot of our ideas was: ‘Oh, we tried that already,’ ” Buch recalls.

As the team homed in on its unique proposal, however, it needed CRUK to settle a critical question: Should the organization monetize its research by developing saleable educational products and services? “It was a sensitive subject—systematically commercializing the training around cancer and cancer treatment,” Buch says. “But it was imperative for the organization to find new areas of funding, in order to sustain its research."

The turning point came after the Strategy Challenge team had interviewed people across the organization and defined a key distinction in its core mission. “We realized that CRUK is really focused on finding cures for cancer, not directly treating people who have cancer," says Buch. Having established that distinction, the Morgan Stanley team got approval from leaders at the charity to proceed with proposals to explore monetization of its training capabilities.

Education Is the Answer

The charity already raises money indirectly from its research, through patents on drugs and treatments developed by the scientists it funds. But the Morgan Stanley team suggested taking that effort further, by developing cancer education and training programs for a global market. While the charity has long offered certain educational programs to the public for free, Morgan Stanley's insight was that institutions would pay to access knowledge tailored to their specific needs.

The team ultimately recommended that CRUK develop courses to market to universities, corporate wellness programs, and accredited programs for health professionals. Topics could include cancer care, the biology of cancer, and the latest research in prevention, diagnosis and cures. The programs could be offered in-person and online. “This was an opportunity we hadn't considered on this scale internally," CRUK’s Ireland says.

Sizing Up the Opportunity

The team also developed a framework that allowed CRUK to consider which geographic markets to target and the size of the opportunity in each region. “That's an amazing tool we're already using. It's really helping with our strategic planning," Ireland says.

The charitable sector in the UK faces increasing funding challenges; however, the Morgan Stanley Strategy Challenge UK Team estimates that by developing educational programs, CRUK could potentially raise enough to cover at least a portion of any resulting shortfall and potentially more than enough to cover it.

The Morgan Stanley team also came away with its own insights about themselves and the value of teamwork. “We had an investment banker, someone from the Fixed Income division, a lawyer, an auditor and someone from Human Resources," Buch says. It wouldn’t have been obvious to an outsider how their individual expertise would help develop the final strategy. Yet, working as a team, pooling their analytical skills and insights and relying on each other's strengths yielded the strategy they presented as a group at the final Strategy Challenge event, alongside five other teams.

“It was a lesson to bring your whole self to the client; don't limit yourself based on job titles,” says Buch.

Winning the Strategy Challenge was gratifying given the importance of CRUK's mission, he adds. “Everyone is impacted by cancer at some point—personally, or through family and friends. Making a difference in this area was meaningful to all of us."

For CRUK, the Strategy Challenge team provided an outsider’s perspective and recommendation that the sprawling organization might not have otherwise developed. “The Morgan Stanley team impressed us with their dedication, commitment and passion for the challenge," Ireland says. “They identified an exciting new idea that will help us achieve our vision of bringing forward the day when all cancers are cured." 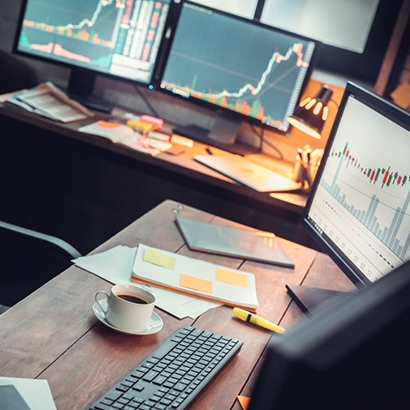 Carla Harris talks with Monika Mantilla, President and CEO of Altura Capital and co-founder and Managing Partner of Small Business Community Capital, working to connect emerging managers and small businesses with the capital they need. 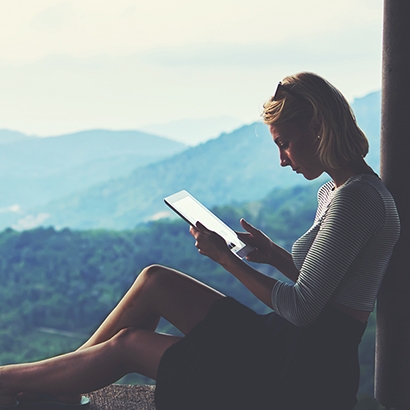 How Millennials and Gen Z Could Reinvent Banking

Millennials and their younger cohort will reshape the financial industry in their tech-savvy, mobile-first image, with ramifications for all consumers, companies and investors. 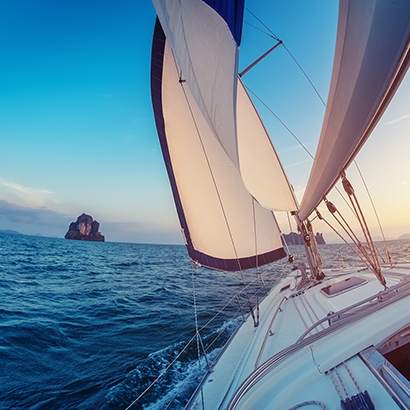 A new study shows that sustainable funds provide both financial performance and lowered risk, as well as ways to invest responsibly.