Alice Vilma Looks Back on Paying It Forward

Learn how the experience advising a nonprofit early on in her career became a seminal part of Morgan Stanley Managing Director Alice Vilma’s professional and personal journey.

When Alice Vilma’s supervisor first approached her about participating in Morgan Stanley’s annual Strategy Challenge, she was excited but curious: What would it be like working with a team of colleagues from different parts of the firm to try to solve a problem for an unfamiliar nonprofit?

It was 2011, and Vilma, then a Vice President on the securitization team in the Global Capital Markets business, was among the lucky few to be tapped for the Strategy Challenge. Each year, managers in Morgan Stanley’s New York and London offices select some of their best and brightest to participate in the Strategy Challenge, which pairs four-person teams of employees plus a Managing Director advisor to nonprofits that are wrestling with key strategic questions.

For 10 weeks, the employees—who are simultaneously working full-time at their regular jobs—engage with their nonprofit partners and come up with a set of actionable recommendations to give to the charity and present to a panel of judges. This year’s Strategy Challenge, which runs from March through May, involves 56 employees—with Vilma now as a Managing Director advisor—and 14 charities in New York and London.

These pro bono consulting projects not only help the nonprofits, which typically adopt one or more of the recommendations, but also the employees, who have the opportunity to widen their skill sets and expand their networks inside and outside the firm. “My managing director told me the Strategy Challenge would be an interesting opportunity that would broaden my horizons,” Vilma recalls, “and I said, ‘sure,’ because I really like different experiences and working with different people.”

Looking Back at Engaging with the Nonprofit

As a participant in 2011, Vilma was assigned to a team tasked with helping The Olana Partnership, a nonprofit organization that runs the Olana State Historic Site, a 250-acre property that is the former home of the landscape painter Frederic Edwin Church, a central figure in the Hudson River School of American artists. The Olana Partnership asked the team for help finding new ways to support the restoration, development and improvement of this designated National Historic Landmark on the eastern shore of the Hudson River in upstate New York when it experienced the loss of state funding.

Vilma’s team got to work looking at the organization’s financial model and its existing and potential revenue streams, meeting weekly to hash out ideas and build out new financial models based on varying sets of assumptions. The foursome maintained an ongoing dialogue with Olana’s board of directors and top executives, talking through what might be possible for the organization. Could they serve food at the historic property? Hold fundraising galas? Partner with local chefs for farm-to-table suppers? Charge admission? Conduct more community outreach?

As part of their due diligence, Vilma and her three teammates took a day trip to the property and looked at the fundraising strategies of analogous public-private partnerships, like the Central Park Conservancy and the Museum of the City of New York. “Even though Olana did not need to turn a profit to fulfill its mission, we were nevertheless very much focused on market-based ideas to solve some of the group’s challenges,” Vilma says.

Working with three strangers from different parts of the firm proved to be its own challenge—and reward. “We didn’t agree on everything, of course, but we at least understood where everyone was coming from and really worked to get everyone on the same page,” Vilma said. Olana embraced many of the team’s recommendations, while others—such as serving food—turned out to be impractical.

During an interview in her office recently, Vilma checked the Olana website and was gratified to see that, eight years after the challenge, “they’re still doing some of the things we suggested.”

This year is the 11th anniversary of the Strategy Challenge, and Vilma is again participating—this time as a Managing Director advisor to the team partnered with the New York-based charity, Prep for Prep, a nonprofit that develops ethical and effective leaders who reflect our diverse society for the enduring benefit of all. The organization has been a grant recipient of the firm and the Morgan Stanley Foundation for over 20 years.

Vilma has a veteran’s perspective to share with all of the people who are involved in the program this year: “You’ll do something that’s a little bit different from your regular job, and you’ll have the chance to form long-lasting relationships within the firm," she says. "You’ll use your skills, you’ll learn new skills, and by the end you’re going to think about things in a fresh new way.”

And no matter the outcome, everyone wins, Vilma says, adding, “The part that touches me the most is this: you have the chance to make a real impact.”

For Vilma, the lessons she learned during the Strategy Challenge still resonate today. As the head of the Multicultural Innovation Lab, she helps advise the multicultural and women business founders selected for the firm’s startup accelerator program. Mentoring these entrepreneurs, she says, is not all that different from devising a game plan for Olana. “In both situations, you’re thinking holistically, you’re asking organizations how they think about themselves and what they want for themselves.”

Vilma began her career at Morgan Stanley in 1999, right out of college. Later, she attended Harvard Business School and rejoined the firm in 2009, the same year the Strategy Challenge first launched. “The experiences I had in the Strategy Challenge made me realize I was in the right business, because I really like giving advice,” Vilma says.

Each year, the Strategy Challenge culminates in a day-long event, at which each team presents tailored, actionable recommendations for their client to senior firm leadership and a panel of private and nonprofit sector experts, who then select winning teams in New York and London. Team recommendations have led to more effective business models, expanded services, and productivity improvements, all in the service of the nonprofit’s mission.

No doubt having experience in the strategy trenches will allow Vilma to play an integral role on her team this year.

How to Succeed at Volunteering

Want to get involved in community service but aren’t quite sure how? Here are some tips and advice. 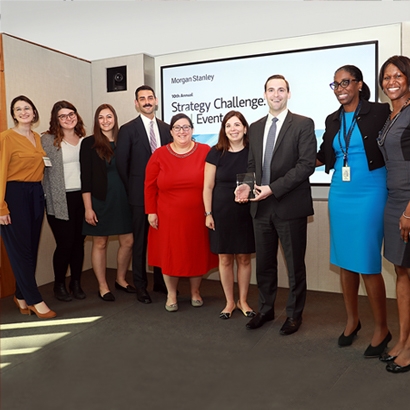 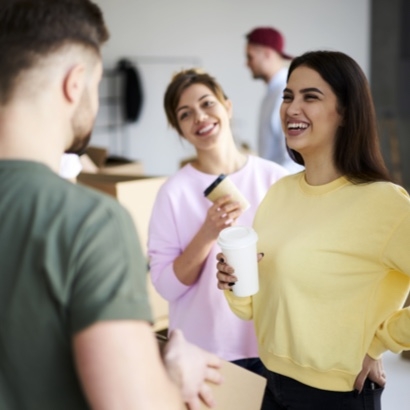 Pro bono service benefits the employees as much as the nonprofits they help.