A Garden Grows by Its Grass Roots

After debuting at the 2015 Royal Horticultural Society Chelsea Flower Show, one of the best-known horticultural shows in the world, the Morgan Stanley Healthy Cities Garden brings positive change to an East London neighborhood.

It has been four years since volunteers replanted the Morgan Stanley Healthy Cities Garden in its entirety in Poplar, a residential area close to the busy financial district of Canary Wharf. Today, not only is the project fulfilling its promise as a beautiful oasis in the heart of a bustling urban environment, but local residents have turned the garden into something even more—a place that is truly their own.

Thriving in a once-vacant lot, the garden has sparked ideas for further enhancing the space. Additions include a greenhouse, where people grow their own food; a kitchen for nutritional workshops and cooking classes; and a play area specifically for local children. The community has embraced these updates how they have enriched the ways in which residents use the space.

Within the garden itself, close-clipped, geometric-shaped hedges that first met acclaim at the Chelsea Flower Show now serve as a labyrinth for groups of children, who have room to roam in an area of the city where green space is in short supply. While children play, residents gather to unwind and connect with one another, sharing tips on gardening and the joy that comes from being part of a community.

A Show Garden with Purpose

Morgan Stanley partnered with British plantsman Chris Beardshaw to create the garden as part of the firm’s Healthy Cities program. In cities around the world, the program brings together the fundamentals children need for a healthy start—wellness, nutrition and play.

Beardshaw’s blueprint for the garden was an artistic interpretation of the meaning of “community,” with pops of bright plantings that served as a metaphor for the social diversity of a rich community. Over time, that artistic vision has taken on a life of its own.

On any given day, people of all ages can be found in the garden, reflecting the original spirit of Beardshaw’s design. He thoughtfully incorporated details to encourage the use of the garden by as many people as possible, such as allowing space for raised planters where residents grow fruit and vegetables and a colorful seating area for conversation or quiet contemplation.

The Start of a Tradition

To date, Morgan Stanley and Beardshaw have partnered on five gardens at the Chelsea Flower Show. Although each project has been uniquely beautiful in its own right, all of the show gardens share a common lifecycle: They are repurposed to provide lasting benefits to local communities and charities.

The Poplar project’s success powerfully demonstrates the magic of a communal garden. A small plot of green space has had an enormous impact, encouraging new friendships and creating a place where children can simply be children. Ultimately, it’s the people of Poplar who are bringing the garden—and its benefits—to life.

Read more about the 2019 Morgan Stanley Garden and how Beardshaw’s design explored new ways for gardeners to manage resources more sensitively. In keeping with tradition, the garden’s plants and landscape materials will be repurposed to benefit three public housing communities in East London after their initial stint at the Chelsea Flower Show. 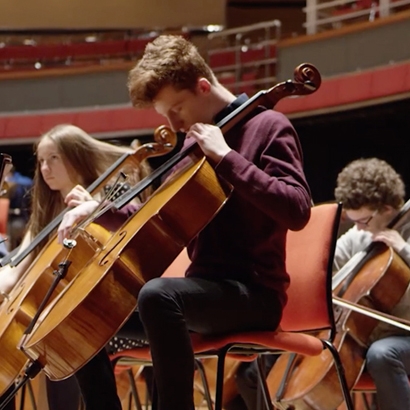 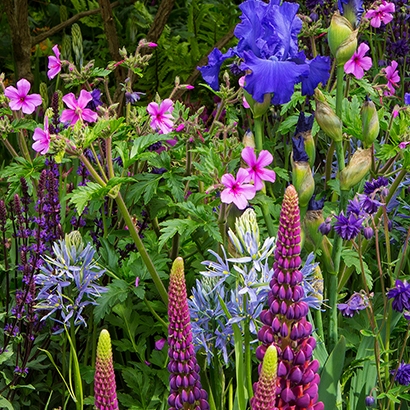 Chris Beardshaw shares tips on how you can carefully manage resources in your own garden. 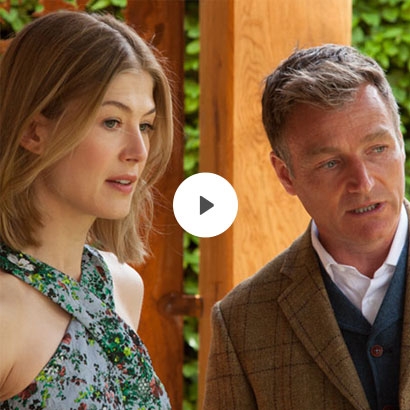 Plantsman Chris Beardshaw shows actress Rosamund Pike the Morgan Stanley garden for GOSH, now on display for a week at London’s event of the season.