How a 'Youth Boom' Could Shake Up Spending Trends

Millennials and Gen Z are set to overtake Baby Boomers as the dominant U.S. consumers in the coming years. Which retail categories might benefit from the generational passing of the prime spending baton?

With Generation Y—a.k.a. the Millennials—overtaking Baby Boomers this year as the most populous generation in the U.S., and Gen Z close behind, the country could see the dawn of an economic “youth boom,” with significant implications for retailers, the food and beverage industries, electronics and travel—and opportunities for investors.

The workforce overlap of the two outsized generations could power not only higher consumption, but also higher wages and housing demand.

This hand-off between outsized U.S. generations occurs as Millennials move through their prime spending years—they’re currently ages 22 to 39—and the oldest Gen Z enter prime spending (currently ages 7 to 22). Meanwhile, the Boomers, who currently spend more than the population average, could reduce their discretionary spending, as they retire and navigate soaring healthcare costs.

In a recent report, Morgan Stanley Research’s consumer retail team paint a nuanced portrait of U.S. consumer spending, with some subsectors poised to benefit from accelerating Gen Y and Z spending —while some Boomer-driven subsectors could face headwinds.

The latest analysis builds on a report last year from the firm’s economic-research team, along with an in-depth survey of Gen Y and Z consumers. The report found that the workforce overlap of the two outsized generations—73 million for Millennials and 78 million for Gen Z—could power not only higher consumption, but also higher wages and housing demand, all pillars of GDP growth.

“After reaching a low point of 1.7% in 2018, total consumption growth—the largest component of GDP—is projected to climb steadily to average 2.5% in the 2030s, driven by Millennials, then Gen Z, moving through their prime working years,” says retail equity analyst Lauren Cassel, lead author of the team’s report.

These same demographic factors drove strong consumption growth in 1990s, in the case of the Boomers; now, the two overlapping generations will create a similar, more pronounced, dynamic.

While the report doesn’t assume changing consumer spending patterns, it does identify secular themes, combined with demographic data, that point to areas where spending could surge.

Cassel says both generations spend a disproportionate share of their budget on mobile phones, dining out, housing and vehicles.

One key area of change could be in apparel. While the sector could face tough headwinds in the coming years—driven largely by the reduced spending from consumers 65 and older—some subsectors may buck the trend by appealing to younger demographics.

Morgan Stanley projects active wear will gain 2.5 percentage points of share from general apparel over the next five years—led by athletic footwear—thanks to strong brands, a push toward direct-to-consumer business models and innovation-led pricing power.

At the same time, retail and apparel companies with a focus on value are also well-positioned, based on data from Morgan Stanley's AlphaWise survey. “Trends are less important to Gen Z, but value remains a key determinant of purchasing behavior. Just 21% of Gen Z consumers view fashion trends as very or somewhat important, vs. 34% of Gen Y, according to our AlphaWise survey data," says Kimberly Greenberger who heads softlines retail research (clothing‎, footwear and linens). Also notable: About 50% of Gen Z respondents are likely to choose the lowest-price product over the branded one—consistent with Gen Y."

In the food category, the aging Boomer cohort could benefit grocers and companies that operate in the food-at-home space—think packaged food manufacturers and supermarkets—while the growth of Gens Y and Z may benefit companies that focus on the food-away-from-home space like restaurants and fast-food.

“Conceptually, we believe the trend favoring food-away-from-home has room to continue, mainly driven by rapidly expanding access to restaurant food via new channels, including delivery, take-out, mobile ordering, and online marketplaces," says John Glass who covers U.S. restaurants. “Younger demographics have shown a particular interest in these new channels and are most likely to use them. These channels also blur the line between food-away-from-home and food-at-home, enabling more restaurant food to be consumed at home."

Although Gens Y and Z are large and important cohorts, outsized growth in the Hispanic segment in the U.S. could be a key driver of future consumption trends. According to the U.S. Census Bureau, Hispanics are experiencing the largest percentage growth of any U.S. demographic group, and are expected to account for an increasing share of total population growth over the coming decades.

The data suggest that outsized growth in the Hispanic population will support above-average spending growth on mobile phones, food at home, apparel and housing.

Other Categories to Watch

For investors, some other areas should see a boost from changing demographics. The home improvement category appears particularly strong, driven by those 65 and older, who are more likely to engage in repair/remodel activities for personal satisfaction rather than in an attempt to raise the value of a home.

In the lodging and travel sector, companies with scale and loyalty programs, as well as those companies tied to experiential travel, appear best positioned to outperform.

For Morgan Stanley Research on Generation Z, ask your Morgan Stanley representative or Financial Advisor for the full report, “The Impact of Gen Z: Be Selective" (April 26, 2019). Plus, more Ideas.

How reliable is the maxim that a good economy means a presidential incumbent re-election? Head of U.S. Public Policy Research Michael Zezas looks at history.

In Search of a Late-Cycle Buffer

With earnings under pressure, the aging bull market is showing signs of weakness. Fortunately, strategies exist for sustainable late-cycle returns. 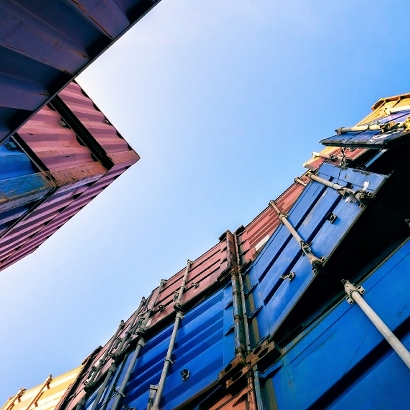 While past trade tensions have had only temporary impact on markets, the latest round could have more serious implications.