The 2020 U.S. Presidential election cycle promises to generate plenty of headlines and polarized punditry, but for investors, the key variable isn’t “Republican or Democrat”—but instead the impact of divided vs. unified government on crucial policies, including drug pricing, tax reform and tech regulation.

To illuminate investment implications, Zezas and the U.S. Public Policy Research team identified four stylized election outcome scenarios and resulting policy paths. They then drew on data from Skopos Labs, an automated artificial intelligence platform that calculates risks and opportunities from policymaking. Finally, through a collaboration with 20 other firm research teams, mapped which asset classes and sectors could be most exposed—positively and negatively.

Overall, the findings show that markets could see short-term volatility as the Election Day nears, however the name of the game is still the outcome. “This cycle, reactive investing is likely better than proactive investing. Investors should consider the outcomes, the resulting policy paths, and whether those paths are reflected in current prices,” says Zezas.

The Art of the Possible

“A presidential candidate's campaign promises shouldn’t be viewed as a ‘to-do’ list, but rather an indication of policy objectives,” says Zezas. Historically, presidents deliver on only half of their campaign promises in their first year—and that’s when their party controls both chambers of Congress.

Indeed, divided government typically means legislative gridlock—and reduced impact on policies that change economic conditions. Further, when a party with full control of both the White House and Congress does enact transformative legislation, the outcomes tend to be moderated by more centrist party members.

As examples, the final version of the Affordable Care Act passed under full Democrat control was more moderate than a proposed version with a public-health-insurance option. The Tax Cuts and Jobs Act of 2017 passed under full Republican control excluded some of the sharper proposed tax cuts in order to gain support from more budget-minded members of the party.

Although option markets aren’t currently pricing in meaningful policy changes, the indices can serve as a bellwether for sentiment. “Key signposts we're focusing on include the S&P 500 index for tax policy, Financials for financial regulation, Healthcare for prescription-drug reforms, and Technology for tech regulation,” says Zezas.

Here are the four possible scenarios (in no order of likelihood):

In this scenario, a strong economy and voter desire to keep the status quo helps President Trump with his re-election. The make-up of Congress also remains the same: A Republican-controlled Senate and a Democrat-controlled House of Representatives.

Market impact: This status quo scenario would likely mean a continuation of the current administration’s deregulation policies, benefitting the Energy, Telecommunications, Large Cap Bank and Consumer Finance sectors. For U.S rates, markets are unlikely to move dramatically, either before or after the election; the dollar could see modest pressure, as investors price out fiscal risks.

In this scenario, swing-state voters select Democrats to advance popular policy issues on topics such as health care, climate change and wage inequality. Regional economic slowdowns in farming and manufacturing centers due to trade tariffs also help Democrats on the margin.

Market impact: Voter desire for various industry reforms could lead to more regulation and oversight, putting pressure on U.S.-focused Oil & Gas, IT Hardware and Internet sectors. For rates, early signs of a Democrat presidential win could put downward pressure on markets (with variations depending on the eventual nominee). After the election, rates could remain range-bound or move slightly lower. As with “The Thin Red Line” scenario, this outcome might modestly weaken the dollar against other major currencies.

In this scenario, a strong economy and further improvements in wage growth and the labor market and drive healthy wins for Republicans. The party holds the White House and Senate, and economic strength sways moderates and independents to flip control of the House to Republicans.

Market impact: A Republican sweep might mean more tax cuts (and early extensions on existing cuts) for both households and the corporate sector, and fiscal stimulus that would likely boost U.S. GDP but negatively affect U.S. Treasuries as the federal deficit widens. In equities, Telecoms, Financials, U.S. Energy and Asset Managers would benefit from continued deregulation, while U.S rates could drift higher as uncertainty declines among CEOs, small businesses and consumers.

A slowing economy by November would hurt Republicans on their key strength—economic stewardship—and could hand the Oval Office to the Democrats. Trade could also be a factor, if tensions and tariffs resurface. The Democrats would also hold the House and pick up additional Senate seats in moderate states, such as Colorado, Arizona and Maine.

Market impact: A Democrat sweep could also boost U.S. GDP, thanks to demand-side fiscal stimulus, such as infrastructure spending. For U.S. equities, the Transportation and Renewable Energy sectors could see gains, but healthcare reforms could hamper Pharmaceuticals (though large healthcare insurers could see benefits). Increased regulation and oversight could pressure a number of sectors, including Oil & Gas, IT Hardware, Internet and Telecoms. Rates would likely move higher, given the possibility of higher fiscal deficits. As with the Red Redux scenario, fiscal stimulus would weigh on U.S Treasuries.

A Unity of Opposites

A final surprising observation is the symmetry of macro impact under the divided government and unified government scenarios—regardless of party control.

Under the unified scenarios, both parties would drive fiscal expansion, albeit using different pathways. Likewise for the divided government scenarios where the fiscal impulse would remain constant, leading to reduced impact on the economic outlook.

For Morgan Stanley Research on the 2020 presidential election, ask your Morgan Stanley representative or Financial Advisor for the full report, “2020 Vision: An Early Guide to the U.S. Election” (Nov 2, 2019). Plus, more Ideas from Morgan Stanley’s thought leaders.

Global equity markets have endured several days of losses as worries over the coronavirus continue. The question for many investors is “What to do now?” 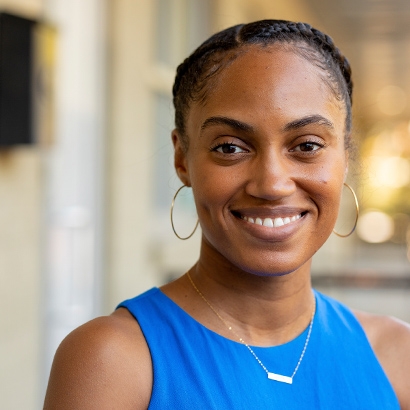 Jewel Burks Solomon successfully negotiated with Amazon to acquire her company, among the first black women entrepreneurs to do so. Here are eight tips from her entrepreneur playbook. 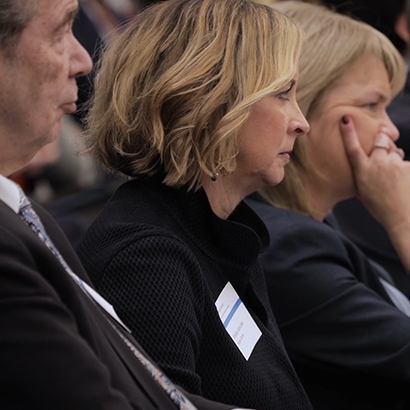