Last century, a greed-is-good Gordon Gekko was Hollywood’s famous Wall Street caricature. On today’s big screen, that banker would be leaving client meetings to work at soup kitchens or juggling business emails with requests for help from a high school kid he’s mentoring.

Post-financial collapse, Wall Street firms like Morgan Stanley are attracting college graduates who want more than just a high-paying job, and will choose a firm based on the support employees get for volunteer work.

"Working on Wall Street is exciting, and being with a firm that’s as committed to giving back as you makes a job an even more fulfilling experience,” says Matt Fitzpatrick, a Vice President in Morgan Stanley’s Institutional Equities business. “I want to be in a place where volunteering is a part of working life.” 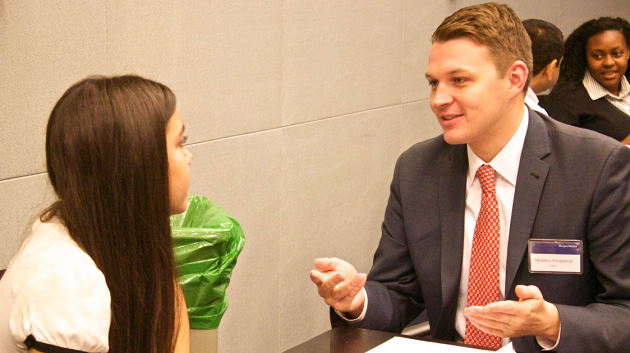 Fitzpatrick joined Morgan Stanley in 2008 when he was 23, partly because of his interest in the  financial industry, but also because its recruiters kept emphasizing they specifically wanted people who could easily fit into the firm’s culture.

“When Morgan Stanley recruiters came to my college, the one word that just kept resonating in every meeting was ‘culture’,” says Fitzpatrick. “They talked more than any other firm about a culture of giving back to the community, and that’s what made me choose the firm over other banks.”

Fitzpatrick discovered it wasn’t all talk, when after a few weeks into his job his boss asked him to an iMentor meeting. “She knew I’d just arrived from Chicago, and asked if I already had a charity I was involved with in New York. I didn’t so she suggested iMentor,” explains Fitzpatrick.

iMentor  helps high school students, many of whom hope to be the first in their family to graduate high school or college. “It’s a commitment that requires mentoring one student for three to four years,” says Fitzpatrick. “It’s not something you do because you think it’s good for you or your career. You must genuinely want to help someone.”

That said, Fitzpatrick believes he’s learned as much from his two mentees since joining the firm as they’ve learned from him.

“My second mentee was Sherry, whose parents sent him from Pakistan to New York to go to high school. Watching Sherry succeed and make it to college as an immigrant with English as a second language, and all without the support of having parents in the U.S., gave me a completely different perspective on life.”

Volunteering isn’t mandatory at Morgan Stanley, but Fitzpatrick found that campus recruiters meant it when they said it was encouraged and supported. “I’ve never had a situation where I’ve had any pushback from a manager about leaving at 5pm to meet my mentee,” he says. “And it’s not as if you are on your own. Whenever you join something, you’ll find there’s usually a bunch of other Morgan Stanley people volunteering alongside you.”

Encouragement comes in many forms; Morgan Stanley’s annual Global Volunteer Month in June being among them.  Many employees also take part in the  Strategy Challenge, an annual pro bono initiative where teams of associates and vice presidents are matched up with nonprofits in need of strategic advice.

On-going volunteering also occurs within divisions. Fitzpatrick is on the equity division’s philanthropy committee, which among other things has organized volunteer work at soup kitchens.

The firm’s support of employee volunteerism drives a culture of giving back that extends beyond just a simple volunteer event. “The best thing that ends up happening is that many of us continue our involvement with a charity after volunteering with them," says Fitzpatrick. "Some end up joining their boards or staying involved for years.” 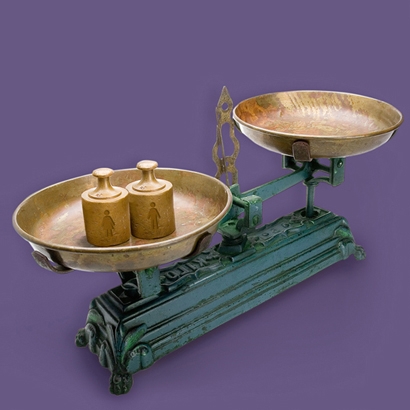 What's the impact of a better balance of men and women in the workplace on bottom lines and investment returns? 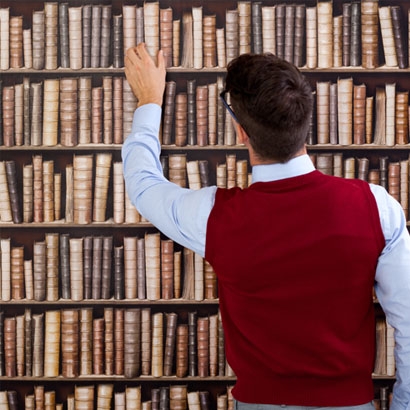 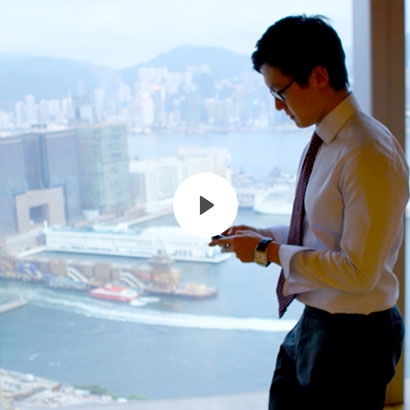