VO: Welcome to the Morgan Stanley Private Wealth Management podcast. Today on the show: How storytelling and early communication can make wealth transfer a smooth and manageable process.

VO: That’s Mitzi Perdue. Her family’s wealth dates back to 1890 with the Henderson Estate Company. But you may be more familiar with what her father founded, Sheraton Hotels. Mitzi recalls having a happy childhood, traveling to different hotels all over the world. She looked up to her father as a kind, successful leader. But in 1967, when Mitzi was 26 years old, the unexpected happened.

Mitzi: I was living in New York. My father died in Boston and it was kind of unexpected. He died at 70. And he had a sudden massive heart attack which meant that you know on top of grief, there was also the fact that suddenly I have a lot of responsibility. And at that point we still owned Sheraton.

VO: Mitzi and her four siblings inherited the controlling stake in Sheraton Hotels. Suddenly, they were faced with a huge decision: whether or not to sell.

Mitzi: [00:03:49] The feelings among the siblings were basically white hot because, little secret about personality, when your identity is at stake, boy you feel strongly. And we know that in politics. But it also happens in families.

VO: Mitzi and her siblings inherited nearly equal stock in the company. So when they had different ideas about their next step as a family, they clashed.

Mitzi: If your identity is, “I'm part of Sheraton,” the idea of giving that up, that was you know a dagger to the chest. It was who I'd been all my life.

VO: Mitzi wanted to hold onto the company, but her brothers insisted that selling their controlling stake was the right business call. In the early 1970’s, the hotel industry was changing and selling looked like the best move for their generational wealth. And to complicate the argument even further, there were other extended family members who weighed in on the decision as well.

Mitzi: The discussions, they were as strong and emotional and ugh, fraught as could be.

VO: When wealth is passed from one generation to the next, families enter a difficult transition period. Many find themselves in the same predicament as Mitzi did — arguing with loved ones, struggling with newfound responsibility, and questioning the family’s identity. Not all families make it out intact. In this episode, we’ll discuss how families can plan to pass wealth to the next generation, how to avoid conflict, and how to maintain unity as a family evolves.

David: Having something to anchor the family back to can avoid some of those squabbles over issues that might be less important than the shared purpose that the family has.

VO: That’s David Bokman, he’s the Head of Family Office Resources at Morgan Stanley. He’s responsible for helping individuals create a wealth transfer plan that best suits their family’s needs. A big part of that plan is figuring out what it is that anchors your family.

David: I think the power of story can never be overestimated. It's in whatever way you document what what the family's history was. I think it can be very powerful.

VO: And that’s exactly how Mitzi’s family was able to reach a resolution. Their shared foundation and strong familial identity brought them back together. Eventually, Mitzi agreed to sell their controlling stake.

Mitzi: It was something that was intense and blew over because we had enough of a foundation to get past it. And it was awfully hard to figure out timing but I guess maybe there was half a year of, "Good Lord what's gone on." And then I think we just went back to the structure we had before which is that we support each other, that the relationship is more important than than than money or status or anything else.

VO: You need a strong foundation in order to get through conflict. But how do you establish and maintain that strong family foundation? Or, as Mitzi puts it…

Mitzi: What's the magic key that makes these family members do well, and it also results in a cohesive family that supports each other? And there is one word which I'm going to recommend to all our listeners. And it is, brace yourself, stories. We are the stories we tell ourselves.

David: Whether you do it as a formal mission statement, which would be our recommendation, or you just are conscious and deliberate about having conversations about what brings the family together and what its mission and vision is, I think it's important in terms of keeping the family focused on what's truly important rather than going off into smaller issues that can actually create conflict.

VO: Mitzi found a creative way of keeping her family focused on what’s important– through a family newsletter!

Mitzi: I have newsletters for adults and also for children and the newsletters tell the young kids from the youngest ages — you wouldn't believe how young — the stories of what it took to build the company, uh, what problem save they came. If your ancestors came from a different country what problems they overcame to be where they are today. Just knowing where you came from and what you're about and that your family is something to cherish. And don't leave it to accident.

VO: David says it’s important for individuals in Mitzi’s position to teach younger generations about the wealth they will one day inherit.

David: Human nature is to postpone these these difficult issues. If you err on the side of assuming that you're doing it too late and that you're not doing it frequently enough, you'll probably be right.

VO: Wealth can be hard to talk about, even with your own family members. But David says the more comfortable you are discussing wealth with newer generations, the more prepared they’ll be for the inevitable wealth transfer.

David: People often are uncomfortable even thinking about the fact that they have a relationship with money. We literally had individuals from families where clearly the wealth was made in very conventional, legitimate ways tell us that they got the sense as children that there was something inappropriate or even illegal about how the money was made because why else would we be so hushed about it in the home. And that's a message nobody ever intended to give. And yet it could affect the family for generations.

VO: If wealth is a taboo subject with your own family members, it can make open communication during wealth transfer more difficult later in life.

David: The failure to address those kinds of feelings that people have, even if you just address it with yourself, but ideally depending on the family dynamic if you can have that conversation openly, that's a really powerful, that's a really powerful issue. So that's that's the kind of thing that [...] it, just like I said, it hovers over the planning and it's frequently undiscussed.

VO: Mitzi’s family doesn’t just talk openly about their origin story and their success — they also discuss their actual plans for wealth transfer. When Mitzi’s husband, Frank Perdue, passed away, the rest of the family was on the same page about how his wealth would be distributed. There were no surprises.

Mitzi: In the case of my late husband, uh he passed away at age 85 and you know, he knew that his days were numbered and he was very very very thoughtful and provident about it. I think there was kind of like, no stone left unturned in having his affairs in order. And I knew what I was going to get. The kids pretty much knew. And again, oh, I urge everybody listening, oh follow Frank's example. Don't have surprises for your family. Have them, I don't know, be prepared.

David: There's no substitute for clarity, consistency, and thoughtfulness on the part of the person who is making the transfer beforehand and to prepare people to hear what they need to hear.

VO: The key in all of this is: communicate. And not just about your wealth transfer plans! You should also be talking about your family’s story, your money, and your feelings. Communication in these areas establishes a strong foundation so that even if arguments do occur during wealth transfer, your family members have the glue to bond them back together. To recap, here are some tips to keep in mind when planning wealth transfer: Tip #1. Remember to talk to your family early on, but you don’t have to tell them everything all at once. In fact, David recommends talking to family members about their inheritance over a longer period of time.

David: It's really critical to do this in stages, to not try to have it all in one big dramatic reveal but rather to take various steps at appropriate moments to bring the information out in a thoughtful way, to take a pause and say okay here's what we've discussed so far. Is there anybody who has any unresolved questions about that?

VO: Tip #2. The wealth transfer process isn’t just about money. Typically, it’s also about an evolving leadership in the family. Make sure those in succession to the patriarch or matriarch are prepared. Here’s Mitzi again.

Mitzi: I'm absolutely fine with going with uh business advisers because, good Lord, they've seen hundreds of other people And they have wisdom that you're not going to have on your own.

David: Wealth is a magnifier. There's no question that if there are challenges, either personally or in terms of the intra-family dynamics, that the more wealth there is, the greater the possibility that the wealth will magnify those issues and some of them will get resolved and some of them won't.

VO: Wealth transfer is a big turning point for a family. But with open communication and a strong family foundation, it can help families move into a new era united. Thank you for listening to the Morgan Stanley Private Wealth Management podcast. ‘Till next time.

When wealth is passed from one generation to the next, families enter a delicate transition period. It can either exacerbate divisions within a family or bring members even closer together. We turn to Mitzi Perdue, who comes from two major family business empires — Sheraton Hotels and Perdue Farms — for lessons she’s learned after experiencing wealth transfer twice.

In this episode, Mitzi will share the story of her two very different wealth transfer experiences. We will also gain advice from David Bokman, Morgan Stanley’s co-Head of Family Office Resources and learn how to prevent conflict, reconcile disputes, and keep a family united around shared values despite emotionally fraught circumstances that may arise during wealth transfer.

Morgan Stanley Smith Barney LLC is not implying an affiliation, sponsorship, endorsement with/of the third parties named within this communication. 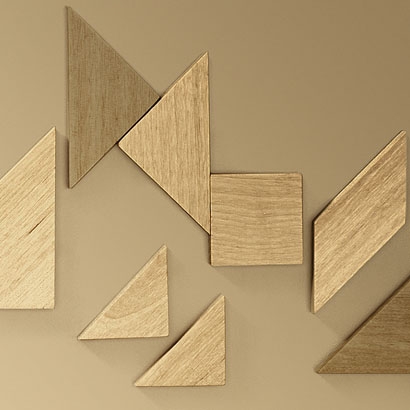 The Pyramid of Giving: How to Say Yes. When to Say No.

You can support the people and causes you care about, while turning down requests when you feel you have done enough. Katherine Lorenz, president of the Cynthia and George Mitchell Foundation, shares her story. 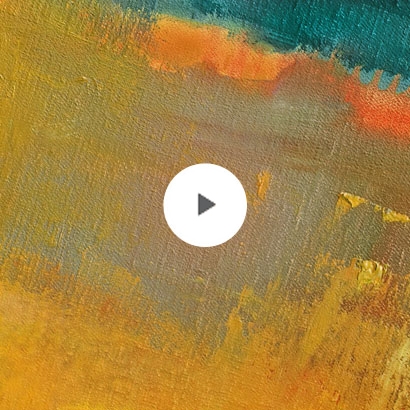 When a passion for collecting evolves into something of considerable value, a new set of considerations comes in to play. Hear what our panel has to say about collections as an investment class. 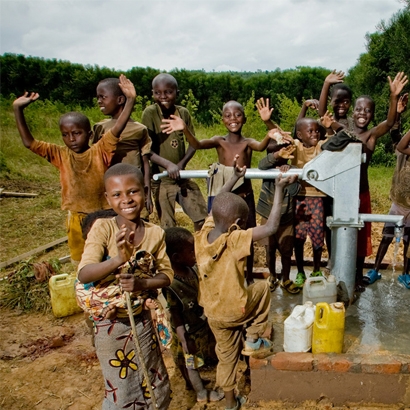 Learning to Draw Purpose From a Deeper Well

A party promoter who became an advocate for clean water in impoverished communities around the world shares insights on how to embrace our better selves by helping others.