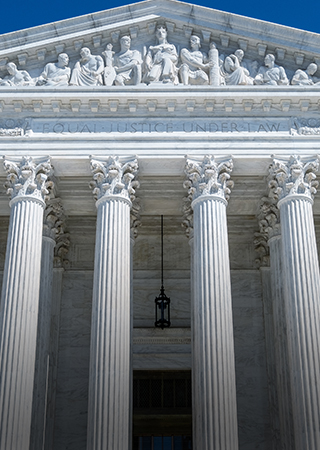 As expected, the Federal Open Market Committee (FOMC) kept the range for the federal funds rate unchanged at 0.00% to 0.25% at the conclusion of its June meeting. The FOMC pledged to “continue to monitor the implications of incoming information for the economic outlook, including information related to public health, as well as global developments and muted inflation pressures, and will use its tools and act as appropriate to support the economy.” The press release stated the FOMC will “increase its holdings” of Treasury securities and agency mortgage-backed securities at paces of $80 billion and $40 billion, respectively. However, publicizing the dollar figure diverges from previous meetings, which stated purchases would be conducted “in the amounts needed.”

In their updated dot plot, officials unanimously expect to keep rates at current levels through 2021, while 15 of the 17 officials expect rates to remain unchanged through 2022. As a result, the average federal funds forecast for 2020 and 2021 fell significantly.

While reconfirming its 2% inflation target, the Federal Reserve (the Fed) acknowledged a decline in near-term inflation expectations and cut its median Personal Consumption Expenditures (PCE) and core PCE inflation forecasts for 2020 to 0.8% and 1.0%, respectively. The FOMC projects real gross domestic product (GDP) to contract by 6.5% in 2020 but rebound significantly in both 2021 and 2022. The Fed now projects the unemployment rate to increase to 9.5% in 2020, then recover sharply in the following two years. While the meeting was generally more upbeat than prior months, the Fed’s economic projections illustrate the deterioration that COVID-19 is expected to cause. 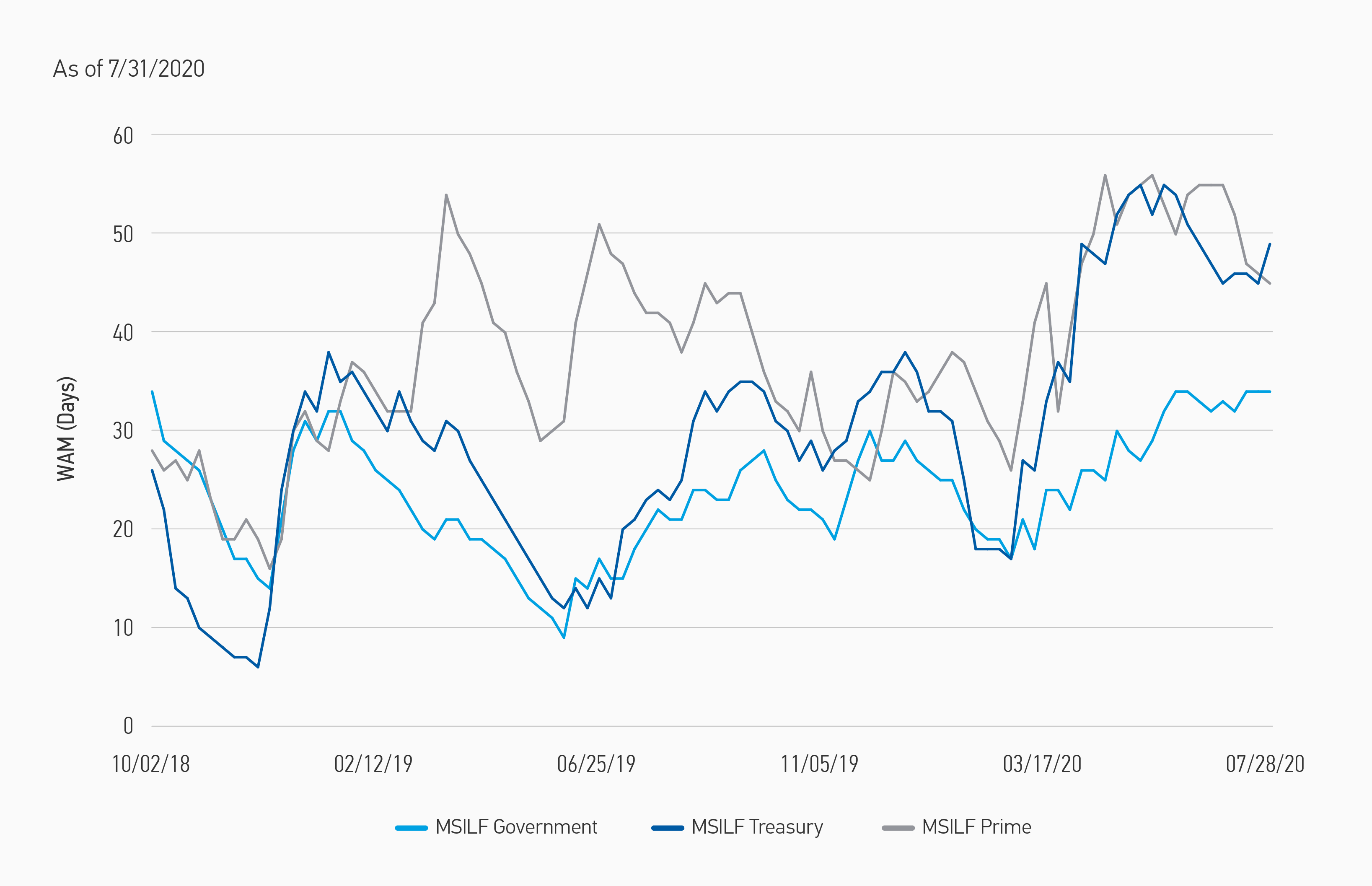 Following the June FOMC meeting, Fed Chairman Powell testified before the House Financial Services Committee, where he reiterated that the Fed is taking the appropriate and necessary steps to restore the economy.

At the European Central Bank’s (ECB) policy meeting in June, President Lagarde and the policy committee kept the ECB deposit rate unchanged at -0.50%, as expected. The committee increased the total size of the Pandemic Emergency Purchase Programme (PEPP) by €600 billion, bringing the total size of the facility to €1.35 trillion. The committee also extended the duration of the facility until June 2021 to “further ease the general monetary policy stance, supporting funding conditions in the real economy, especially for businesses and households.” At the press conference, President Lagarde said the contraction which the Eurozone faces is “unprecedented.” In contrast to her March commentary, President Lagarde now believes the contraction will be worse than originally expected.

The Bank of England (BoE) Monetary Policy Committee (MPC) met on June 17 and voted unanimously to maintain the Bank Rate at 0.10%. The MPC voted 8 to 1 in favor of increasing purchases of U.K. government bonds by £100 billion, bringing the total size of purchases to £745 billion. Purchases are to be completed by the end of 2020. In the press release, the committee stated, “Emerging evidence suggests that the fall in global and U.K. GDP in 2020 Q2 will be less severe than set out in the May Report.” Although optimistic, the committee believes the outlook beyond the second quarter is still very uncertain. The BoE anticipates precautionary activity from households and businesses to continue for some time and notes that the full extent of unemployment remains to be seen. Although the BoE increased accommodative policy and acknowledged some positive data points, the committee “will continue to monitor the situation closely and, consistent with its remit, stands ready to take further action as necessary to support the economy and ensure a sustained return of inflation to the 2% target.”

Funding conditions continued to improve throughout the month, with 3-month LIBOR rallying from 0.35% on May 29 to 0.30% on June 30. With the Fed indicating that it is “committed to using its full range of tools to support the U.S. economy,” while also pledging to keep rates near zero in the near term, the market is pricing in no changes to the benchmark policy rate until 2022. As assets continue to return to prime funds, we maintained the duration of the portfolios by purchasing longer-dated fixed-rate securities, ending the month with the weighted average maturities (WAMs) of the funds in excess of 50 days. Going forward, we remain comfortable managing the portfolio with elevated levels of liquid assets, seeking to ensure that we uphold our mandates of capital preservation and liquidity.

We continued to increase our allocation to Treasury bills and reduce the amount of overnight repurchase agreements across our portfolios, as we believe T-bills remain a better relative value. During June, T-bill yields remained in a tight range, staying in the mid-teens across the one-year Treasury curve. The U.S. Treasury methodically cut supply across most weekly bill auctions, which put minimal downward pressure on yields. The June FOMC meeting confirmed market expectations of no anticipated change in rate policy for this or next year. We bought T-bills across 1- to 6-month maturities and some agency bonds maturing next year. We continue to ensure high levels of liquidity and manage the portfolios to be responsive to changes in market conditions and interest rate levels.

Yields for variable rate demand notes (VRDNs), which represent the majority of short-term tax-exempt instruments, were largely unchanged in June. The SIFMA Index, which measures yields for weekly variable rate demand obligations (VRDOs), fell 0.01% over the course of the month to 0.13%. At the long end of the money market range, new issuance continued to bounce back and the Municipal Market Data (MMD) One-Year Note Index was little changed during the month, finishing at 0.30%. The short-term tax-exempt market is expecting to see good demand throughout the next month as the July coupon payment inflows peak and maturities exceed new issue supply.

Protecting the safety and liquidity of the portfolios’ assets remained our first priority. In the recent turbulent markets, our emphasis has been on managing liquidity and exposure to sectors and issuers that may come under stress as a result of a prolonged economic slowdown caused by the global pandemic. We continue to invest in tax-exempt securities, including VRDOs, where our credit and risk teams have confidence in the quality of the issuer, the structure of the program and the financial strength of the supporting institutions.

1 Source: Bloomberg.
2 Weighted Average Maturity (WAM): Measures the weighted average of the maturities of the portfolio’s individual holdings, taking into account reset dates for floating rate securities.
3 The Portfolio will be required to price and transact in their shares at a floating net asset value (“NAV”) and will be permitted to impose a liquidity fee on redemptions or temporarily restrict redemptions in the event that the Portfolio’s weekly liquid assets fall below certain thresholds.
4 Government and Treasury Funds are Stable NAV funds.

The views and opinions expressed are those of the Portfolio Management team as of July 1, 2020 and are subject to change based on market, economic and other conditions. Past performance is not indicative of future results.

Past performance is no guarantee of future results. This document represents the views of the portfolio management team. The authors’ views are subject to change without notice to the recipients of this document. It does not reflect the opinions of all portfolio managers at Morgan Stanley Investment Management and may not be reflected in other strategies and products that the Firm offers.

This material is a general communication, which is not impartial and all information provided has been prepared solely for informational and educational purposes and does not constitute an offer or a recommendation to buy or sell any particular security or to adopt any specific investment strategy. The information herein has not been based on a consideration of any individual investor circumstances and is not investment advice, nor should it be construed in any way as tax, accounting, legal or regulatory advice. To that end, investors should seek independent legal and financial advice, including advice as to tax consequences, before making any investment decision.

Current and future portfolio holdings are subject to change. The forecasts in this piece are not necessarily those of Morgan Stanley, and may not actually come to pass.

Please consider the investment objectives, risks, charges and expenses of the fund carefully before investing. The prospectus contains this and other information about the fund and can be obtained by contacting your financial professional, or by downloading a copy at www.morganstanley.com/liquidity. Please read the prospectus carefully before investing.

You could lose money by investing in the Fund. Although the Fund seeks to preserve the value of your investment at $1.00 per share, it cannot guarantee it will do so. An investment in the Fund is not insured or guaranteed by the Federal Deposit Insurance Corporation or any other government agency. The Funds’ sponsor has no legal obligation to provide financial support to the Fund, and you should not expect that the sponsor will provide financial support to the Fund at any time.

You could lose money by investing in the Fund. Because the share price of the Fund will fluctuate, when you sell your shares they may be worth more or less than what you originally paid for them. The Fund may impose a fee upon the sale of your shares or may temporarily suspend your ability to sell shares if the Fund’s liquidity falls below required minimums because of market conditions or other factors. An investment in the Fund is not insured or guaranteed by the Federal Deposit Insurance Corporation or any other government agency. The Funds’ sponsor has no legal obligation to provide financial support to the Fund, and you should not expect that the sponsor will provide financial support to the Fund at any time.

The Tax-Exempt Portfolio may invest a portion of its total assets in bonds that may subject certain investors to the federal Alternative Minimum Tax (AMT). Investors should consult their tax adviser for further information on tax implications.