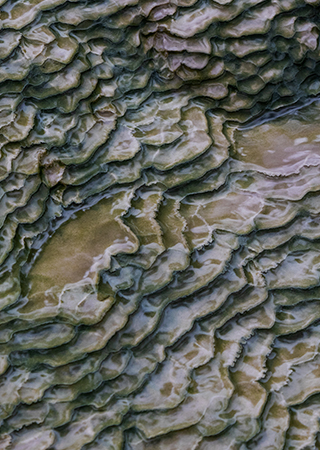 The vaccines are a potential game changer and should allow the world to return to a more normal environment, though the return of widespread social interaction and travel is dependent on a number of variables. We are encouraged by the speed of the vaccine development, demonstrating the incredible power of science and the cutting-edge analytics available to us today. The vaccine, coupled with a new U.S. administration, have led global investors to forecast a robust cyclical recovery in 2021, estimates, though, that rely on additional fiscal spending and pent-up demand needed to close a large output gap.

The Active International Allocation team’s base case for 2021 is more moderate - and we expect it to be a tale of two halves.  In the first half of 2021, we expect a solid economic recovery fueled by the ample liquidity supplied by central banks, a potential new fiscal package from the U.S., as well as some normalization of economic activity as vaccinations are rolled out.  However, the economic comparisons get hard in the 2nd half. We see a risk to more optimistic forecasts, particularly in the U.S., as political constraints could limit the fiscal spending outlook, while the trail of COVID leaves many industries displaced and with higher debt levels, the pain concentrated in small and medium enterprises that form the backbone of many economies.

Therefore, while we expect 2021 to be a return to business as usual, investors must remember that prior to the pandemic, the global economy was weakening as a result of outsized debt, challenging demographics and de-globalization. While monetary support, fiscal stimulus and an expected new “trade friendly” administration in Washington are all positive factors, many of the structural issues that were holding back the global economy remain. Many industries face a weak demand backdrop, while their indebtedness has increased. We think that while the economic outlook since November 2020 has clearly improved, the optimism in the current global stock markets may be hard to maintain.

So, as the calendar moves into the second half 2021, we see a more challenging fundamental environment, with an important caveat: policy is likely to stay stimulative, while the pain seen by small and medium enterprises is likely to benefit the large, listed corporates. This means that asset prices should continue to be supported by liquidity, where many companies will report significant market share gains that will offset the stalling of main street economic momentum.

Given this constructive but moderate view, we are maintaining our barbell positioning that has proven successful for the past 18 months. Large value sectors such as financials and energy look cheap on an absolute basis, but we are cautious on the fundamental improvements needed for these businesses to measurably improve. Central banks are likely to keep rates pinned low for years, hurting the profitability of the financial sector; while in oil, it is hard to envision oversupply issues abating without a very large cut in U.S. domestic production, a cut that would need to be coupled with several years of above average growth in global demand.

We are inclined to maintain our current sector and industry positioning, as we think that offers an upside to economic improvement but also some ballast, as many of the companies we hold have strong balance sheets, sizeable competitive advantages and high recurring revenues/strong cash generation.

Some Thoughts on Inflation and Debt

One topic always on our minds is the battle between inflation and deflation.  Since Paul Volcker squashed it in the 1980s, inflation has essentially been non-existent in most of the world over the last decade. Look at Japan and Europe, where despite trillions of dollars of asset purchases, both are currently faced with deflation.  Several structural factors have kept inflation tame, most notably China’s entrance into the world economy, an expansion of labor markets from offshoring, the emergence of a just-in-time global supply chain and productivity increases via technological innovation. However, the absence of inflation is also a direct result of a world economy hobbled by the pernicious effects of historically high debt levels.

While central banks have recently unleashed tremendous amounts of stimulus, the end of the disinflation/deflation trend is likely to be marked by more draconian solutions to high debt levels. Lower rates and abundant liquidity – aka cheap money - has allowed the world economy to continue to service their high debt levels. It also serves as a catalyst for new debt, which brings with it a short period of GDP acceleration. We have witnessed this the past decade and firmly believe it is a model that is no longer viable, as the mammoth debt piled up needs ever-increasing new debt to drive ever-less incremental growth. A vicious circle indeed.

It is our view that this debt problem must be solved by severe measures including default and/or significant restructuring - otherwise large economic actors will remain hemmed in by the constant struggle of servicing their debt. This was the exact backdrop the global economy faced in the pre-COVID years, a trend that is now reasserting itself, even as a vaccine should allow critical segments of the economy to reemerge in 2021-22.  This is not to say that the world economy is doomed and that we will not get a cyclical rebound in the upcoming year. We do expect a rebound. It is only that we think the prior trends will reemerge and return us to a subpar growth environment in the medium term. While some think that the much lauded MMT (Monetary + Fiscal stimulus) will be a game changer and lead to increasing GDP trends, even if we get such policies the experience of Japan in the last several decades argues against such an outcome. MMT-like policies have been used widely in Japan since the 1990s, resulting in only brief periods of acceleration while the economy’s trend growth rate has been stubbornly low.  We think that Japan’s experience should be the base case for our forecasts, until the global debt overhang is directly addressed.

So where do we find equity opportunities? One theme we like revolves around the metals and mining space.  Our portfolios are currently overweight copper and gold mining stocks, where we see a favorable supply and demand outlook for both of these important commodities.

For a more detail discussion on commodities please listen to audio produce by Jitania Kandhari, Co-Manager of the Active International Allocation – “The Case for Commodities This Decade.”

2020 brought many challenges to the world.  Throughout the year we have maintained our investment discipline and look to take advantage of the most promising secular and cyclical opportunities. We believe our flexible and repeatable investment process is well suited as the investment landscape moves into the post-pandemic period.  Periods of transition require a longer-term perspective and an ability to tune out shorter-term noise. As always, we remain vigilant for changes to our fundamental outlook and investment thesis, and may take actions to change the makeup of the portfolio as our reading of the economic and market conditions evolves.

We wish you, your teams and families a happy and healthy holiday season and a prosperous 2021!

RISK CONSIDERATIONS
There is no assurance that a portfolio will achieve its investment objective. Portfolios are subject to market risk, which is the possibility that the market values of securities owned by the portfolio will decline and that the value of portfolio shares may therefore be less than what you paid for them. Market values can change daily due to economic and other events (e.g. natural disasters, health crises, terrorism, conflicts and social unrest) that affect markets, countries, companies or governments. It is difficult to predict the timing, duration, and potential adverse effects (e.g. portfolio liquidity) of events. Accordingly, you can lose money investing in this portfolio.  Please be aware that this portfolio may be subject to certain additional risks. In general, equities securities’ values also fluctuate in response to activities specific to a company. Investments in foreign markets entail special risks such as currency, political, economic, market and liquidity risks. The risks of investing in emerging market countries are greater than the risks generally associated with investments in foreign developed countries. Stocks of small-capitalization companies entail special risks, such as limited product lines, markets, and financial resources, and greater market volatility than securities of larger, more-established companies. Derivative instruments can be illiquid, may disproportionately increase losses and may have a potentially large negative impact on the Portfolio’s performance. Illiquid securities may be more difficult to sell and value than public traded securities (liquidity risk). Non-diversified portfolios often invest in a more limited number of issuers. As such, changes in the financial condition or market value of a single issuer may cause greater volatility.

The views and opinions are those of the author as of the date of publication and are subject to change at any time due to market or economic conditions and may not necessarily come to pass. Furthermore, the views will not be updated or otherwise revised to reflect information that subsequently becomes available or circumstances existing, or changes occurring, after the date of publication. The views expressed do not reflect the opinions of all portfolio managers at Morgan Stanley Investment Management (MSIM) or the views of the firm as a whole, and may not be reflected in all the strategies and products that the Firm offers.

Forecasts and/or estimates provided herein are subject to change and may not actually come to pass. Information regarding expected market returns and market outlooks is based on the research, analysis and opinions of the authors. These conclusions are speculative in nature, may not come to pass and are not intended to predict the future performance of any specific MSIM product.

The information herein is a general communications which is not impartial and has been prepared solely for information and educational purposes and does not constitute an offer or a recommendation to buy or sell any particular security or to adopt any specific investment strategy. The material contained herein has not been based on a consideration of any individual client circumstances and is not investment advice, nor should it be construed in any way as tax, accounting, legal or regulatory advice. To that end, investors should seek independent legal and financial advice, including advice as to tax consequences, before making any investment decision.

This communication is not a product of Morgan Stanley’s Research Department and should not be regarded as a research recommendation. The information contained herein has not been prepared in accordance with legal requirements designed to promote the independence of investment research and is not subject to any prohibition on dealing ahead of the dissemination of investment research.

There is no guarantee that any investment strategy will work under all market conditions, and each investor should evaluate their ability to invest for the long-term, especially during periods of downturn in the market. Prior to investing, investors should carefully review the strategy’s / product’s relevant offering document. There are important differences in how the strategy is carried out in each of the investment vehicles.

DISTRIBUTION
This communication is only intended for and will only be distributed to persons resident in jurisdictions where such distribution or availability would not be contrary to local laws or regulations.

U.S.: A separately managed account may not be appropriate for all investors. Separate accounts managed according to the Strategy include a number of securities and will not necessarily track the performance of any index. Please consider the investment objectives, risks and fees of the Strategy carefully before investing. A minimum asset level is required. For important information about the investment manager, please refer to Form ADV Part 2.