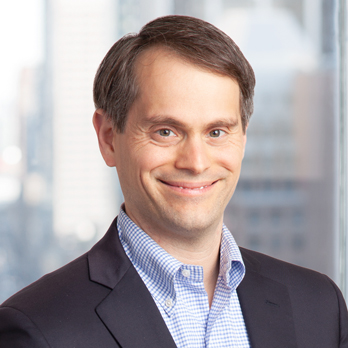 Eric Stein is the Chief Investment Officer for the Fixed Income team. He is also a member of the Morgan Stanley Investment Management Operating Committee. He is responsible for overseeing the management of investment strategies for MSIM’s fixed income platform, including agency mortgage-backed securities, emerging markets, floating-rate loans, high yield, investment grade credit, multi-sector, municipals, and securitized strategies. He originally joined Eaton Vance in 2002 and rejoined the company in 2008. Morgan Stanley acquired Eaton Vance in March 2021. Eric began his career in the investment industry with Eaton Vance in 2002. Previously at Eaton Vance, he was Co-Director of Emerging Markets and a portfolio manager on Eaton Vance’s Emerging Markets team, where he led a team of investment professionals based in Boston, Washington, D.C., London, and Singapore. Eric previously worked on the Markets Desk of the Federal Reserve Bank of New York. He earned a B.S., cum laude, from Boston University and an M.B.A., with honors, from the University of Chicago Booth School of Business. He was a term member of the Council on Foreign Relations and is on the board of overseers of Big Brothers Big Sisters of Massachusetts Bay, where he is also a member of the finance and audit committee. He also holds the Chartered Financial Analyst designation. Eric’s commentary has appeared in The New York Times, The Wall Street Journal, Barron’s, Financial Times, The Washington Post, Bloomberg, Dow Jones, Reuters, Kiplinger’s, and The Christian Science Monitor. He has been featured on CNBC, Fox News, Fox Business News, PBS, Bloomberg Radio, and Bloomberg TV.
Read More Read Less
Eric is a member of the Fixed Income Team
View Team