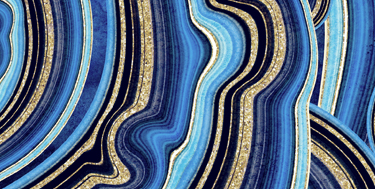 Inc.'s annual Guide to the Top 50 Founder-Friendly Private Equity Firms is the go-to resource for investors that have entrepreneurs' backs--especially in a pandemic.

Reproduced with permission of:

FROM THE NOVEMBER 2020 ISSUE OF INC. MAGAZINE

In May, as largely peaceful demonstrations over the killing of George Floyd were condemned by some who focused on sporadic violence and the destruction of a few small businesses, the satirical website The Onion published a story headlined "Protesters Criticized for Looting Businesses Without Forming Private Equity Firm First." Private equity's dismal reputation stems mostly from a subset of buyout firms that invested in distressed companies, like Toys "R" Us, that then failed. The reality is that most U.S. private equity firms are interested in helping businesses grow, not grinding them to dust. To get the truth about PE, all you have to do is ask the founders who have used it to help them grow their companies while retaining an ownership stake.

So that's what we did.

Inc.'s second annual list of founder-friendly private equity firms shines a light on 50 shops that have had success supporting founder-led companies. To compile the list, we once again went straight to the source: entrepreneurs who have sold to private equity. It's a group that's been expanding for more than two decades. In the U.S., the number of PE-backed businesses has grown 30 percent compared with 2015, according to research firm PitchBook.

While new private equity investments have slowed meaningfully since the onset of the pandemic, PE firms, armed with record amounts of capital, are completing more add-on acquisitions, which fold businesses into existing portfolio com­panies. For entrepreneurs who are now struggling, merging with a PE-backed rival could lead to the best outcome.

"We find a lot of situations where a PE firm will do an add-on acquisition and keep the founder on board," says Dave Brackett, co-founder and CEO of private credit manager Antares Capital, which has helped finance acquisitions for more than 400 PE firms. One plus to having a PE partner today, he adds, is the chance to benefit from strategies developed by the other companies in the firm's portfolio. "They can take the lessons learned in some of them that are going well and share them quickly across those 20 to 40 portfolio com­panies to get those businesses performing more quickly," he says.

For founders, taking investment from a PE firm during a downturn doesn't have to mean selling at a discount. "You might think about a kind of delayed compensation arrangement in the form of earn-outs," says Ben Persofsky, executive director of the Center for Family Business at financial services firm Brown Brothers Harriman. "Then there's still a provision that you can get rewarded for a good performance, as if Covid never happened."

In this time of uncertainty, if you are considering private equity, first decide what kind of support you need, and then identify firms with that specific expertise. "The comment 'know your investor' is probably doubly true now, particularly if it's a family business or a business you've been running for a while and you really care about your people," says Tom Stewart, executive director of the National Center for the Middle Market. "You want to do your human capital due diligence as much as your capital due diligence."

There is no assurance that a portfolio will achieve its investment objective. Portfolios are subject to market risk, which is the possibility that the market values of securities owned by the Portfolio will decline and that the value of Portfolio shares may therefore be less than what you paid for them. Market values can change daily due to economic and other events (e.g. natural disasters, health crises, terrorism, conflicts and social unrest) that affect markets, countries, companies or governments. It is difficult to predict the timing, duration, and potential adverse effects (e.g. portfolio liquidity) of events. Accordingly, you can lose money investing in this portfolio. Please be aware that this portfolio may be subject to certain additional risks. In general, equities securities’ values also fluctuate in response to activities specific to a company. Investments in foreign markets entail special risks such as currency, political, economic, market and liquidity risks. The risks of investing in emerging market countries are greater than risks associated with investments in foreign developed countries. Stocks of small- and medium-capitalization companies entail special risks, such as limited product lines, markets and financial resources, and greater market volatility than securities of larger, more established companies. Illiquid securities may be more difficult to sell and value than publicly traded securities (liquidity risk). Derivative instruments may disproportionately increase losses and have a significant impact on performance. They also may be subject to counterparty, liquidity, valuation, correlation and market risks. Privately placed and restricted securities may be subject to resale restrictions as well as a lack of publicly available information, which will increase their illiquidity and could adversely affect the ability to value and sell them (liquidity risk).

The views and opinions are those of the author as of the date of publication and are subject to change at any time due to market or economic conditions and may not necessarily come to pass. Furthermore, the views will not be updated or otherwise revised to reflect information that subsequently becomes available or circumstances existing, or changes occurring, after the date of publication. These views do not constitute investment, financial, tax or other advice. The views expressed do not reflect the opinions of all portfolio managers at Morgan Stanley Investment Management (MSIM) or the views of the firm as a whole, and may not be reflected in all the strategies and products that the Firm offers. The information contained herein may refer to research, but does not constitute an equity research report and is not from Morgan Stanley Equity Research.

Forecasts and/or estimates provided herein are subject to change and may not actually come to pass. Information regarding expected market returns and market outlooks is based on the research, analysis and opinions of the authors. These conclusions are speculative in nature, may not come to pass and are not intended to predict the future performance of any specific product.

All information provided has been prepared solely for information purposes and does not constitute an offer or a recommendation to buy or sell any particular security or to adopt any specific investment strategy. Investing involves risks including the possible loss of principal.