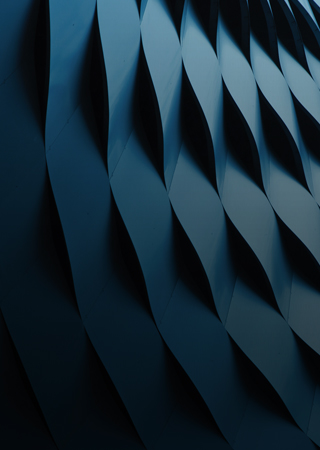 Containing Inflation The Fed cannot lower inflation and keep it contained within its 2 - 2.5% target all by itself. What is required is coordination between both monetary and fiscal policy in order to sustainably rein in significant inflation risks. These were the tools used to lower and contain inflation in the 1980s and are again necessary to lower inflation to target levels and, most importantly, keep it there.

The narrative forwarded today is that the Fed needs to cure the inflation infirmity only through monetary policy, much like the former Fed Chair Paul Volcker did in the 1980s. However, this narrative is only a half-truth because, similar to the 1980s, today’s inflation is being driven by a supply shock as well as an increase in demand. This means that a supply-side response supported by fiscal policy is needed in addition to a monetary policy response, which only serves to decrease demand by increasing the cost of money and credit.

It is understood now that the shortages in goods and labor that brought about higher prices and wages were not transitory, but instead resulted in a wage-price spiral that has created persistent inflation risks. These shortages need to be addressed by fiscal policy, namely government spending, regulation and taxation, all designed to increase the productive capacity of the U.S. economy such that supply meets demand. If the Fed relies on raising interest rates alone, it may only succeed at deflating asset valuations. The focus on monetary policy alone might also create a recession, but inflation may remain sticky and bounce even higher once the economy recovers. It is imperative that productive capacity is increased requiring a supply-side policy response.

A Lesson From the Volcker Era

A common misunderstanding is that aggressive rate hikes by Volcker in the 1980s solved the inflation problem, period. However, a broader and more correct account would indicate that Volcker’s policies created not one, but two, back-to-back and very deep recessions that merely served to “interrupt” the rise in inflation. His actions would not have completely eliminated inflation without corresponding supply-side fiscal policies.

That’s what’s missing today. We need to see a plan for a fiscal policy to work in coordination with monetary policy. Supply and demand need to work together to bring down inflation more permanently. If the Fed goes it alone, then it will be using only a demand tool to fix a supply problem. Unless we see coordinated fiscal and monetary policy, inflation may stick around longer than market consensus suggests.

There is no assurance that a Portfolio will achieve its investment objective. Portfolios are subject to market risk, which is the possibility that the market values of securities owned by the Portfolio will decline and may therefore be less than what you paid for them. Market values can change daily due to economic and other events (e.g. natural disasters, health crises, terrorism, conflicts and social unrest) that affect markets, countries, companies or governments. It is difficult to predict the timing, duration, and potential adverse effects (e.g. portfolio liquidity) of events.   Accordingly, you can lose money investing in this Portfolio. Please be aware that this Portfolio may be subject to certain additional risks. Fixed income securities are subject to the ability of an issuer to make timely principal and interest payments (credit risk), changes in interest rates (interest-rate risk), the creditworthiness of the issuer and general market liquidity (market risk). In a rising interest-rate environment, bond prices may fall and may result in periods of volatility and increased portfolio redemptions. In a declining interest-rate environment, the portfolio may generate less income. Longer-term securities may be more sensitive to interest rate changes. Mortgage- and asset-backed securities are sensitive to early prepayment risk and a higher risk of default, and may be hard to value and difficult to sell (liquidity risk). They are also subject to credit, market and interest rate risks. Certain U.S. government securities purchased by the Strategy, such as those issued by Fannie Mae and Freddie Mac, are not backed by the full faith and credit of the U.S. It is possible that these issuers will not have the funds to meet their payment obligations in the future. High-yield securities (“junk bonds”) are lower-rated securities that may have a higher degree of credit and liquidity risk. Public bank loans are subject to liquidity risk and the credit risks of lower-rated securities. Foreign securities are subject to currency, political, economic and market risks. The risks of investing in emerging market countries are greater than risks associated with investments in foreign developed countries. Sovereign debt securities are subject to default risk. Derivative instruments may disproportionately increase losses and have a significant impact on performance. They also may be subject to counterparty, liquidity, valuation, correlation and market risks. Restricted and illiquid securities may be more difficult to sell and value than publicly traded securities (liquidity risk).