How Much Downside Is Left for U.S. Equities?

The coronavirus pandemic and oil-price shocks have accelerated the move lower for U.S. equities. Longer-term investors may want to consider adding to equity risk.

The recent U.S. market drawdown stands out in history, not just for its absolute magnitude, but also for its velocity. Based on historic average monthly returns during sell-offs, the current drop is a clear outlier. The coronavirus pandemic and an upended global energy economy have served as catalysts, but we also think that a bit more is going on.

Price action and our conversations with investors suggest that the market is clearly moving toward a base case of a U.S. recession. However, a flight to liquidity combined with institutional positioning dynamics played a major role in accelerating the move lower.

Meanwhile, the Federal Reserve continues to adapt its tools to the crisis. Earlier this week, the Fed cut its benchmark federal funds rate to near-zero levels on the heels of a half-point rate cut two weeks earlier. The Fed also announced a $700 billion quantitative easing program in order to inject liquidity into the market. The Trump administration and Congress are also working on a stimulus package which may allocate $1 trillion to help support American taxpayers and small businesses.

Actions like these take time to ripple through the markets and economy and may not prevent a recession, but they are part of the bottoming process, especially if multiple regions of the world follow up with meaningful fiscal stimulus.

Bottom line: While we aren’t suggesting investors go on a buying spree, markets are now trading slightly below our downside case on the S&P 500; given the accelerated move lower, we believe that longer-term investors might start to consider adding to equity risk.

The end of the cyclical bull market was likely accentuated by liquidity-induced froth, as the Fed expanded its balance sheet last year. This liquidity, alongside economic green shoots and low volatility, invited more risk-taking and leverage from most corners of the market.

The past few weeks have helped reduce this leverage, but the obvious signs of funding stress that began in the third quarter, 2019, always made investing based on another round of quantitative easing a much riskier proposition for market participants.

Within that context, the velocity of the recent market drop is understandable, even if it came sooner than expected, due to the shocks from the outbreak and oil price war.

So what’s the downside? We still think that 2750 may be a reasonable year-end bear case for the S&P. Should the U.S. dip into recession, it would likely be short-lived and policy responses could help stabilize and even accelerate growth from a trough in the second and third quarters. To put it more simply, for the S&P to end the year at around 2750 would imply lingering issues beyond a garden-variety recession that currently seem unlikely.

It’s also worth noting that liquidity-driven overshoots can work in both directions. We overshot our bull case to start the year, amid abundant liquidity and absent near-term risks. Now, we're overshooting again, but on the downside, given a lack of buyer appetite to make a market and extreme uncertainty around what this outbreak really means.

We've been watching 2550-2600 as a level for the S&P in an overshoot—a level the S&P has already traded below. To the extent that volatility and uncertainty limit buyer appetite, further investor reductions in gross exposure could push the liquidity-driven overshoot further than we expected. However, for investors with a 6-12-month horizon, the 2550-2600 level may offer an attractive risk-reward buying opportunity. We are also encouraged by the fact that 10-year Treasury yields are not making new lows which can signal an investor flight from stocks.

Eye on an Entry Point

Given the accelerated market move lower, we also wouldn't be surprised by earlier-than-expected exit rotations. By the time jobless claims spike, or the National Bureau of Economic Research officially declares that the recession has started, it will be too late to make the rotations that outperform off the market's trough.

We aren’t suggesting that investors begin to add positions to early rebounding sectors, such as Discretionary, but that moment may be closer than some investors expect. Equity (and bond) markets have been discounting this environment for some time, which leads us to believe that we are now at a very good entry point for many stocks, including several of the major indices, such as the S&P 500.

For Morgan Stanley Research on the impact of the coronavirus on the global economy and markets, ask your Morgan Stanley representative or Financial Advisor for the full report, “How Much Downside Is Left?” (Mar 12, 2020, updated Mar 18, 2020). Plus, more Ideas from Morgan Stanley’s thought leaders. 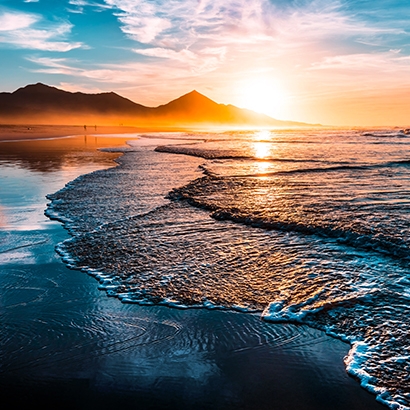 Here are the 12 team finalists in this year's Kellogg-Morgan Stanley Sustainable Investing Challenge. 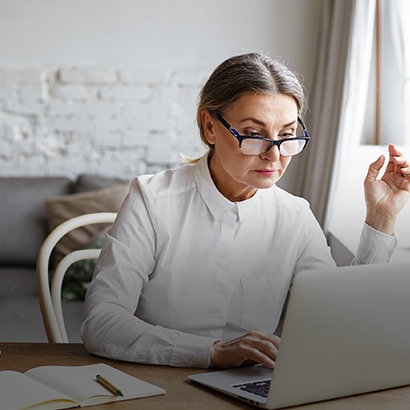 How to Handle Volatility

Markets have gotten much more volatile recently. Here’s why investors should keep their focus on the long game.