So far in 2016, the U.S. economy has held up well, but the global economy has not. Wild swings in financial conditions have created too much uncertainty for the Federal Reserve's comfort, and the increasingly divergent policies of other major central banks makes it difficult for U.S. policy makers to raise interest rates this year.

“In what may feel like a repeat of 2015, we believe it will hike just once this year—in December,” says Ellen Zentner, Morgan Stanley’s chief U.S. economist. Indeed, the Federal Open Market Committee, the policy arm of the Fed that met on March 16th, has staked prospects for further rate increases this year to “inflation developments,” which Zentner expects will continue to show weakness.

Zentner, who was the only major Wall Street economist to correctly call the Fed’s December 2015 liftoff from the zero lower bound, admits her team hadn’t expected the early turbulence this year that has rocked global markets. “Compared with our year-ahead outlook, even our well-below-consensus forecasts have been squeezed,” she says. Based on marked-to-market data, Zentner has shaved her growth estimate by 0.2 percentage point to 1.7% for the year, and by 0.3 percentage point for 2017 GDP growth to 1.6%.

Much of the drag is externally driven. The dollar’s strength against the currencies of its major trading partners is weighing on U.S. exports and corporate profits from overseas. Expectations that oil prices will stay low for longer continue to drag on energy-related investments. As a result, business inventories have become bloated, and their ratio to sales have worsened. “We expect little to no contribution from an inventory build throughout the forecast horizon,” Zentner says.

Meanwhile, lower oil prices are clearly a benefit for U.S. households, especially at the lower and mass-market end of the income spectrum, yet personal savings rates remain high. In other words, consumers aren’t feeling so confident that they are splurging at the mall. That said, residential investment and overall consumer spending remain strong supports for US growth, buoyed by steady gains in the jobs market and higher wages.

A big concern for the Fed this year will be the lack of upward pricing pressure to help hit its inflation target, which is set around 2%. Lower oil prices and the stronger dollar will not help. In fact, at 1.7% year-over-year in January, core personal consumption expenditure prices, a measure of changes to the costs of consumer goods and services, have already peaked, Zentner says, and they are expected to end the year lower. The lack of inflationary pressures makes it harder for the Fed to argue that interest rates should be higher.

Indeed, aggressive moves by other central banks to ease monetary policy, including negative interest rates in Europe and Japan, have likely taken the Fed by surprise. While she expects the Fed to stick to its tightening bias, largely due to the resilience of the U.S. domestic economy, she doesn’t believe the Fed can be as aggressive as it might have been if global growth had stayed on track.

“We expect the Fed to fight an uphill battle in trying to convince financial markets that further rate hikes are warranted. In what may feel like a repeat of 2015, a tug of war with markets ultimately holds the Fed to delivering just one hike—in December,” says Zentner, who had previously expected the Fed to raise rates three times this year, starting in June. “This brings the midpoint of the year-end target range to 0.625%, compared with 1.125%, previously, which would redefine the term ‘gradual.’ ”

For Adam Parker, Morgan Stanley’s chief U.S. strategist, the conundrum mostly rests with what appears to be relatively strong US market fundamentals, where consumer spending growth may actually spur some earnings growth for U.S. companies, vs. those global headwinds. Can China successfully transition its economy and stay away from devaluing its currency any further? How will the UK’s coming decision on EU membership ripple through markets? Can Japanese policy makers figure out the right formula to stimulate investment and growth?

All things being equal, the U.S. equities market is not the worst place in the world for investors in 2016, even if it doesn’t inspire the strongest convictions. It is what Parker calls: “An average house on a below-average block.”

For more Morgan Stanley Research on the macro and strategy outlook for the U.S. market in 2016, ask your Morgan Stanley representative or Financial Advisor for the full report, “Spring U.S. Economic Outlook: In the Shallow End” (Mar 13, 2016). Plus, more Ideas.

US Consumers to Economic Rescue?

Cheap oil, jobs growth and higher wages have fueled a broader-based consumer revival, with momentum in 2016. We look at what sectors could stand to benefit. 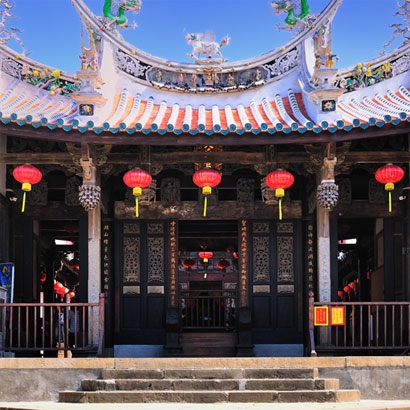 5 Investment Themes for China in Transition

Despite recent volatility and a long-term economic transition under way, China still offers growth opportunities. Here are key themes to watch and weigh. 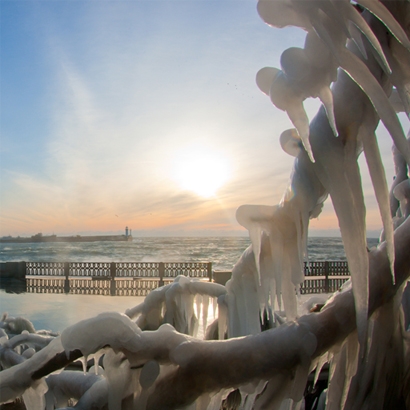 No Spring Thaw for Global Markets

The likelihood of a world recession has grown, but plenty of signs still point to global economic growth—if at a much more subdued pace.