Setting the Stage for Steady Growth

In their outlook for 2016, Morgan Stanley’s US economists and strategists look to healthy household balance sheets and wage growth to bolster consumer demand, with related sectors, such as consumer discretionary and financials, likely to benefit.

And so it begins. The Federal Open Market Committee has raised its key interest rate by a quarter of a percentage point, in its attempt to leave zero rates behind. This much-anticipated move marks the first US rate increase since June, 2006.

This is no sprint off the blocks. The Fed will ease into what is likely to be an unprecedented policy tightening cycle. “We now look for one less rate hike in 2016, as the Fed delivers a snail's pace of normalization,” says Ellen Zentner, chief US economist for Morgan Stanley. “If growth does not appear to be exceeding potential, and inflation isn't moving to 2%, then further hikes won't be called for.”

Muted monetary policy is just one of the key themes in Morgan Stanley's 2016 US Economic Outlook, “Testing the Waters.” Zentner forecasts strong household balance sheets and steady unemployment will keep the wheels of the recovery in (slow) motion for several years to come.

Nevertheless, investors should keep their expectations in check. A strengthening dollar and the hangover of weak energy prices will likely hold back earnings-per-share growth. “None of our major strategists is more bullish about their asset class now than they were over the summer,” says Chief US Equity Strategist Adam Parker.

Morgan Stanley is now forecasting GDP growth of 1.8% in 2016 (Q4/Q4), vs. current consensus of 2.5%. Its base case for US stocks—also tempered—calls for 1% average annualized earnings-per-share growth in the Standard & Poor's 500 Index, the broad benchmark of the US market.

Why This Time Is Different

The Fed's decision has been well-telegraphed and meticulously choreographed. Because surprise is the last thing policy makers want going forward, investors can expect more of the same, Zentner says. If all goes according to plan—markets digest the incremental increase, companies and consumers continue to feel confident, and global markets stay steady—the Fed could raise rates in separate 25-basis-point increments in June, September, and again in December, 2016, for an end-2016 target rate at 1.125%. Historically, that would still mark the slowest US tightening cycle ever.

What's more, the Fed will likely leave its reinvestment policy unchanged until the end of 2016, lest there be a repeat of the Taper Tantrum of 2013. “Having learned its lesson, the Fed is trying to convince markets that getting off zero is not necessarily the start of a traditional policy tightening cycle,” says Zentner.

Another divergence from past rate increases is the likely effect on the dollar. Although the US currency typically weakens at the start of a tightening cycle, Morgan Stanley is forecasting a stronger greenback against all major currencies through 2017.

Assuming the Fed continues to over-communicate its intentions, the markets should take this rate increase in stride. Caveats: If markets and investors overreact, financial conditions could tighten too much and choke economic growth. On the flip side, stronger global growth would lift exports and spur a rebound in investment, further boosting wage growth and household spending—in other words, the proverbial benevolent economic cycle.

The US consumer is a beacon for economic growth in 2016. “Record levels of consumer liquidity funded by income versus debt, alongside energy savings and the improved buying power of the dollar, have supported consumer fundamentals,” says Zentner.

Unlike the previous period of rate increases, US household budgets are in good shape. Some 80% of their debt is fixed, so rising rates shouldn't be as much an issue. Employment growth will likely slow, but tighter labor markets and rising minimum wages should spur rising income levels. As a result, expect to see “slower but better-balanced growth in consumer spending,” Zentner adds.

Meanwhile, the housing market continues to strengthen. A substantial pickup in household formation has bolstered demand, which is expected to stay high through 2016, as millennials hunt for their own homes. Residential prices and sales will likely keep growing, though not at the same pace as in 2015. The upshot may be housing market activity that can buttress long-term economic expansion—perhaps all the way out to 2020—without overheating.

Investors need to take this in stride. The past five years have been relatively easy for those seeking incremental return, without commensurate risk. The "efficient frontier" will be much flatter across most assets and regions, Morgan Stanley strategists predict.

However, despite the outlook for low single-digit equity returns in 2016, "we do feel more optimistic about a number of cohorts and securities," says Parker. Sectors such as consumer discretionary and financials—specifically, credit card companies—may offer a way to “capture the strong US consumer without facing retail-specific risk,” he adds.

For more Morgan Stanley Research on the outlook for the US economy and markets in 2016, ask your Morgan Stanley representative or a Financial Advisor for the full reports, “2016 US Economic Outlook: Testing the Waters” (Nov 29, 2015) and “2016 US Equity Strategy Outlook: Feeling Worse, But Not Sure We Can Explain It” (Nov 30, 2015). Plus, see more of our Ideas. 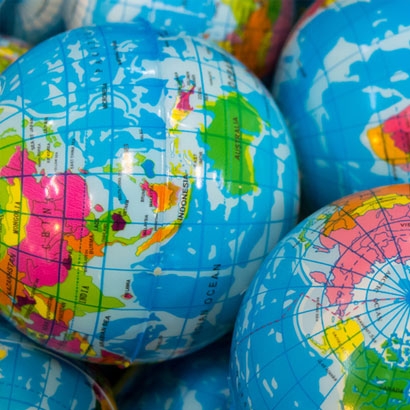 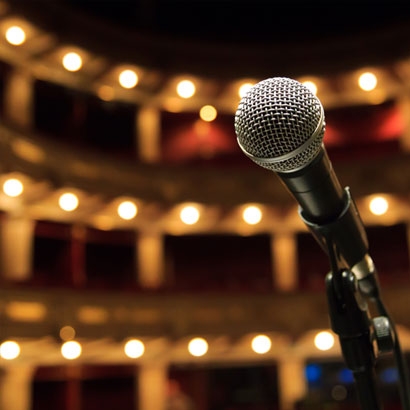