“There has to be a better way,” thought Louise Broni-Mensah, as she handed out flyers in the rain outside a popular London concert venue eight years ago.

The same conviction has launched many a business plan, and it did for Broni-Mensah. A banker at the time, she fed her passion for music moonlighting as a manager for a hip-hop artist in her native England. That was before she founded Shoobs—British slang for a party—a startup that aims to be the Ticketmaster of the urban indie music world by helping millennials who enjoy cultural events answer the question: What should I do tonight?

Broni-Mensah launched Shoobs in London in 2014, having spent a few years working on it as a side project. Her website—which uses the tagline “Your night starts here”—offers enough options to keep the most diligent hipsters au courant about new artists and acts, from events in large concert venues to small comedy clubs. As with Ticketmaster or Stubhub, users can buy tickets directly from the site, with a booking fee tagged on.

At its core, Shoobs aims to promote community as much as it promotes events, says Broni-Mensah. A music lover and mainstay of the London scene, she often planned nights out for her friends. On the other side of that equation, as a promoter, she could also end up in the rain, struggling to get her acts noticed. Her eureka moment came with the realization that she could combine these roles: Become planner-in-chief for anyone in search of great urban events, while helping promoters and managers save time and effort marketing their events and talent and get data and insights on success rates and reach.

As a banker, “I had sophisticated technology to help me to do absolutely everything at work,” Broni-Mensah says. But most music managers still relied on the same three old tactics for their events: Facebook, email lists and flyers. Some old-school promoters were still selling their tickets offline. “Changing that attitude was a bit of a challenge,” she says.

Shoobs’ real value, however, was in event discovery and promotion. “Most ticketing websites are very transactional. You go there, buy a ticket, and that’s that,” Broni-Mensah says. “I would say we’re trying to build a community of people who come to us to figure out how to spend their Friday and Saturday nights”—being able to buy tickets just offers more convenience.

Shoobs’ mix of well-thought out disruption, community-building and convenience has resonated. It is now the leading platform for urban cultural events in the U.K., Broni-Mensah says, along with larger established players that are working with Shoobs to promote and book urban acts. “The big players recognize that we have expertise in that area and can attract an audience,” Broni-Mensah says. “They definitely see us as a key player in our niche.”

Community of Support and Mentorship

Broni-Mensah says that joining Morgan Stanley’s Multicultural Innovation Lab, which provides multicultural and women entrepreneurs with a $200,000 investment plus mentoring, office space in the firm’s headquarters in New York, and a full curriculum of training and coaching, has given her the community of experienced mentors and like-minded peers that she lacked as a solo founder.

“Just being part of the Lab has meant that I have a regular one-on-one check-in with mentors and advisers at Morgan Stanley,” she says. “That’s been invaluable, because now, for the first time, I have someone to use as a sounding board. Before, I was doing it on my own. Having this kind of support is really fantastic.”

Her participation in the Lab has paid off in other ways. “The introduction to potential clients has been fantastic and has opened doors, particularly in the U.S, given that it is a new market,” says Broni-Mensah, who hopes to launch in the U.S. later this year. 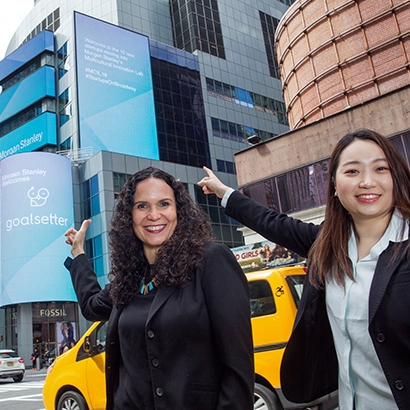 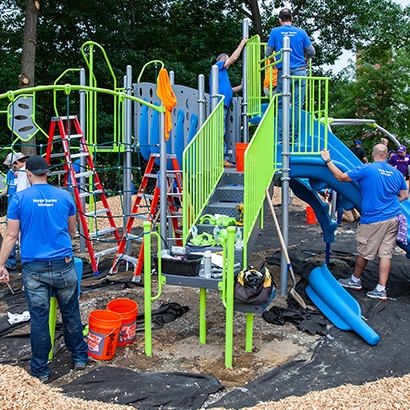