A Black Artist’s Journey Through Abstraction

In Romare Bearden: Abstraction, a new exhibition organized by the American Federation of Arts and the Neuberger Museum of Art, with Morgan Stanley sponsoring the national tour, we meet the artist on his path toward the figurative collage style for which he is renowned.

The life of Romare Bearden reads like a modern odyssey.1 It spans the Great Migration of Black families from the American South in the early 20th century to the heart of the Harlem Renaissance, the Great Depression, World War II and the post-war rebirth of both Europe and the U.S., and the struggle for Civil Rights.

To say that Bearden was a man of many talents is to vastly understate his multidisciplinary achievements. In his youth, he was a cartoonist and journalist, who would go on to write poetry, compose jazz songs and pitch against the legendary Satchel Paige,2 before turning down a contract from a Major League Baseball team. Bearden served in the U.S. Army during WWII, and later lived in Paris and studied at the Sorbonne, before returning to New York, all the while evolving his own artistic language, one that depicts not only his own journey, but that of American Black culture in all its myriad pain and struggle, as well as celebration and triumph.

In the new exhibition Romare Bearden: Abstraction, we meet the artist midway in his visionary search. Organized by the American Federation of Arts and the Neuberger Museum of Art of Purchase College, SUNY, with Morgan Stanley sponsoring the national tour, the groundbreaking exhibition gathers more than 55 works that Bearden created between 1950 and 1964—some of which have never been exhibited publicly. The exhibition situate his work within the context of the American avant-garde of the 1950s and 60s. The wildly different styles and methods reflect the experimental spirit of the times, but also capture the breadth of Bearden’s rich experiences and technical brilliance, which would result in the figurative collage style for which he is renowned.

“Morgan Stanley is proud and honored to sponsor the national tour of Romare Bearden: Abstraction, a beautiful and spirit-enriching exhibition of work by one of the truly groundbreaking artists of American modernism,” says Susan Reid, Morgan Stanley’s Global Head of Diversity and Inclusion. “Today, amid the continuing struggle for racial and social justice, his work continues to resonate.  And we hope to bring Bearden’s artistic legacy, mesmerizing genius and soulful humanistic vision to as many audiences across the country as we can.”

Even for those familiar with Bearden’s then-groundbreaking, now canonized, collage work, which explores Black life and culture in the tumultuous 1960s and 70s, this new exhibition will reveal another side of the artist seldom if ever seen—which is perhaps perfectly in keeping with a man known as a seeker, one who constantly reinvented himself and his art, in pursuit of novel ways to capture the variety, contradiction and richness of Black culture in American life.

In the 1950s, Bearden wrote poetry and songs. He even ran a record label, Bluebird Record Co., from 1951-54. Fittingly, the titles of his paintings during this period lean poetic, and in works such as Strange Land, suggest the composition’s starting point in representation but headed deep into the creatively rich territories of abstraction.

Bearden moved from Harlem to a downtown studio in the mid-1950s. Here he recounts meeting a Bayard Street bookseller whom he only knew as “Mr. Wu”—someone in the mold of a traditional scholar-artist who taught him Chinese calligraphy and ink painting.  At this time, Bearden began creating stain paintings on unprimed canvas. He also used turpentine to thin his oil paint, a trick he said he learned from Mr. Wu that allowed him to create depth through layers, a synthesis of new media and techniques evident in Eastern Gate.

In the early 1960s, Bearden started using his canvases in new ways. As in River Mist, he cut them up and glued them down onto a painted surface, creating collages.

In 1964 Bearden was appointed the first art director of the Harlem Cultural Council, founded to provide arts programming to the community and advocate for Black artists, writers and dancers. Four years later, he joined other artists, activists and philanthropists in founding of The Studio Museum in Harlem, dedicated to artists and education.

As Bearden’s activism increased, his art also changed. The abstract paintings would give way to the figurative collages for which he is best known. Which is not to say that he abandoned abstraction, but rather that he incorporated what he had learned—sometimes literally so, as in works like Melon Season from 1967, in which he used cut-up oil paintings on paper to compose the dress of the figure on the right. This collage technique allowed him to create layers of meaning with magazine illustrations and advertisements that are coupled with painted papers.

2Robert G. O'Meally, "Pressing on Life Until It Gave Back Something in Kinship", p.9, The Romare Bearden Reader, 2019, Duke University Press.

The Choice Between Equities and Cash

Investing is all about choices. What should investors know when choosing between holding a financial asset or cash? 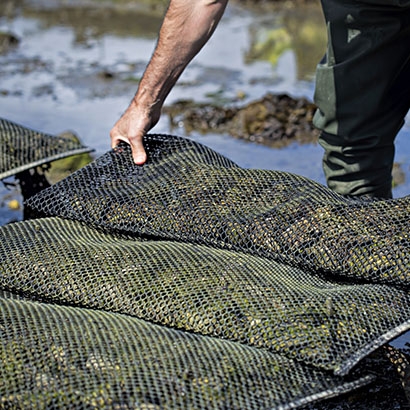 From the Sea to the Cloud

The Billion Oyster Project, with help from Morgan Stanley technologists, is setting up a data-tracking system for oysters, a species critical to thriving shoreline environments. 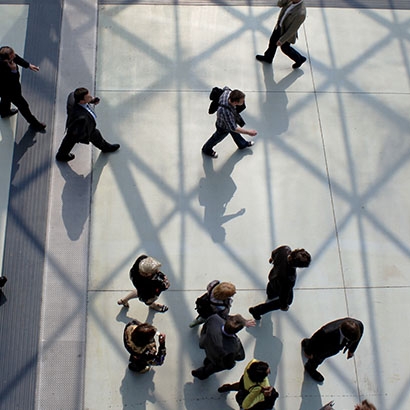