Is it said that a rising tide lifts all boats, but does a more buoyant fleet mean that the tide is actually rising?

In July, more than 80% of European companies saw their share prices increase. So far, performance remains strong, as August draws to a close. This breadth of positive returns has been a rare occurrence in Europe in recent years. Does it augur an economic upturn, or is it a sign that investor optimism has overreached?

In the current environment, good news is good news, we believe. However, given this extreme correlation, investors should remember that such surprise indices are mean-reverting by their very nature, and more fundamentally, that traditional economic lead indicators, such as the producer managers’ index gauge of manufacturing health, are now stable rather than accelerating. Given our economists’ relatively cautious and below-consensus GDP forecasts, we don’t believe it is right to bet on a further rise in economic optimism from here.

This is potentially the most dangerous time for investors, as hope and greed overtake fear and loathing.

With the benefit of hindsight, we can see that better-than-expected near-term economic news flow and the implementation of further monetary stimulus have helped drive equities higher over the past couple of months. However, rumbling below the surface is a debate on whether reflation is really afoot, perhaps boosted by upcoming fiscal initiatives.

Despite outperformance from traditional reflation plays—such as emerging-market and commodity-related assets, and even a modest pick-up in financials’ performance—we don’t believe that investors should position for reflation, per se. In fact, signals from other markets provide little evidence of growing reflation hopes: The 5Y5Y forward break even rate, a key gauge of market expectations for where U.S. inflation might be in five years, has rolled back over the past two weeks; yield curves have stubbornly refused to steepen, and China’s yuan continues its slow but persistent depreciation.

The weaker Chinese currency exchange rate is a particular issue for Europe and Japan, as they battle the combination of low growth, low inflation and a rising currency. On a trade-weighted basis, both the euro and yen have risen to their highest levels following the initiation of their respective quantitative easing programs, hampering the scope for an upturn in corporate profits and weighing on their relative performance.

Our currency strategists remain bullish on both currencies, while we continue to prefer U.S. and emerging markets over Europe and Japan within equity markets. Note that our December, 2017, earnings-per-share forecasts for the latter two regions are 11% and 20% below consensus, respectively. Consequently, we have a general bias toward quality and defensive stocks.

Our subdued view of the global macro and corporate earnings backdrop appears to be increasingly at odds with stock market performance and sentiment. While few investors we meet express outright optimism on the growth outlook, it appears that the persistent grind higher in equities, coupled with very attractive relative valuations, is drawing investors. A sharp drop in short interest in the U.S. supports the idea that we’re seeing something of a capitulation from the bears, while many other quantitative sentiment metrics we track are very elevated versus history.

While equity valuations continue to look extremely attractive relative to bonds, and there is always a plausible argument that the equity rally will continue, this is potentially the most dangerous time for investors, as hope and greed overtake fear and loathing. 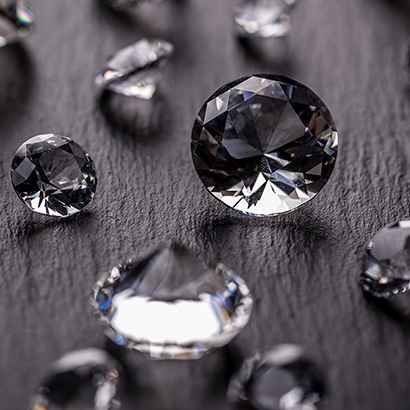 Lab-grown diamonds have matured enough in size and quality to compete against mined gems. At stake is the $14 billion rough diamond market. 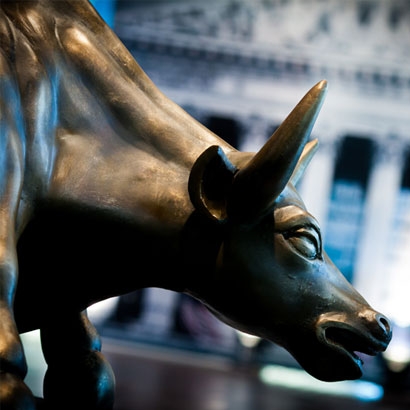