The next generation of supercomputers appears to be at an inflection point—promising speed and processing power that could redefine business and trigger a new industrial revolution.

Imagine a computer so powerful, it could operate at one million times the speed of current computers, allowing scientists to model complex molecular interactions at an atomic level. A computer so powerful it could model all 20,000+ proteins in the human genome and simulate how hypothetical drugs could cure everything from cancer to the nagging common cold.  These are just a couple of the promises of quantum computing.

Despite remarkable innovations in computing over the past few decades, today's computers still rely on binary calculation—1’s and 0’s—even if they are orders of magnitude smaller than the room-sized machines of the previous century. Now, the next generation of computing—quantum computing—could soon become a reality, holding the promise of not only vast increases in speed and power, but a redefinition of how computers solve problems.

Quantum computing is moving from theory to test phase, according to a recent Morgan Stanley report, citing efforts underway among several private companies and technology giants, universities and government research labs. If these developments yield functional quantum computers, the market for high-end computing could double in the next 10 years to $10 billion.

Further, in the same way that steam engines and microprocessors once redefined entire industries, quantum computing could herald the advent of as yet unimagined businesses and sectors, while also opening new avenues for current sectors, such as chemical and pharmaceutical development, oil and gas exploration, financial management, and even nuclear fusion and artificial intelligence.

In a time when most people carry the equivalent of mini-supercomputers in their pockets, it may seem hard to believe that the world needs stronger computing power. However, the classical computer faces limits in how it solves problems that go beyond speed and power. Data, problems and solutions are represented, processed and stored in bytes that are in one of two states—either 0 or 1.

Just as past industrial revolutions created new sectors, quantum computing could give rise to new companies and sectors not yet imagined.

Enter quantum computing, where information can be represented as quantum bits, or qubits, that can be 0, 1 or something in-between, allowing for far more complex calculations.

"Not only does the qubit have many shades of gray between 0 and 1, it can even be 1 and 0 at the same time," says Francois Meunier, Head of Telecom Equipment and Semiconductor Research for Morgan Stanley. Another way to look at it: In the classical computing world, every bit of data is either true or false; in the quantum computing world, qubits cover a range of statistical possibilities between—and including—the two.

Quantum computers exploit this representational richness in data to run complex simulations with a far broader range of possibilities at speeds that would be simply unthinkable for even the most advanced classical computers. It’s the difference between mere calculus and the ability to sort and optimize vast flows of real-time data essential to simulating molecular biological processes or powering artificial intelligence.

The Impact to Industry

Quantum computing’s advanced abilities could open the door to dramatic innovation in a variety of industries. Chemical manufacturers and pharmaceutical companies, for example, could simulate the chain of chemical reactions needed to design new and far more complex compounds and materials. "The promise of quantum computers is the simulation of much larger molecules, which cannot be simulated by a classic supercomputer," Meunier says.

Other industries could also have extensive applications. Oil and gas companies now rely heavily on computing power to optimize oil extraction processes. Quantum computers could supercharge that effort, helping companies instantaneously and comprehensively monitor the state of their equipment. Financial services firms could benefit from advanced portfolio construction optimization and collateral optimization. And aerospace and defense could use quantum computing to sort and analyze large data sets from satellites, or create ultra-durable materials for aircrafts.

And just as past industrial revolutions created many of the sectors that form the core of today’s global economy, quantum computing could give rise to new companies and sectors not yet imagined.

Significant obstacles remain, however, on the path to developing a practical quantum computer. Qubits are fragile and require a highly controlled physical environment (temperatures close to absolute zero). In the past, creating such an environment and controlling for high error rates discouraged development, but that is changing.

Also, quantum computers become practical with at least 50 qubits. Several tech companies and private researchers have created working systems of up to 16 qubits and simulated systems of up to 40. When quantum computers reach 50 qubits, according to Morgan Stanley, even the largest supercomputers could struggle to beat them. This is called quantum supremacy. But the real challenge is to create algorithms which will be useful for business applications. That is the real path for quantum computing success in the next 5 years.

"We believe that the core of the quantum computer, the qubit, is ready," says Meunier. "The current engineering phase is all about the scaling of those qubits and their interconnection."

For now, quantum computing doesn’t make the classic computer irrelevant. Smartphones and laptops will still use transistors for the foreseeable future.

“This is only the beginning. Use cases might increase as research into the field continues to progress," says Meunier. “Who would have thought that the computer used to decode messages during World War II or the microcontroller used to guide the Apollo rocket to the moon could be used to send messages around the world from your pocket?"

For Morgan Stanley Research on the balance of data collection and privacy, ask your Morgan Stanley representative or Financial Advisor for the full report, “Quantum Computing: Weird Science or the Next Industrial Revolution? (Aug 23, 2017). Plus, more Ideas. 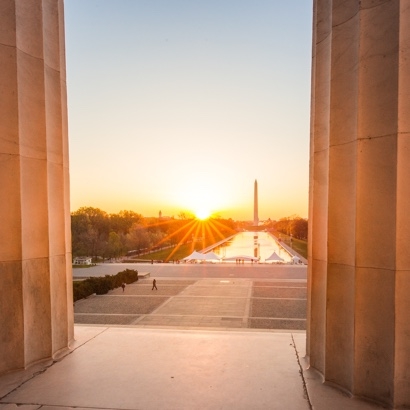 A drop in the corporate tax rate. Elimination of a key deduction. Good news for muni bond investors. A look at how the GOP tax reform proposal could play out. 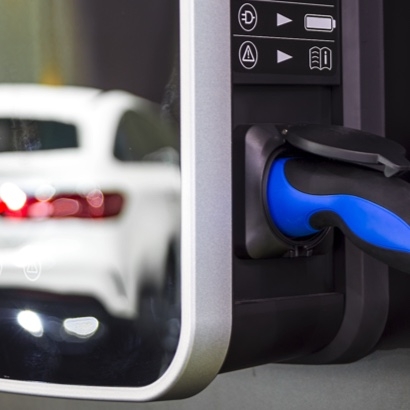