Morgan Stanley sponsored PowerMoves@Detroit, a three-day event in Detroit with the goal of increasing access to capital for minority entrepreneurs.

An entrepreneur’s success can depend on access to the right intellectual and financial capital to foster innovation. In April, Morgan Stanley sponsored PowerMoves@Detroit, three high-energy days of events, including live Morgan Stanley Power Pitch competitions, which set out to help make that access a reality for more than a dozen minority-owned startups.

Two startups—LISNR and GAPro System—walked away, not only with $40,000 in funding for their businesses, but also with a world of new connections to help their businesses climb to the next level.

PowerMoves@Detroit, part of a national effort by PowerMoves.NOLA, brought together leaders from the private, public and nonprofit sectors to provide the crucial guidance and support that early-stage, high-growth minority businesses often struggle to access. In addressing obstacles to minority entrepreneurs, PowerMoves.NOLA aims to increase the number of venture-backed minority-owned businesses locally and nationally. The goal: Help alleviate the widening gap in the growth rate and lifecycle of minority-founded startups, compared with the national average. For example, less than 1% of all US private equity is invested in black-owned companies.

“PowerMoves@Detroit is truly innovative in its approach to providing a forum for minority entrepreneurs to access the resources they need and for investors to gain exposure to the next generation of business leaders,” said Carla Harris, Vice Chairman, Global Wealth Management, Managing Director and Senior Client Advisor, Morgan Stanley. “Through the unique environment that PowerMoves creates, we’re exposed to diverse businesses and talent, and we can provide them with the resources that make us a leading firm—originating, distributing and managing capital for clients.”

Events during PowerMoves@Detroit included the “Art of the Exit” panel discussion, in which Harris moderated a panel featuring Lisa Price, founder of Carol's Daughter; Robin Richards, founder of CareerArc and Internships.com; and Alejandra Y. Castillo, National Director of Minority Business Development Agency, US Department of Commerce, discussing how startups can chart a path to an exit. PowerMoves@Detroit also featured a PowerUp Bootcamp for 15 early-stage minority entrepreneurs, in which they pitched their ideas to thought leaders and sector experts in a competition format all for a $20,000 cash prize.

Harris also served as one of the judges for the Series A Power Pitch competition, along with Morgan Stanley’s Pete Chung, Managing Director and Head of Morgan Stanley Expansion Capital and Co-Head and Managing Member of Morgan Stanley Venture Partners (MSVP). After an action-packed hour of pitches and Q&A from five outstanding startups, Harris, Chung and three other judges selected Cincinnati-based LISNR as the winner of the pitch competition and $40,000.

LISNR’s unique high-frequency, inaudible smart-tone technology is a new communication standard that sends data over audio. This technology turns any speaker or piece of media into a beacon, working seamlessly across physical and digital spaces more effectively than current market solutions. The technology provides brands and content creators a distribution platform for mobile that delivers unparalleled second-screen experiences and proximity-based messaging via the smart-tones’ identification and triggering capabilities.

Rodney Williams, CEO of LISNR, said programs like PowerMoves@Detriot are “critical” for minority entrepreneurs. “We need a stage. We need the ability to separate from the clutter and showcase businesses with high growth potential. PowerMoves is that stage for us,” said Williams. He also encouraged budding entrepreneurs to go out and find their own stage for their businesses, adding, “Stop reading about my story. Create yours.”

In the end, Herbert Gibson, CEO of Detroit-based GAPro System, a cloud-based insurance-verification system, was awarded a $40,000 funding prize. GAPro System’s cloud technology connects key stakeholders involved in the insurance-verification process, allowing each to view the same information at the same time to increase efficiency and lower the cost of verification, with accurate data results generated directly from the insurance carrier’s data. 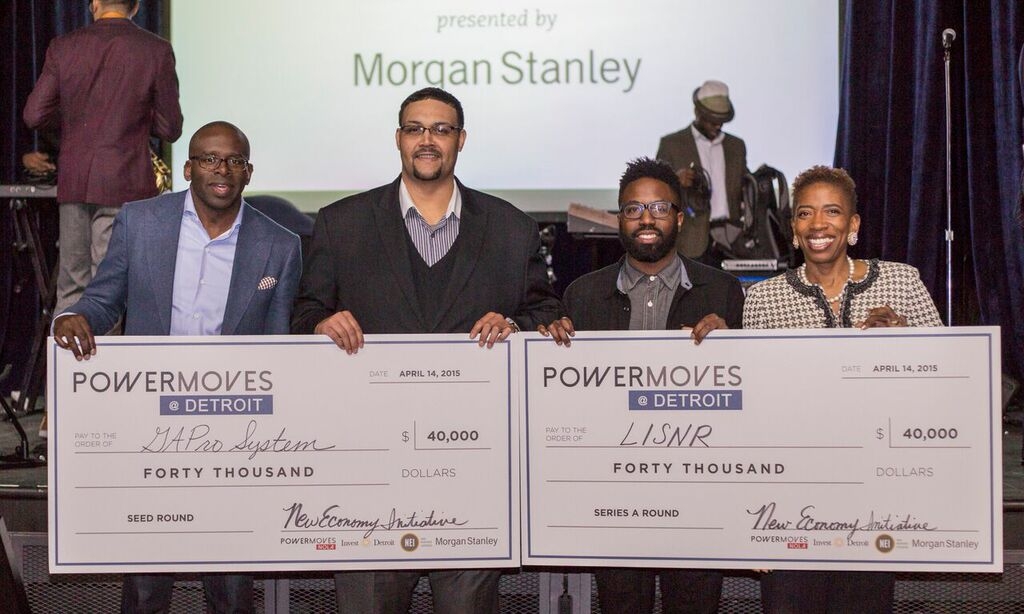 “As a minority business owner, I take great pride in my pursuit to develop a world-class business,” Gibson said. “The biggest challenge to starting a company is access to capital, and PowerMoves@Detroit offers much more visibility and opportunity to gain access to capital,” he said. “Having a reputation-rich global firm like Morgan Stanley take interest in cultivating the entrepreneurial community, especially minority-owned startups, by helping us gain access to investors and capital is beyond measure. I believe it will help carry us forward as entrepreneurs, especially when we hit new milestones in our development.”

Gibson’s advice for other budding entrepreneurs was simple: “Believe in yourself and your vision. You must be committed to your vision, and possess a burning desire to succeed.”

An Oasis for Minority Entrepreneurs 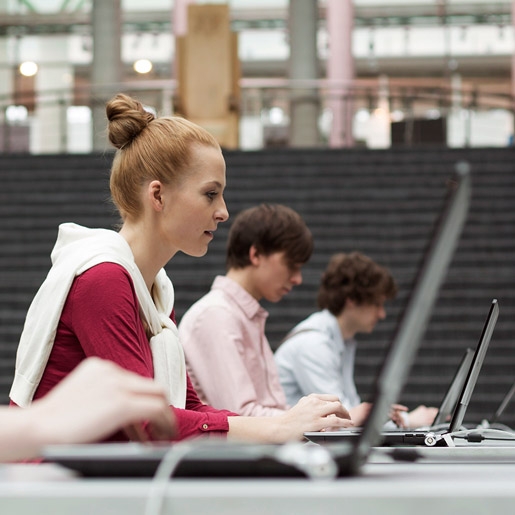