Why continued trade tensions could alter the narrative for the second half of 2019. Without progress on trade, global growth faces headwinds.

Midyear 2019, trade tensions hold the key to the macro outlook.

As recently as April, the U.S. and China seemed to be making progress toward a high-level agreement on critical issues. However, by early May, progress stalled, giving way to proposed new tariffs and countermeasures on both sides. Since then, proposed tariffs on Mexico and lingering uncertainty about U.S. tariffs on EU auto imports had further clouded the outlook for a quick resolution of global trade tensions. Now, with the tariff proposals on Mexico suspended, some signs of progress may be appearing.

“Without progress on trade, it is likely that global growth will stay at current levels for the rest of 2019,” says Chetan Ahya, Chief Global Economist for Morgan Stanley Research. “And unfortunately, the window for addressing these tensions in a way that avoids additional damage to the global cycle is relatively narrow.”

In their current base case, Ahya and his team are forecasting 3.2% global growth in 2019, with a 3.4% expansion in 2020, a downward revision from their year-ahead forecast in November 2018.  However, in their bear case, in which U.S. and China fail to agree on a deal and impose tariffs on the full range of imports, they believe that the risks of a global recession increase significantly.

In an update to their midyear outlook, the economics team notes that, as continued uncertainty around trade lingers, the impact on global growth becomes more pronounced due to the multitude of transmission channels. First, tariffs increase costs for both companies and consumers, which erodes profitability and demand, respectively. Additionally, the tariffs impact global supply chains and trade flows.  Multinational companies also incur additional costs, since they must develop alternative supply sources if a supply chain is disrupted or becomes too costly.

As global corporate confidence takes a hit, so too does business investment, which would weigh on aggregate global demand. Corporates with global footprints also face additional downward pressure on growth and profitability from their international operations. Taken together, these transmission channels create a negative feedback loop, alongside tighter financial conditions, corporate credit risks and an end-of-cycle environment.

Finally, while central banks could help offset the impact of trade tensions, such policy measures customarily have a delayed impact on real economic activity.

Amid this environment, here are three key regional forecasts for the second half of 2019:

The U.S. economy had its share of headwinds this year, including a government shutdown, stock market volatility, the winter’s polar vortex and an extreme tightening in financial conditions. Although those transitory factors began to fade in the second quarter, heightened trade tensions now weigh heavily on the U.S. outlook.

“We’ll see the impact of trade tensions through both direct and indirect channels,” says Chief U.S. Economist Ellen Zentner. “Direct effects from the 25% tariffs on $200 billion worth of U.S. imports from China will be more limited, but those effects will be amplified by indirect channels through reduced corporate confidence and financial market volatility.” Consequently, she notes that lower business investment accounts for a good deal of their forecast.

Zentner and her team have revised their forecast for 2019 GDP growth to 1.9% from 2.0%, with second-half GDP expected to average just 1.6%, down from 2.0% in their original midyear outlook, published in early May.

The team notes that if the data and financial conditions suggest an economic downturn, the Fed would likely act decisively, by cutting rates by half a percentage point—enough to boost GDP growth by about 0.30 of a percentage point, assuming otherwise steady financial conditions—sufficient to offset most of the growth downside if trade uncertainty lingers until the fourth quarter of 2019.

Earlier this year, Morgan Stanley economists observed that China was on a path of gradual recovery, thanks in part to policy-easing measures. The reescalation of trade tensions, and questions about its duration and impact “raise fresh doubts on this recovery path,” says Chief China Economist Robin Xing, whose team estimates that the recent tariff hikes could trim China's annualized GDP by 0.3 percentage point, although the indirect impact via a drop in consumer and business confidence could be more of a concern.

Meanwhile, significant fiscal stimulus of 1.75% of GDP is working its way through China's economy, and policymakers are likely to maintain their pro-growth stance. But if trade tensions persist for three to four months, there could be a 0.2 percentage point downside risk to the firm’s 6.5% base-case outlook for China’s GDP growth in 2019. In the bear case, where the U.S. and China impose tariffs on the full range of trade goods, China's growth could slip to 6%.

In Europe, while expansionary monetary and fiscal policies will offer some benefit, "renewed and potentially escalating trade frictions between the U.S. and China remain a hurdle," says Daniele Antonucci, Chief Economist for the Euro Area. Antonucci and his team expect 1.2% GDP growth for 2019, followed by 1.4% growth in 2020, with risks skewed to the downside.

While the team has already cut the forecast to incorporate the possible impact of auto tariffs in the future, uncertainty still remains around their timing, magnitude and knock-on effects via the sentiment channel. What's more, a broader set of European products could also be targeted at some point. These factors could still have a strong negative effect on growth.

Politics continues to be a wildcard. “The recent European Parliament elections saw gains for some unconventional parties,” says Antonucci, though he notes that mainstream parties retained the majority of seats and the checks and balances of the EU institutional set-up should mitigate the policy impact from the election.

Because of “pervasive uncertainty,” the ECB will likely keep rates unchanged for the whole of next year, and continue with its quantitative easing reinvestment policy in full. The fiscal stimulus is getting bigger, though it's not yet that large. Over the medium-to-longer term, Antonucci also expects a smaller initial budget for the monetary union. 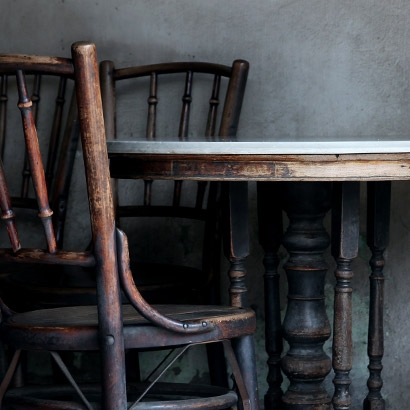 3 Reasons to Worry About Recession

Two months ago, it seemed premature for investors to worry much about recession. Now concern is warranted.