Japan's Journey from Laggard to Leader

Japan spent decades in the economic doldrums, but a number of factors—including advances in robotics and automation—are fueling a revival in productivity, GDP growth and corporate returns.

Investors have long avoided Japan for its challenging demographics, high public debt, and sluggish returns on equity. A recent Morgan Stanley Research report, however, is challenging those assumptions, arguing that the country is experiencing the most under-recognized turnaround in global equity markets today.

By 2025, the success of Japan's turnaround will become embedded in market pricing, which it’s not today.

“Deflation has ended, private capex is rising for the first time in three decades, productivity growth is among the highest in G7 nations, and return on equity (ROE) has more than doubled since 2012,” says Jonathan Garner, Morgan Stanley’s Chief Asia and Emerging Markets Equity Strategist.

To aid their thought process, the team commissioned a proprietary survey from AlphaWise—Morgan Stanley's evidence-based research group—to survey large through small firms in Japan. The result yielded key insights into corporate Japan’s plans to invest in their businesses and strategies for dealing with the tightening labor market.

“At the macro level, we expect a further acceleration in nominal GDP growth, driven by rising investment, further gains in labor force participation, and skilled immigration,” says Garner. “Drawing on our AlphaWise survey results, we also argue that Japan is uniquely positioned to take advantage of its aging population by substantially raising the share of investment devoted to artificial intelligence, robotics and automation.”

Defying the Economic Effects of Aging

An estimated 27% of Japan’s population is aged 65 or older, the highest of any country worldwide. Conventional wisdom holds that aging populations can stall technological progress and labor productivity, and slow economic growth per capita. Morgan Stanley’s analysis supports recent academic work that debunks these connections. A key reason: progress in technology—including the rising use of robots—will boost labor productivity.

Japan has a cultural edge over many countries when it comes to robotics and artificial intelligence. “Many Japanese people might accept robots as friendly partners, rather than threats to humans, in light of the country’s culture of karakuri puppets and robot animation,” says Takeshi Yamaguchi, Morgan Stanley’s Japan Chief Economist, referring to a traditional art of mechanized puppetry that dates back to the 17th century. “We expect a dramatic expansion in the range of tasks that can be handled by machines thanks to machine-learning progress.”

The AlphaWise survey indicated that large enterprises could double their share of spending on automation, robotics, artificial intelligence, and the Internet of Things from 10.6% today to 22.8% by the end of 2020. This comes on the heels of seven consecutive quarters of increased capital expenditure across the board—the first sustained period of capex growth since the late 1980s. This is crucial, since rising capex is needed to lift productivity.

Changing Composition of the Workforce

While technology holds the key to improving productivity, even as the share of older workers continues to increase, other positive demographic factors are at play. First, an influx of foreign laborers is raising the number of skilled laborers. “Since the launch of Abenomics in 2013, the number of foreign workers has risen from less than 1 million on average in 2008-2012 to 1.3 million in 2017,” says Yamaguchi, referring to the economic policies of Prime Minister Shinzo Abe. “We anticipate this number will grow to more than 2 million, or about 4% of all Japanese workers, by 2025.”

Just as notable, Japan’s female labor force participation rate has increased from about 63% in 2012 to more than 69% in 2017. In fact, the percentage of women working in Japan now exceeds both the U.S., at 67.9%, and the Organisation for Economic Co-operation and Development's average rate of 64%.

Another contributor to growth will come from Japan’s shift away from cash. Just 21% of transactions in Japan are currently cashless, versus an average of 45% outside Japan. “Reducing the cost of cash processing is a key element of productivity reforms,” says Japan Banks analyst Mia Nagasaka, who forecasts that cashless transactions will expand to 30% of the total by 2025.

Although a reduction in cash transactions is good news for the economy as a whole, it is particularly important for banks. As in the U.S. and other markets, Japanese banks stand to save a great deal as consumers switch to mobile banking and paying with credit cards or digital wallets rather than cash. All told, Nagasaka believes that Japan’s megabanks could raise their average return on equity from 6% currently to 8% by 2025 through cost-cutting and technology adoption. Under this scenario, valuations for Japanese banks would improve from 0.6 times book value to nearly 1x—a big leap in an industry that many investors had written off.

From Laggard to Leader

All of these factors bode well for Japan’s asset classes, but their impact on listed equities is particularly notable. ROE for the MSCI Japan Index, a benchmark of large- and mid-cap stocks, has already doubled from 4.4% in 2012 to 9.8% today. And despite a potential cyclical downturn in the near future, ROE could reach 12% by 2025, putting it on parity with the MSCI World Index which tracks large and mid-cap equity performance across 23 developed markets countries.

Morgan Stanley Expects Japan's ROE to Rise to 12% by 2025,
Closing the Gap with MSCI World

Fifteen of 24 listed equity sectors in Japan have improved their ROE versus global peers over the last 15 years, according to the report. Thus far, improvements have been driven by higher operating margins, a lower tax burden and a reduction in interest and non-operating expenses. Several other trends—most of them tied to productivity—offer a long runway for further advances, particularly for technology hardware, pharmaceuticals, capital goods, and materials. More opportunities are also arising from Japan's next-generation companies. “We’re seeing a number of early-stage companies—both listed and unlisted—in fields like technology, life sciences, space and platforms where disruption and innovation are creating business opportunities,” says equity analyst Tetsuro Tsusaka.

These key improvements for equities could be self-fulfilling, paving the way for further multiple expansion for MSCI Japan, from its recent 1.35x book value to 2.15x—the highest level since the late 1990s. Notes Garner, “We believe that by 2025 Japan’s journey will be approaching completion and the success of the turnaround will become embedded in market pricing, which it’s not today.”

For more Morgan Stanley Research on Japan's turnaround, ask your Morgan Stanley representative or Financial Advisor for the full report, “Japan's Journey from Laggard to Leader," (Sep 11, 2018). Plus, more Ideas. 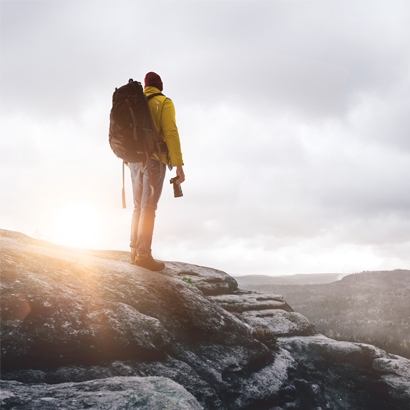 The U.S. economy appears to be roaring ahead, but corporate earnings growth may be slowing, which could eventually act as a drag on markets. 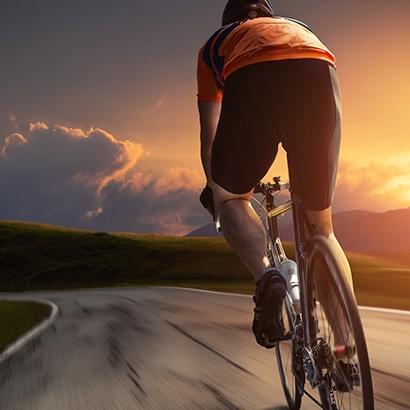 Fixed Income: Is It Time to Get Pro Active?

Investment Management’s Jim Caron says a seismic shift is underway in fixed income. How should investors rethink their approach?