To put it in perspective: 2018 marked the fifth consecutive year of above $3 trillion in annual mergers and acquisition volume,1 punctuated by megadeals in healthcare, media and technology. Morgan Stanley advised on more than $1 trillion of M&A transactions completed in 2018, giving its bankers a unique view into the trends that drive the market (See our predictions from last year).

I think the resetting, or volatility, within the equity markets is not a bad thing for M&A.

Colm Donlon Head of M&A for Europe, the Middle East and Africa

While 2019 may seem to have a different look and feel—global political uncertainty, turbulent markets, and open questions about trade and tariffs—Morgan Stanley bankers anticipate continued strong deal flow. As already seen so far in 2019, megadeals, or those valued at $10 billion or more, will continue, although, reaching the level of 2018 may prove difficult. That said, the volume of small and midsized deals should help compensate, contributing to what is expected to be another robust year.

“We are optimistic, even though there are some headwinds,” says Rob Kindler, Global Head of M&A at Morgan Stanley. “While volatility in the capital markets makes doing deals more challenging, the strategic importance of M&A has never been higher, given the difficulty of getting growth organically.”

Morgan Stanley bankers expect an emerging dichotomy in the M&A market: While companies in some sectors are continuing to court growth through large-scale mergers—seeking the benefits and synergies of scale—others are breaking up or paring down, pruning the parts of their business that fall outside their core focus.

The bankers have identified the following trends as key drivers of a strong M&A market in 2019:

Large-scale strategic consolidations and megadeals have been a hallmark of recent years. These will continue, however, there will be an increased emphasis on portfolio clarification.

“Companies are allocating M&A capital to businesses they see as essential to their core, and are more open to shedding those that are not,” says Tom Miles, Head of M&A for the Americas. “We’re seeing really large companies becoming more efficient, focused, smaller companies. I expect large-cap companies to continue consolidating core businesses, but wouldn’t be surprised to see those actions more often followed by spin-offs and divestitures of noncore businesses, as a way to refocus and provide greater corporate clarity for investors.”

Meanwhile, periods of volatility and uncertainty can heighten emphasis on accountability around transactions, according to Tomer Regev, Co-Head of Corporate Finance and Transaction Strategies.

“There will continue to be a laser focus on return on invested capital as a key metric to dealmaking,” Regev says. “Especially in an environment where every dollar of capital gets a lot more scrutiny, the cost of capital and return on investment will likely be even more important, as we get deeper into 2019.”

Acquirers are looking more carefully at target earnings relative to the price of a deal, Regev adds, and “you want return on capital invested in a transaction to approach your cost of capital as soon as possible, generally between three to four years.”

The long-awaited consolidation of European companies is already underway and will likely pick up speed in 2019, enabled by a constructive political backdrop in various nations and by pent-up demand among corporates.

While the drive to consolidate may already have played out in sectors like telecom, media and healthcare, others—including utilities, pharmaceuticals and chemicals—may offer promising opportunities. For example, “I think the industrial sector is grossly under-consolidated,” says Colm Donlon, Head of M&A for Europe, the Middle East and Africa. “Particularly in Europe, it’s just hugely fragmented, with many private companies in discreet verticals that really do need to come together and are starting to do so.”

Meanwhile, Brexit, or the anticipation of it, seems to have been a driver of various defensive, cost-saving mergers within the U.K., where corporate activity remains busy, with British firms increasingly looking overseas to seek growth and diversification.

The implications of Brexit have also driven core consolidation in continental Europe, a trend that may continue. “I would be very surprised if we don’t see a slowdown in M&A in the U.K. this year because of Brexit, but I think we will see a counterbalance to that in continental Europe, where there’s a bit more confidence in growth,” says Donlon.

While investors are watching several important factors—such as rising interest rates, credit markets, economic variability, a changing regulatory environment—many who have been waiting on the sidelines may be eager to jump in.

“For the last 10 years, financial markets have been awash with capital at low interest rates,” says Bill Sanders, the Global Head of Financial Sponsors. “While rising interest rates will make that capital more expensive, it will still be available for M&A, and there has never been more private-equity capital seeking investments.”

Private-equity funds accounted for 22% of M&A volumes in 2018, essentially on par with 2017.2 And the high levels of capitalization among various players—private equity, sovereign wealth funds, family offices and others—could set a floor in the market from a value perspective, minimizing concerns about corporate debt levels.

4. Technology Will Remain a Dominant Sector

Starting with what are expected to be several high-profile initial public offerings in the tech sector, this year should see vigorous activity in tech-related transactions, involving not just pure-play tech companies and industry disruptors, but also more traditional companies seeking ways to modernize their businesses.

Morgan Stanley bankers expect technology to continue to be a dominant sector in the M&A space—particularly as the definition of a technology company grows more expansive. “For traditional tech buyers, we expect activity to continue at a high level as the public markets have rewarded bold deals, even in the face of record-setting premiums and valuations,” says Anthony Armstrong, Head of Global Technology M&A. And, he adds, “For non-tech buyers, the level of collaboration and activity with our non-tech colleagues reveals the increasingly aggressive posture of traditional companies pursuing strategic tech targets.”

Indeed, a potential wave of tech IPOs could further ramp M&A, Morgan Stanley bankers say. Newly public companies may want to expand through acquisition, aiming to make the best use of their capital and currency. Meanwhile, public-market valuations could inspire potential buyers who show willingness to pay for high-value strategic targets.

Shareholder activism, which the firm flagged last year as a major driver of M&A activity, will increasingly go international, growing in sophistication and nuance. U.S.-style activism has been picking up in Europe and Asia, and all signs indicate that this activity will intensify. For example, the perception exists that many large Japanese conglomerates or undermanaged companies trade at a pronounced discount, making them the kind of targets that activists have pursued in the U.S.

“Not only are some U.S. activist funds going abroad, but some of their tactics and technology are being imported by local activists in other markets,” says David Rosewater, Global Head of Shareholder Activism and Corporate Defense.

Another key trend on the radar for the firm’s market-leading activism practice: Activists are increasingly taking positions tied to M&A transactions—sometimes on both the buy and sell sides of deals—and forming their own buyout funds to flex their muscle.

“Previously, an activist would take a stake in a company and then try to maximize its equity returns by encouraging or blocking M&A transactions.” Rosewater says. “Then some activists started asking: ‘Why can’t we be on both sides of the deal?’ So now we are starting to see at least a few begin to pursue that idea more actively.”

6. Japan as a Major Player

Building on some high-profile Japanese transactions in 2018—Takeda’s acquisition of Shire and Hitachi’s of ABB’s power-grids business—Japan is expected to be a major 2019 player in cross-border dealmaking. “The conditions are ripe for Japanese firms to seek further growth and business transformation through cross-border transactions,” says Kensaku Bessho, Head of M&A for Japan, also noting secular trends related to the maturity of the Japanese economy, as well as a declining population.

“We’ve seen some desire among Japanese companies to diversify their businesses away from the domestic market,” Bessho says. In particular, if U.S. rates continue to rise, Japanese firms may seek to exploit their cost-of-capital advantage by doing deals in the U.S.

Could the 2018 year-end market gyrations, which look likely to extend into 2019, affect the appetite for new deals?

The short answer: Probably not.

“I think the resetting, or volatility, within the equity markets is not a bad thing for M&A, because it resets expectations and helps close the gap between buyers and sellers,” says Donlon. “Going forward, companies still recognize that topline growth is difficult to achieve organically, and they will likely be on the lookout for new opportunities.” 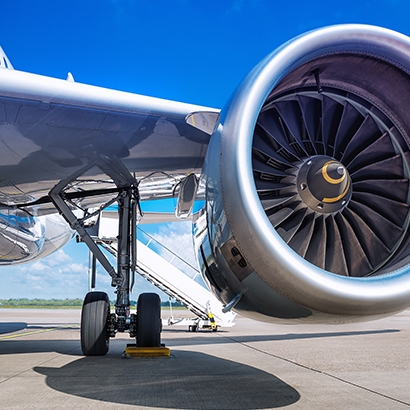 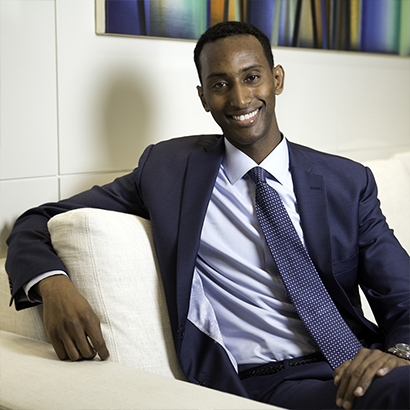