Will declining launch costs, advances in technology and rising public-sector interest position space exploration as the next trillion-dollar industry?

It’s been nearly half a century since humans left footprints on the moon and during that time, human space exploration has largely centered on manned low-Earth orbit missions and unmanned scientific exploration. But now, high levels of private funding, advances in technology and growing public-sector interest is renewing the call to look toward the stars.

The revenue generated by the global space industry may increase to more than $1 trillion by 2040.

The investment implications for a more accessible, less expensive reach into outer space could be significant, with potential opportunities in fields such as satellite broadband, high-speed product delivery and perhaps even human space travel. While the most recent space exploration efforts have been driven by handful of private companies in recent years, discussions of a sixth branch of the U.S. military—the “Space Force”—along with growing interest from Russia and China, means public-sector investment may also increase in the coming years.

In a recent update to its report, “Investment Implications of the Final Frontier," Morgan Stanley Research examines these fast-moving developments and charts the constellation of potential opportunities in space.

A single transformative technology shift often can spark new eras of modernization, followed by a flurry of complimentary innovations. In 1854, when Elisha Otis demonstrated the safety elevator, the public couldn’t foresee its impact on architecture and city design. But roughly 20 years later, every multistory building in New York, Boston, and Chicago was constructed around a central elevator shaft.

Today, development of reusable rockets may provide a similar turning point. “We think of reusable rockets as an elevator to low Earth orbit (LEO),” says Morgan Stanley Equity Analyst Adam Jonas. “Just as further innovation in elevator construction was required before today's skyscrapers could dot the skyline, so too will opportunities in space mature because of access and falling launch costs.”

Privately held space exploration firms have also been developing space technologies, with ambitions such as manned landings on the moon and airplane-borne rocket launchers that could launch small satellites to LEO at a far lower cost, and with far greater responsiveness, than ground-based systems.

While private-equity projects have grabbed most of the headlines in recent years, public-sector interest has also grown. In August 2018, NASA announced crews for manned flights to the International Space Station (ISS) on commercially developed U.S. rockets. The flights, planned for late 2019, would be the first time that the U.S. has flown manned missions to the ISS, since the shuttle program was retired in 2011. This will likely be an important milestone for the relationship between private enterprise and the U.S. government in the space domain, and one that may garner high levels of media and investor attention.

Also last year, the Trump Administration announced plans to create a U.S. Space Command (including a Space Operations Force and a Space Development Agency). This development could benefit the U.S. Defense Department—as well as the aerospace and defense industries—and help focus and accelerate investment in innovative technologies and capabilities.

Near term, space as an investment theme is also likely to impact a number of industries beyond Aerospace & Defense, such as IT Hardware and Telecom sectors. Morgan Stanley estimates that the global space industry could generate revenue of more than $1 trillion by 2040, up from $350 billion, currently. Yet, the most significant short- and medium-term opportunities may come from satellite broadband Internet access.

To Infinity and Beyond

Beyond the opportunities generated by satellite broadband Internet, the new frontiers in rocketry offer some tantalizing possibilities. Packages today delivered by airplane or truck could be delivered more quickly by rocket. Perhaps private space travel could become commercially available. Mining equipment could be sent to asteroids to extract minerals—all possible, theoretically, with the recent breakthroughs in rocketry.

Jonas cautions that “history is littered with cautionary tales" of investing in satellite and other space-related companies, noting that stocks have been volatile and several such companies failed in the 1990s. Understandably, many investors would rather think about nearer-term themes that are actionable and can impact their portfolios in 2019. However, initiatives by large public and private firms suggest that space is an area where we will see significant development, potentially enhancing U.S. technological leadership and addressing opportunities and vulnerabilities in surveillance, mission deployment, cyber, and artificial intelligence.

For more information on opportunities in space, ask your Morgan Stanley representative or Financial Advisor for recent Morgan Stanley Research reports on the investment significance of the space economy. Plus, more Ideas from Morgan Stanley’s thought leaders.

How reliable is the maxim that a good economy means a presidential incumbent re-election? Head of U.S. Public Policy Michael Zezas looks at history. 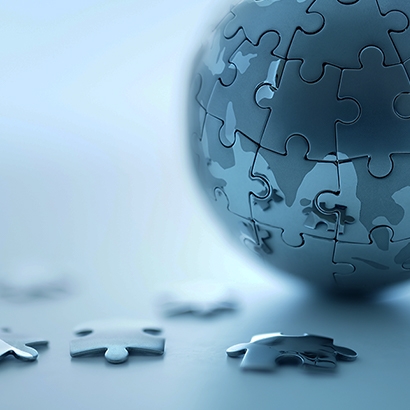 Is It the End of the Line for Globalization?

Globalization has been a dominant investment theme for decades. Now, several trends are making global trade less advantageous and, in some cases, less feasible. 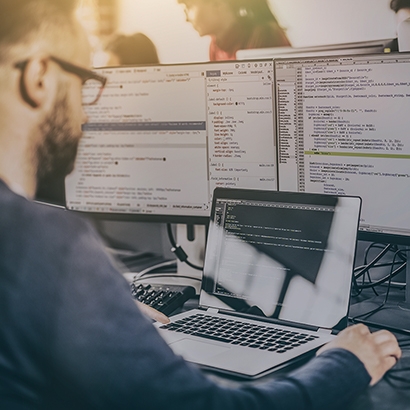 Rapid changes in the digital era have put software development on the C-suite radar. Why “New Stack” could unlock business productivity—and investor interest—in the years ahead.