Decarbonization: The Race to Zero Emissions

As glaciers retreat, sea levels rise and temperatures increase, it’s clear that climate change is well underway, due in large part to the ever-increasing amounts of CO2 in the earth’s atmosphere.

With potentially $3 trillion to $10 trillion of earnings before interest and taxes up for grabs, decarbonization could present a material economic and humanitarian opportunity.

The question, then, is how to best mitigate carbon emissions, which have now reached 53.5 gigatons (Gt) per year, the highest level in human history.

Although getting there won’t be easy—“net zero” emissions will require $50 trillion in investment by 2050—accelerating the adoption of these technologies could remove 25Gt of carbon emissions annually by 2050.

“The economic costs to decarbonize are substantial. But clear opportunities to reduce emissions exist and the benefit to choosing the right path could also mean significant returns on investment,” says Jessica Alsford, Head of Sustainability Research for Morgan Stanley.

Bottom line: With potentially $3 trillion to $10 trillion of earnings before interest and taxes up for grabs, decarbonization could present a material economic and humanitarian opportunity.

The Race to Net Zero

In 2015, the world’s major industrialized countries gathered in Paris for a now-historic summit to address the challenges of carbon reduction and climate change. To avoid irreversible harm from global warming, nations agreed on a temperature increase limit of 2 degrees Celsius this century.

To achieve this requires a “net zero” carbon emission status by 2050. Simply put, net zero is an equilibrium achieved when the amount of greenhouse gas emissions that humans create is offset by the amount of carbon removed from the atmosphere, producing a balance between emissions and decarbonization.

The mandate for carbon-mitigating tech will undoubtedly require a massive government investment in related private companies. But governments alone will not be able to fund development of these technologies. Investors are increasingly directing capital toward companies developing low-carbon technology and green business models.

A Shift to Renewables

Since power generation emissions are the lion’s share of energy-related emissions, Morgan Stanley believes renewable energy production—with the improving economics of wind and solar—is the biggest area of opportunity.

“To be on track for a 2 degree Celsius scenario, renewables need to deliver about 80% of global power generation by 2050,” says Stephen Byrd, Head of North American Power/Utilities and Clean Tech Research.

Because fossil fuel power generation—coal, oil and gas—still accounts for approximately 65% of electricity generation, this sector has the most potential for disruption. To reach carbon reduction targets by 2050, Morgan Stanley estimates, $14 trillion in investment will be needed to create the required 12,000 GW of additional renewable capacity. This means more wind and solar.

“Rapidly improving economics of solar power will make it the fastest growing renewable over the next decade,” Byrd says. “Though rapid improvements in technology have made wind the lowest cost form of energy in many markets.”

There will also need to be significant investment in the grid. The current distribution and transmission grids that operate globally were not built with renewables in mind. Once solar and wind reach 35-50% of total power generation, grids will need improvements to ensure stability during periods of low sun or wind.

One third of the world’s energy still comes from legacy coal power plants. Carbon Capture & Storage (CSS), a process to capture carbon from power stations and industrials and store it underground, is a key incremental technology on the path to net zero emissions.

Fulfilling the potential of CCS under the Paris Agreement would require capital investment of approximately $2.5 trillion by 2050. “To make CCS attractive to investors long term, however, governments need to adopt policies to incentivize emission reductions and put a price or credit on emissions avoided and stored,” says Alsford.

Biofuels have been around for decades and release lower levels of carbon dioxide and other emissions when consumed. Most gasoline sold at gas stations in the U.S. already has a 10% ethanol component. Currently, biofuels are more favorable for use in road transportation, but biofuels are also technically viable for aviation and marine usage.

Biofuels fit three profiles (from least efficient to most efficient): fuel made from foodstock, fuel derived from waste and wood, and biofuel made from algae. Ultimately though, the less efficient biofuels are two steps forward and one step back, taking farmland for food out of production to grow subsidized corn for fuel.

Morgan Stanley estimates that roughly 4% of global transportation fuels will come from biofuels in 2030. Longer term, building sufficient biofuels capacity to be aligned with the 2 degrees Celsius goal will require an investment of about $2.7 trillion by 2050. This assumes that aviation and road freight rapidly increase the adoption of biofuels in addition to further penetration of passenger road vehicles.

“Geographically, Europe is likely to have the highest level of total penetration driven by legislative requirements that cap CO2 emissions,” says Adam Jonas, head of the Global Auto & Shared Mobility research team. “We also forecast significant growth across China due to the new energy vehicle (NEV) credit system mandating low emission vehicles and in India.”  However, the U.S. is about 5-10 years behind in terms of sales penetration rates.

Morgan Stanley sees EV use jumping globally to 113 million by 2030 and 924 million by 2050, up from approximately 1.3 million vehicles in 2018.  To fully build out the required global infrastructure to support electric vehicles—OEMs, gigafactories, battery components, electricity capacity and storage and other infrastructure could require $11 trillion of capital investment through 2050.

Interest in hydrogen is a relatively recent trend, however it could be a key enabler of decarbonization across industry, mobility and power generation beyond 2030.

Clean hydrogen is not currently a commercial technology contributing towards decarbonization since it requires fossil fuels to produce (“blue hydrogen”). However, there is growing interest in green hydrogen which uses renewable energy to produce. The rise of green hydrogen could open a range of applications from transportation to energy storage, and help several sectors reach their decarbonization targets.

“While the long-term prospects for hydrogen are exciting, there are a number of challenges to overcome in the short term," says Byrd. “As such, we estimate a very small carbon offset from clean hydrogen by 2030, but with a possibility of rapid acceleration 2030-2050.”  An analysis of the build out of infrastructure and power generation capacity suggests up to $20 trillion of capital investment by 2050, which would enable an emissions to reduction of 6Gt annually.

Finally, while the headline investment numbers are significant, there is an opportunity to generate attractive returns. Some technologies such as wind and solar are already generating returns, while other areas like biofuels show strong returns for specific projects and companies.

Ultimately, however, a more sobering number comes from failure to act. The report notes that failure to maintain the 2 degree Celsius limit could subtract $10-20 trillion from global GDP by 2100—with the costs to humanity even higher.

Why 2020 May Be Tricky for Investors 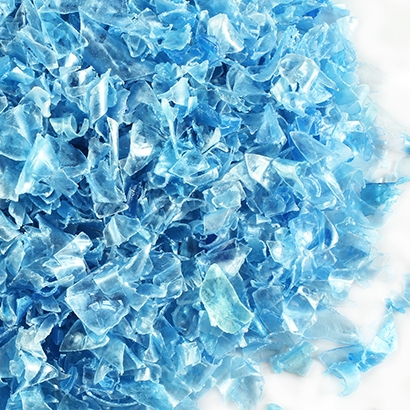 With environmental concerns more important than ever, consumers—and investors—are supporting companies on the right side of plastic waste. 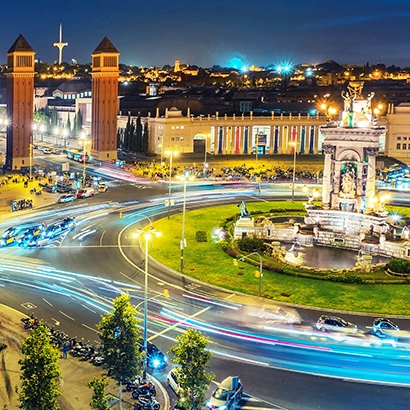