Rising incomes and urbanization, a passenger vehicle sales boom and the drive toward cleaner air could be setting the stage for the transformation of mobility in India—and the auto industry worldwide.

Air pollution, rising incomes and the largest urbanization wave of the 21st century could drive the next era of mobility in India, one of the world’s most populated nations. This pivot to Autos 2.0—electric vehicles, shared mobility and autonomous driving—could potentially help drive half of the incremental global car demand over 2017-30 and position India as a key player in the evolution of auto manufacturing.

In the report’s base case, half of India's 2040 car fleet will be EVs, half of all miles driven will be on shared mobility platforms, and 36% of cars sold will be fully autonomous.

The shift comes as India faces the largest urbanization wave of the 21st century. By 2030, seven of India’s most populated cities will house more than 10 million people each. Pollution also continues to be a challenge in the country’s major urban areas. With rising income driving demand for more autos, vehicle pollution will only increase unless the country shifts away from the traditional internal combustion engine (ICE) vehicle.

“To confront the ongoing challenges of pollution and urbanization, India will need to transition to electric vehicles (EVs), shared mobility and autonomous driving.  We believe government policy could play an important role in driving the auto industry to embrace these changes,” says Ridham Desai, Head of India Research at Morgan Stanley.

The report suggests 30% of new vehicle sales in India could be electric-powered by 2030—versus zero in 2017—and that shared-ownership model vehicles could account for 35% of the miles driven throughout the country. The result could mean increasing job growth in India, a lower trade deficit and a cleaner environment.

According to a study conducted by the World Health Organization (WHO), India's pollution levels have continued to rise in the past five years, led in large part by vehicle emissions. India dominated the list of cities with the highest levels of PM2.5, particles that have been identified as causing respiratory and related health problems.

The Center for Science and the Environment estimates that air pollution causes 30% of the premature deaths in India. Desai notes that by 2030, particulate matter emissions—a key component of vehicular emissions —would increase by 20% from current levels if all vehicles continue to run on internal combustion engines.

Complicating these statistics is a forecasted surge in car ownership.  Morgan Stanley projects per capita GDP to increase from US$1,950 in 2017 to $5,733 in 2030, leading to a projected 95 million cars on the road by the same year, compared with 34 million last year.

“If ICE vehicles represent the bulk of this increase, the environmental costs could threaten the sustainability of India's economic trajectory as growth slows and human capital emigrates in search of better living conditions,” says Desai.

While a cleaner environment and the changing urban landscape are creating the need for better transportation, three other factors may further enable the transformation.

First, an intensifying public debate on pollution and urban congestion could likely spur more forceful government action. Second, investment in the US$1 trillion global opportunity for Autos 2.0 is reducing the cost of electric vehicle batteries and advanced driver-assistance systems in automated vehicles. Morgan Stanley Research is forecasting EVs to reach cost parity with ICE in India by 2026.

Finally, the small passenger vehicle (PV) base in India (3% of the total global car population) means that new buyers will be driving most of the projected growth over the next 20 years. These new buyers could leapfrog ICE cars and jump directly into 21st century technologies. Since India could represent half of incremental global car demand over the next two decades, global OEMs that are investing heavily in Autos 2.0 will likely chase this growth.

The economics for India are also a compelling driver. According to Adam Jonas, Morgan Stanley’s Head of Global Auto & Shared Mobility Research, US $582 billion could be invested by 2040 on charging infrastructure, power generation and other components to support widespread EV use, which will drive job growth in the country. “Shared autonomous vehicles can help ease India's notorious traffic, as well as lower the number of road accident deaths, which totaled 150,000 in 2016,” says Jonas.

These shifts also reveal opportunities for the industries and investors, particularly as the cost of EV manufacturing declines. The report forecasts a $660 billion total annual market by 2030 for Autos 2.0 in India, with 55% of cars sold having some advanced driving features. In the report’s base case, half of India's 2040 car fleet will be EVs, half of all miles driven will be on shared mobility platforms, and 36% of cars sold will be fully autonomous.

According to Binay Singh, equity analyst for Indian autos and auto parts, automobile original equipment manufacturers, especially those with current EV involvement, should rate some attention, as should those that can offer electric hatchbacks, lower-cost options for shared mobility, and premium cars for Indians with rising incomes. “Autonomous vehicle tech suppliers, energy suppliers for charging stations, and the financial entities that can help fund what will be a major infrastructure overhaul should also warrant investor interest,” says Singh.

However, if India's adoption of Autos 2.0 exceeds Morgan Stanley's base case, the total available market by 2030 could reach as high as US$1 trillion.

For Morgan Stanley Research on opportunities in India's automotive future, ask your Morgan Stanley representative or Financial Advisor for the full report, “India's Transport EVolution,” (May 31, 2018). Plus, more Ideas. 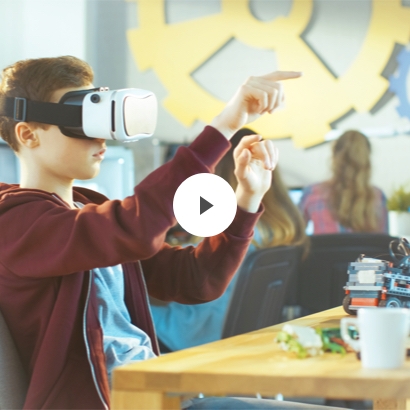 What Do Banks, VR & the Mars Rover Have in Common?

Virtual reality is popping up in almost every industry, doing the once unimaginable. How did it grow from the stuff of Sci-Fi into a real world revolution? 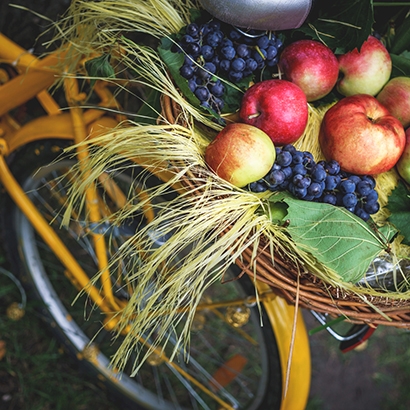 In a survey, 70% of institutional investors said they're integrating sustainable investing into their process, signaling how quickly the ESG imperative is catching on.