What is the prognosis for the medical sector, as scrutiny heats up amid public outrage over recent extreme price hikes for niche drugs?

When a small pharmaceutical company raised the price of a 62-year-old drug 5,000% in September, it set off a media and political firestorm. Investors in pharmaceuticals across the globe felt the heat, promptly retreating.

Between Sept. 21st and 30th, the Amex Pharmaceutical Index fell 6.4%—three times more than the S&P 500 gauge of the broader US market. European and Japanese pharmaceuticals, though relatively insulated, dropped 2.5% and 6.1%, respectively.

In the US, scrutiny of drug pricing will likely carry through the November, 2016, presidential election, but the effects will vary, depending on regional exposure, industry niche and company fundamentals. In a recent Morgan Stanley Research report, “Navigating an Environment with Greater Drug Price Scrutiny," the global healthcare team examines how limits on price increases could play out, what kinds of healthcare-related companies are most exposed to pricing pressure, and those that are better insulated from, if not immune, to it.

It's important to note that extreme price increases aren't the typical business model. “Although such actions have recently been very negative for drug industry public relations and stock valuations, we estimate they only related to drugs that represent, in aggregate, a single-digit percentage of the overall US drug market," says David Risinger, US pharmaceuticals analyst for Morgan Stanley.

Yet, such isolated actions can have an outsized effect. Heightened public and political outrage over rising drug costs will likely constrain investor enthusiasm for the sector in the near-term, even though it is unlikely to affect actual earnings power, Risinger says.  All told, he estimates that extreme pricing changes could reduce global 2017 earnings-per-share estimates by 4%.

The prognosis is better for some companies than others. In fact, even while list prices have increased at a 10% compound annual growth rate (CAGR) over the past two years, net price increases—the actual price of a drug after accounting for rebates—has declined, with a 7% CAGR from 2012 through 2014. This, say analysts, could help deflect some of that intense public scrutiny.

Within healthcare, pricing pressure is most intense for drug manufacturers and distributors—but with significant differences by region, industry subsector, and business model.

Manufacturers that derive most of their sales from the US are more vulnerable than those focused on sales in other regions. Among leading Japanese and European pharmaceuticals, for example, US exposure is relatively limited. The best-positioned companies derive roughly a quarter of sales from the US.

Generics are among the least exposed to pricing pressure. In general, they are viewed as a way to contain costs. Conversely, specialty pharmaceuticals, which typically charge high prices for complex diseases, are most likely to come under scrutiny given their five-digit-or-higher annual costs per patient.

Regardless of the outcome of current political scrutiny, the companies that can innovate, consolidate or negotiate will be better positioned to outperform. Solid track records in research and development and promising pipelines will continue to drive long-term success.

“Truly innovative medicines will always enjoy a certain level of pricing power," says Matthew Harrison, who covers large-capitalization biotechnology companies. Big Pharma, which has lagged biotechnology in that regard, appears to have turned a corner, hitting new highs in product approvals in 2014.

Smart acquisitions are another source of growth, but weak stock prices and high debt can also cause pain. Those with strong balance sheets and substantial cash cushions, meanwhile, could leverage current volatility for advantage.

Negotiators, companies that help manage pharmaceutical benefits, could also outperform. These intermediaries between drug manufacturers, sellers and payers are largely responsible for reducing net costs. They are now looking to “tighten the screws in categories that have not been aggressively managed," says Risinger. In the end, better negotiation, rather than list-price controls, may quell concerns about rising drug costs.

For more Morgan Stanley Research on the outlook for the healthcare sector, ask your Morgan Stanley representative or a Financial Advisor for the full report, “Navigating an Environment with Greater Drug Price Scrutiny” (Oct 1, 2015). Plus, more of our latest ideas. Coping with the Rising Costs of Healthcare

Longer lifespans and challenging healthcare costs mean future planning for healthcare is more important than ever. 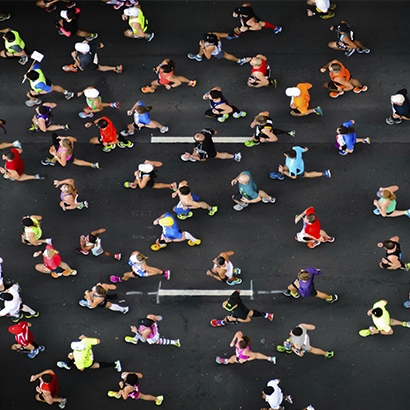 Athletic-wear sector's prospects for growth are getting stronger, as the health and fitness trend goes global. 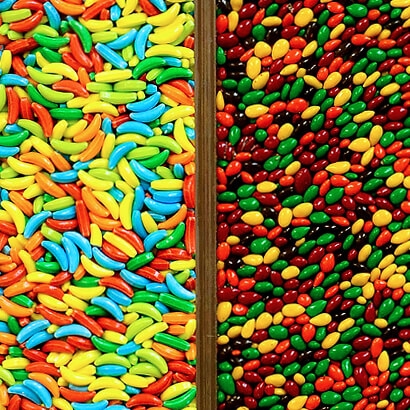 As diabetes, obesity hit epidemic proportions, sugar is among the prime suspects, with calculable health and economic costs.