A Green Bond Revolution with a Social Twist

A China-driven surge in green bond issuance helps pave the way for a socially responsible version of the security in the U.S.

Starbucks created something remarkable in May, besides the Caramel Waffle Cone Frappuccino.  It served up a $500 million “social bond” to investors, and in doing so, expanded the use of the bond market well beyond its usual remit. Starbucks will use the funding to support its stable of hand-picked ethical coffee growers, which includes lending to farmers who can’t get funding elsewhere.

The Morgan Stanley-led deal is the first of its kind by a U.S. company, and is a key advancement in the world of sustainable investing. It signals to the rest of Corporate America that many investors now look at social responsibility as an item just as deserving of funding in the bond market as any other core business activity.

“Starbucks epitomizes how any corporation in any industry can now take a look at its business and identify how it operates in a socially responsible manner, and then offer investors the opportunity to support that,” says Navindu Katugampola, head of green and sustainability bonds at Morgan Stanley.

Paving the way for social, or “sustainability” bonds as they’re sometimes called, is a booming green bond  business. Green bond issuance reached record levels in the first half of this year, fueled by a first quarter surge in deals out of China. By the end of June, Chinese entities constituted a quarter of the record $37 billion worth of deal volume1. Moody’s Investors Service expects entities from China, and a number of other signatories to the United Nations’ COP21 Paris Agreement2 to seek funding for climate-related projects in the green bond market. Moody's forecasts at least a $50 billion tally of deals by the end of this year and possibly as much as $70 billion, from $42 billion in 20153.

“India is one of the governments around the world that agreed at the UN’s COP21 meeting to a new global climate accord, and its plans to boost renewable energy capacity is very substantial,” says Andrew Salvoni, head of Morgan Stanley’s green and sustainable bond syndicate desk. “It’s likely we’ll also see debut offerings from other countries using the structure to fund environmentally-friendly projects.”

Driving record deal volumes for green bonds and the debut of new structures is ever-increasing demand for Sustainable and Responsible Investing (SRI). Overall appetite for SRI products and strategies now accounts for $6.57 trillion of assets managed in the U.S.4 and $21.4 trillion globally5.

The acceptance of green bonds has helped whet investors’ appetite for more kinds of SRI vehicles. “One of the reasons why we are seeing a growing interest in social bonds is because people want diversity in their SRI portfolios – they want different kinds of issuers,” says Salvoni. “Many investors also want to get involved in other causes they are passionate about.”

Social bonds have been slow to catch on, partly because of the lack of any guidelines on what constitutes one. “There’s been a push, particularly on the investor side but also from issuers, to expand the green bond market from simply a climate remit, to include other aspects of socially responsible investment,” says Salvoni.

The International Capital Markets Association has sought to remedy this with a Social Bond Guidance appendix to its already industry-standard Green Bond Principles.

1: Moody’s Investors Service
2: Moody’s Investors Service: The Paris Agreement is an international climate pact which aims to keep global warming well below 2°C above pre-industrial levels and commits countries to pursue efforts to limit the temperature increase to 1.5°C above pre-industrial levels. While not legally binding, the agreement was signed by 174 countries on 22 April 2016. The agreement will enter into force when at least 55 signatories — accounting for 55% of global greenhouse gas emissions —have deposited their instruments of ratification, acceptance or approval. So far, 19 parties have done so. The agreement will remain open for signature until 21 April 2017.
3: Moody’s Investors Service
4 Bloomberg New Energy Finance, Bloomberg LP
5. Report on the Sustainable and Responsible Investing Trends in the U.S.,
2014, US SIF Foundation, November 2014. 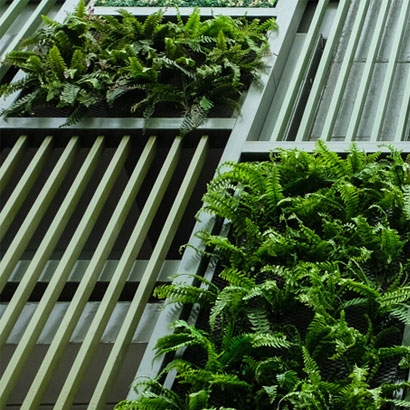 New Bonds Make It Easy to Be Green

Green bond offerings are growing in the sustainable investment space, nixing the idea that stocks are the only game in town.