Morgan Stanley Research takes a diverging view from the market consensus across dozens of areas, from secular themes to regional economic outlooks. Here are seven highlights for 2020.

Which global equities market offers the most compelling values? Is this the year climate concerns supercharge electric-vehicle sales? How might the U.S. elections affect drug prices?

In a new edition of its annual “Big Debates” series, Morgan Stanley Research has identified dozens of key equities debates for the coming year. These are the meaningful debates likely to be settled (or significantly advanced) in 2020 in which the firm’s analysts, economists and strategists take a view counter to the current market consensus. Here are seven highlights.

Economic and corporate earnings growth in Europe are expected to improve modestly in 2020—but the real story this year is multiple expansion. “At a time when global valuations are near the top of their 10-year range, Europe is the one region where we see valuation upside next year," says Chief European Equity Strategist Graham Secker.

In fact, several catalysts could entice investors to shift assets back to the region. These include a reduction in Brexit risk, the potential shift from monetary to fiscal policy, tighter peripheral and credit spreads, plus, more mergers-and-acquisitions activity and share buybacks. “Together, these should boost inflows into the European equity market, which would likely lift relative valuations," says Secker.

Value stocks have the most to gain. The MSCI Europe Value Index now trades at a greater discount to MSCI Europe Growth Index than it did back in 2000, while relative valuations for banks in the region have dipped to a 30-year low.

Global Valuations Are Near the Top of Their 10-Year Range

Yet, the 2020 outlook for U.S. drug prices could offer a surprise. Morgan Stanley analysts believe most pharma manufacturers could increase U.S. retail drug list prices. However, public backlash from price inflation could be mitigated by rebates and discounts. “As a result, 2020 financial prospects appear solid," says healthcare analyst David Risinger. “In fact, we believe that public perception could actually improve on the margin if the Democratic presidential nominee is not a strong advocate of drug pricing controls.”

Smartphone replacement growth has been soggy since 2016 as more consumers opted to hold onto their increasingly durable—and expensive—devices.  Although curiosity is high for the rollout of faster 5G networks, market consensus believes 5G will drive less than 1% smartphone sales growth through 2021, merely stabilizing smartphone replacement cycles that had been trending downward.

But Katy Huberty, Morgan Stanley’s Head of IT Hardware Research, says consensus may be underestimating 5G’s potential to reinvigorate consumer desire for transformational tech. “On the surface, faster upload/download speeds, lower latency and increased capacity are obvious drivers, but consensus may be missing the ‘killer app’ possibilities that these improvements bring such as augmented and virtual reality apps.  Think gaming, navigation, e-commerce and the list goes on.”

Huberty and her team estimate that as consumers see the possibilities of 5G, it could shrink smartphone replacement cycles by up to half a year over the next 2 years, driving smartphone shipment growth of 2.7%-6.0% annually over the next two years — and an incremental $24-130 billion to smartphone manufacturers through the end of 2021, relative to market expectations.

When U.S.-China trade tensions began in early 2018, investors assumed that trade flows would shift to India and southeast Asian countries. What they didn't account for was a downward drag on U.S. demand for imports, which overshadowed any benefit for the region.

Now, however, the benefits of trade substitution could come to light, as policymakers in South Korea, India, Taiwan and other countries roll out incentives to bring in more foreign direct investment (FDI). “We expect India and some southeast Asian nations to be beneficiaries of the diversion in trade and non-trade flows in the medium term," says Asia Economist Deyi Tan. One caveat: “The shift in FDI is likely to happen in small steps rather than in big waves in 2020," Tan says.

Current market consensus believes that consumers care about the environment and sustainability, but they are unlikely to alter their pattern of behavior, with cost and convenience typically the driving factors in purchases. But according to Jessica Alsford, Head of the Global Sustainability Research team, that may be changing, with impacts to consumption across a number sectors.

“We’re seeing more evidence of ‘sustainability conscious’ consumers. Amid concern over global apparel’s impact on the environment, there is already evidence that consumers are beginning to reduce the number of clothing purchases they make in the U.S., UK and Japan.” Apparel rental programs have also seen increased growth.

Leisure and corporate air travel could also see effects as consumers begin to act in line with their views on high-carbon travel, preferring to vacation closer to home or travel by rail where possible.  For investors, brands with superior environmental credentials could see an increase in demand as the conscious consumerism trend grows.

The prevailing view holds that automakers may soon be running on fumes. Ten years into the longest growth cycle on record, amid growing climate-change awareness, automakers seem to have entered a tough stretch. They need to invest more in electric-vehicle and autonomous-vehicle development, but run the risk of cannibalizing their legacy internal-combustion production lines.

Morgan Stanley analysts believe that this narrative could begin to change in 2020. Consumers are now demanding products with better environmental credentials, while battery costs have fallen by nearly tenfold since 2010. Within four years, the costs of an electric vehicle could be cheaper than its internal combustion counterparts.

For automakers, decarbonizing a global fleet of more than a billion passenger vehicles will also require a robust auto industry producing zero-emission vehicles. “Our analysis suggests that electric vehicles can be profitable, and government support will be pervasive,” says auto analyst Adam Jonas. “Instead of spending billions of dollars on research and development and capital expenditures to meet emissions standards, we believe that the better question is whether climate-change concerns can drive $25 trillion in vehicle replacement demand."

Brazil's economy is set to accelerate this year, as low interest rates spur consumption and investment activity. Morgan Stanley economists recently upgraded the forecast for real GDP growth from 1.6% in 2019 to 2.2% in 2020 and 3.1% in 2021.

By the End of 2019, the MSCI Brazil Index Was Up 9%
But with Material Sector Performance Dispersion

This hasn't been lost on investors, who've flocked to Brazilian consumer stocks. While those stocks should continue to benefit, Brazil’s banks may offer a significant investment opportunity. “If we overlay the recent performance of retail banks and compare it to the average historical pattern around similar periods, it appears the retail banks have already bottomed out," says Guilherme Paiva, Chief Equity Strategist for Latin America. “The time to go long retail banks is now."

For more Morgan Stanley Research on Global Strategy, ask your Morgan Stanley representative or Financial Advisor for the full series of reports on big debates for 2020. Plus, more Ideas from Morgan Stanley's thought leaders.

What Can SARS Tell Us About the Coronavirus? 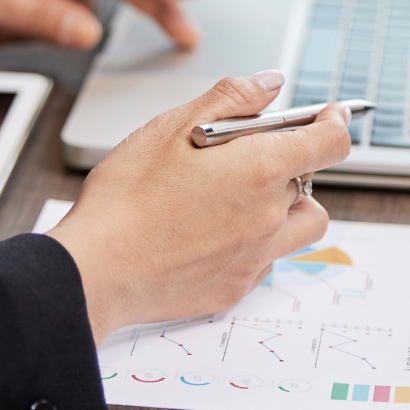 Creditors are newly empowered to press for action and financial disclosures on climate change from companies in which they hold debt. 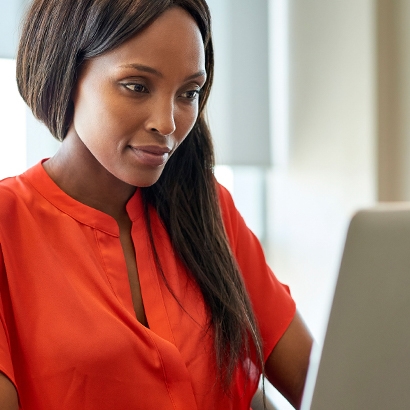 Trying to land your dream job on your laptop can be tricky. Here’s how to make a good impression when you take part in a remote interview.