Hello, Europe? 5G Is On The Line

Some industry observers say European telcos are sending a weak signal on 5G launch dates. But the new technology could launch earlier than expected.

5G technology promises to deliver faster download speeds, a far more efficient use of the mobile spectrum and denser networks with fewer white spots. For both industries and consumers, 5G will better enable technology like the Internet of Things to power smart factories, drive connected cars and use wireless locators to find a lost pet or house keys.

An alternative view is emerging that 5G could launch in Europe earlier than some expect.

Despite high anticipation for 5G, one of the key questions is launch timing. Some U.S. operators have already rolled out limited 5G services in select U.S. cities, and operators in China, South Korea and Japan are prepping to launch 5G in the next 6 to 18 months. However, the 5G outlook in Europe is still somewhat of a question mark, with 2021-22 often cited as a launch date.

Why are European telcos broadcasting such a weak signal on 5G? First, 4G has hardly been a financial success for operators in Europe, which begs the question: “Why rush to 5G?” Indeed, European mobile-service revenues have declined by more than 25% since 4G was first rolled out seven to eight years ago.

Second, European operators may decide that waiting is the best strategy, since a delayed rollout will likely bring cheaper 5G kit prices, and a greater selection of 5G handsets. European telco balance sheets are also more stretched now than they were in 2010, so cheaper 5G kits could help margins.

Lastly, immediate use cases for 5G have yet to emerge, with the possible exception of Fixed Wireless Access, which would make 5G a replacement for wireline broadband.

That said, an alternative view is emerging that 5G could launch in Europe earlier than some expect. Telcos may note that early adopters of 4G saw decent market-share gains of up to two percentage points and may seek to replicate this success with early 5G adoption.

A final consideration for telcos: Could 5G reveal the next killer app? For example, the launch of 4G laid the groundwork for wireless video to emerge unexpectedly as the predominant use case. Abundant 5G use cases have yet to reveal themselves, to which some industry watchers say: “Build the network, and the killer apps will come.” 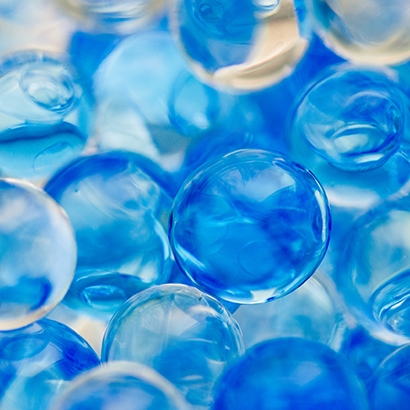 Could Bioplastics Be a Material Change for Plastic Waste?

Bio-based and biodegradable plastics could turn the tide on petrochemical-based single-use plastics that litter oceans and landfills.