eSports is on track to be a $1.5 billion industry by 2020 as it emulates the business models of major league sports, complete with sponsorships, advertising, media rights, ticket sales and merchandise.

In arenas around the world, people are paying top dollar to see their favorite elite players and teams in action, while millions of global viewers watch from afar. These competitions have all the same elements of traditional sporting events with one nuance: Players connect passes and strike their opponents with handheld video game controllers, and rarely do they leave their chairs.

In 2017, eSports attracted an audience of more than 380 million, a 20% increase from the year prior.

Old-school sports fans may roll their eyes, but eSports—professional video gaming—is gaining traction as a spectator sport, garnering ticket sales, attracting major sponsorships and grabbing a growing share of advertising dollars. The segment is organizing around professional teams and leagues, many of them run by same high-profile owners of traditional major league sports.

Mainstream advertisers, from beverage companies to financial services companies, have come on as major sponsors and advertisers. The International Olympic Committee is even considering bringing eSports to the Paris 2024 Summer Olympics.

“eSports is a phenomenon in the world of media. It sits at the junction of the leisure industry, video game publishers, the events business, the sports world, media rights, and advertising and sponsorship," says Patrick Wellington, Head of European Media Research, who outlines this trend in a new report from Morgan Stanley.

In 2017, eSports attracted an audience of more than 380 million, a 20% increase from the year prior. With a fan base that is young, affluent and global, eSports is well positioned to win sponsorship and advertising dollars. Excluding game publisher revenues, the category was worth an estimated $700 million in 2017, and that figure is on track to increase about 32% a year over the next couple of years, reaching $1.5 billion by 2020 according to independent forecaster NewZoo.

Video game enthusiasts have been coming together for tournaments and festivals for decades, but digital distribution channels coupled with the growth of gaming in general has given rise to an eSports ecosystem with many of the same dynamics as traditional major league sports.

The best players are now part of professional teams, which in many cases offer guaranteed salaries and benefits, coaches and training facilities. Teams typically participate in tournaments organized by independently-owned leagues. “The relationship is analogous to that of Formula One," says Wellington, adding that the largest tournaments pay out millions of dollars in prize money.

The Structure of the eSports Market

Although organizers make money from ticket sales and merchandise sold to in-person audiences, they also sell media rights to distributors. Online networks and apps function as the primary distribution channels for eSports, although traditional distributors are showing increased interest, and understandably. In 2018, eSports enthusiasts around the world are expected to watch 6.6 billion hours of eSports video.

As with other sports, teams don brand logos on their jerseys, and promote product during competition and on their social media channels; distributors sell advertising slots around the events.

Indeed, sponsorship sales and advertising are the largest sources of revenue for teams, organizers and distributors. Last year, they accounted for 38% and 22% of total eSports dollars.

Historically, game publishers have paid leagues and festivals to promote their games, but growth in this segment—which accounted for about 18% of total eSports dollars—is shrinking; increasingly, publishers only pay to promote less established games.

For investors interested in participating in the eSports trend, the direct route is via publicly-traded companies that organize leagues and festivals. Other avenues are game publishers who create titles aimed at the eSports market and media companies involved with distribution of eSports video content.

eSports is also giving rise to indirect beneficiaries such as specialized hardware makers who stand to benefit from amateur gamers seeking to emulate elite players with game-specific keyboards, mice and gaming headsets. And as in traditional sports, online gambling is another indirect beneficiary of these unique sporting events.

For more Morgan Stanley Research on eSports, ask your Morgan Stanley representative or Financial Advisor for the full report, “eSports: Game On" (January 10, 2018). Plus, more Ideas.

From Baby Boom to Youth Boom

Is America’s next heyday ahead? On this special podcast episode, Chief U.S. Economist Ellen Zentner explains why America’s youth may be set to power U.S. GDP in the coming years. 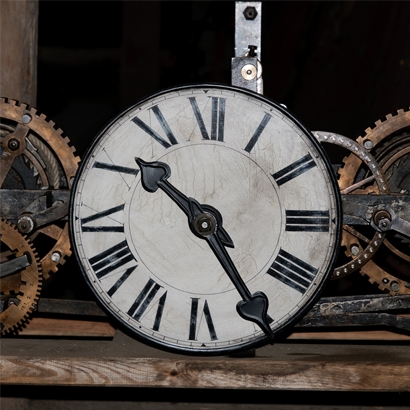 The Market Today vs. the Dot-Com Era

Stock market performance now has a lot in common with the late 1990s, but some important differences exist. What might that mean for future returns?