In an election cycle that has proven exceptionally divisive, many Americans seem to agree on at least one thing: Something needs to be done about extreme drug-price increases. Indeed, according to a recent report from the Kaiser Family Foundation, 86% of the public is unhappy about the lack of transparency around drug pricing, and 76% want to limit charges for high-cost drugs.1

Meanwhile, the drug industry can’t seem to help but exacerbate the issue. The recent surge in the price of a commonly prescribed anti-allergy injection device—from $57 in 2007 to $600 this year—has only added to the furor and thrust the issue into the spotlight of presidential election politics. Both major candidates have scrutinized high drug prices, with Hillary Clinton recently unveiling a plan to fight “unjustified" hikes.

The sharp rhetoric and policy prescriptions aren’t unexpected, but they do beg the question: What constitutes a “normal” price increase for drugs? A recent report from Morgan Stanley Research, "In Search of 'Normal' Drug Prices" (Sep. 8, 2016), tries to put the issue in context and finds that double- and triple-digit drug-price increases may actually be closer to the norm, rather than the exception. Regardless of what's said on the campaign trail, the reality is that legislating new drug-price regulations will be difficult, if not impossible, given the gridlock in Washington.

The heart of Clinton's proposal involves creating an oversight committee that would review outlier drug-price increases. Yet, when you take public outrage out of the equation, defining what constitutes a “normal"—versus “excessive”—price increase for the industry isn’t straightforward. Morgan Stanley's healthcare research team analyzed the price moves of 269 major branded prescription drugs from 2009 to 2016 and found that the costs of two-thirds of them rose by more than 50% during that time; 44% more than doubled.

Drug Pricing Basket by the Numbers

“The data raises the question of what constitutes an outlier within an industry that routinely witnesses double-digit price increases," says Ricky Goldwasser, who covers healthcare services and technology, and was the lead analyst on the report. A more meaningful conversation about policy solutions, she says, may start with these findings—that what seem like outlier price increases are in fact widespread—and go from there.

Prices rise, but are the increases justified? It's a tricky question, especially in the case of older drugs, which require little new investment and have likely recouped their R&D costs. Consider the pharmaceutical company that last year infamously raised the price of a 62-year-old drug used to fight parasitic infections from $13.50 to $750 per tablet.

It wouldn't be unreasonable to assume that price increases correlate with R&D spend. But Morgan Stanley found that both on a global and domestic level, increases in drug prices have mostly outpaced R&D costs. For instance, R&D expenses at U.S.-based companies have increased by an average of 22.4% a year since 2009— split between 8% for traditional pharma and 89% for biotech companies—while drug prices have risen 158% during the same period. Under Clinton's plan, the cost of producing the product would be another metric by which regulators could determine whether a price increase is reasonable.

Meanwhile, manufacturer rebate plans, which are supposed to return some of the cost to consumers, have primarily benefited plan sponsors, insurance companies, and pharmacy benefit managers. Benefit designs that increasingly ask consumers to shoulder a larger share of drug costs haven't helped, either. "Thanks to the growth of high-deductible insurance plans, it's consumers who are disproportionately footing the bill for soaring pharmaceutical prices," Goldwasser says.

The outcome of the presidential election may well determine the response to the issue, if any. While Republican candidate Donald Trump has advocated for negotiating with drug companies, he and his party appear to be more focused on other issues. Clinton's attention to the topic and her long record of focusing on healthcare reform “pose a more credible industry concern when it comes to regulating drug prices," Goldwasser says.

Still, even if Clinton is elected, there's little prospect of dramatic and immediate change in the healthcare industry. With the House of Representatives expected to hold its Republican majority, passing sweeping legislation would be an uphill battle. The more likely scenario would be smaller, incremental drug-pricing reforms that bypass Congress via regulatory action.

For example, Clinton could appoint a new head of the Centers for Medicare and Medicaid Services, who could then push for more drug-pricing controls within the purview of that agency. Such actions may then ripple out into the larger marketplace over time. Additional regulation may also come from states themselves, where at least 10 separate proposals are currently in the works to improve drug-pricing transparency.

Pricing reforms would likely drag on biotech and pharmaceutical companies, should reform efforts gain traction. But investors have time to prepare: Whatever the election outcome, significant changes to how drugs are priced will likely take months, if not years, to materialize.

For more Morgan Stanley Research on the U.S. pharmaceutical market, ask your Morgan Stanley representative or Financial Advisor for the full report, "In Search of 'Normal' Drug Prices" (Sep. 8, 2016). Plus, more Ideas.

2Analysis is based on historical company R&D expenses of Morgan Stanley covered companies. We have tried  to normalize disruption in growth numbers from M&A and additions/drops in coverage, but our figures may reflect some inconsistencies with actual dollars expensed, which could impact growth estimates. 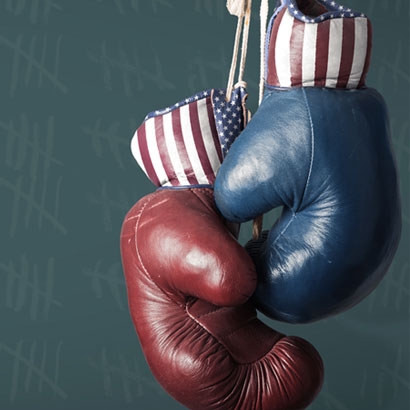 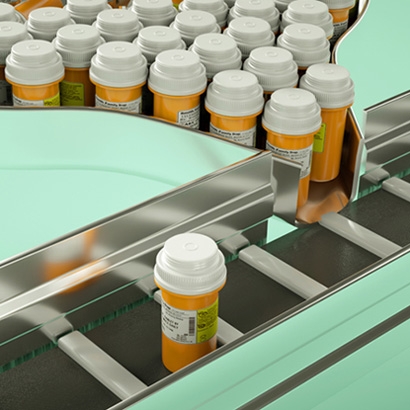 What is the prognosis for the medical sector, as scrutiny heats up amid public outrage over recent extreme price hikes for niche drugs?