The CARES Act: Support for an Economic Rebound

The CARES Act won’t cure all that ails the U.S. economy, but it can start the healing process. We look at some key provisions and their potential benefits for American households, businesses and markets.

The $2 trillion Coronavirus Aid, Relief, and Economic Security Act (CARES) passed at the end of March isn’t a panacea for the economy, but it is a much needed patch. As my team and I in U.S. Public Policy Research review the key elements, we find it meets our two-pronged assessment on what would help the U.S. avoid a prolonged slowdown: First, it targets liquidity to people and companies specifically harmed by measures to safeguard public health and second, it’s large enough to build faith in an economic rebound.

The CARES Act won’t replace the estimated $920 billion of lost U.S. output this year, but it could help close that gap by mid-2021 and ensure a faster recovery.

The CARES Act targets aid to four key areas: U.S. households, small businesses, state/local governments and larger businesses and financial markets. Below I’ll walk investors through the four areas and some of the intended impacts:

For the recovery rebates—refundable tax credits that decrease a taxpayer’s tax liability—individuals making less than $75,000 will receive $1,200. Couples making less than $150,000 would receive $2,400. These payments are gradually reduced as income levels increase, up to individuals making $99,000 or more and couples with no children earning $198,000 or more, who don’t qualify for any money. Families will also receive an additional $500 per every child. As of this writing, most people should expect to receive their checks within two to three weeks. Keep in mind, these payments are in addition to any benefits from unemployment insurance for those who qualify.

Recovery Rebate Amount Phase Out Based on Annual Salary 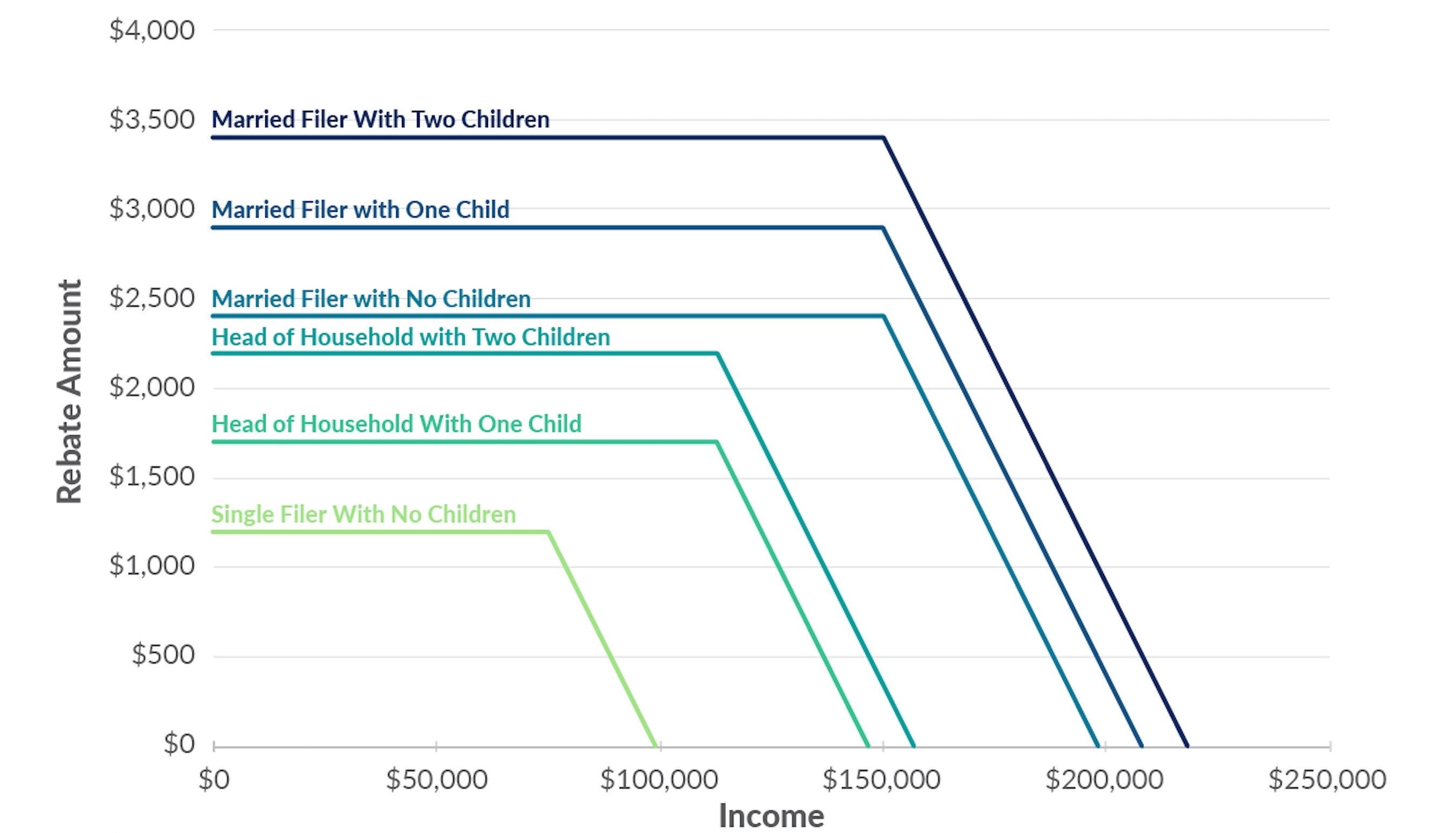 The second benefit for households is Pandemic Unemployment Insurance, which adds an additional 13 weeks of assistance on top of the usual unemployment assistance duration of around 26 weeks, with variations from state to state. Coverage now includes previously ineligible categories, such as independent contractors, part-time workers and so-called gig economy employees. The CARES Act also allocates $600 per week per unemployment insurance applicant over the next four months, in addition to state benefits.

The $377 billion allocated to small businesses will provide loans and grants that aim to help keep these enterprises afloat while many are closed due to the pandemic or not operating as usual because of social-distancing measures.

The first of three main programs is the Paycheck Protection Program, which began at the end of March. These forgivable loans will be distributed using the existing framework of the Small Business Administration’s 7(a) program, which permits private financial lenders to issue SBA-guaranteed loans. The Act allows the Treasury Department to give additional lenders outside of the SBA’s approved network the authority to issue the loans, which are designed to be forgiven if the borrowers retain their employees, with forgiveness  reduced proportional to the number of employees laid off during the eight-week period beginning on the date of loan origination.

The second part, the Emergency Economic Injury Disaster Loan Program, will provide small businesses and private nonprofit organizations that are suffering substantial economic damage as a result of COVID-19 with emergency grants, based on simplified  qualifications for low-interest working-capital loans.

The CARES Act also establishes an Emergency Grant program that allows eligible EIDL applicants to request an advance on that loan that doesn’t exceed $10,000, with SBA distribution within three days of the request.

The CARES Act also allocates roughly $500 billion in aid to eligible businesses, states and municipalities, with $46 billion allocated to support specific industries that have been particularly hard hit, such as airlines, air cargo carriers and industries critical to national security.

The rest, roughly $450 billion, will go to supporting credit-market liquidity by investing in Federal Reserve facilities to buy the primary and/or secondary market loans and securities of corporations and municipalities. Those moves are designed to mitigate the risk of any market liquidity crisis evolving into an economic credit crisis.

The $450 billion breaks down into several facilities:

The Midsized Business Lending Facility leverages the Fed’s emergency discount window, usually only open to large commercial lenders, to make loans to midsized businesses, defined as that employ between 500 and 10,000 workers.

The Government Participants Facility provides liquidity to financial institutions that lend to states and municipalities. As of this writing, the legislation had yet to define specific terms, but we assume these loans would be subject to requirements similar to the other lending facilities.

Finally, other potential facilities and provisions in the Act could soften the economic blow of the pandemic for businesses and markets. Notably, (1) employers are eligible for a 50% refundable payroll tax credit on qualified wages paid up to $10,000 (per employee) during the crisis, (2) employer-side social security payroll tax payments may be delayed until January 1, 2021, (3) relaxed limitations on a company’s use of losses, (4) companies can more quickly recover Alternative Minimum Tax credits as part of the 2017 tax reform law, and (5) businesses are temporarily allowed to increase the amount of interest expense deducted on their tax returns.

4) Aid to State and Local Governments

Roughly $330 billion in the CARES Act is allocated toward state and local governments, through (1) direct funding, (2) aid to hospitals and public health initiatives, (3) grants to airports, (4) aid to transit agencies, and (5) the establishment of an education stabilization fund. Based on our estimates of the state-by-state allocation of $150 billion of aid, we believe the most affected areas may still need more assistance, but other provisions—specifically airport grants—may be sufficient.

Taken as a whole, the CARES Act won’t replace the estimated $920 billion of lost U.S. output this year, but it could help close that gap by mid-2021 and ensure a faster recovery. An additional fiscal stimulus package, as social distancing measures recede, could deliver greater impact, in combination with more traditional economic-growth multipliers.

For more Morgan Stanley Research on COVID-19 and U.S. fiscal support, ask your Morgan Stanley representative or Financial Advisor for the reports, “CARE for the Economy" (Mar 27, 2020) and “CARES Act: A Primer” (Apr 2, 2020). Plus, more Ideas from Morgan Stanley's thought leaders. 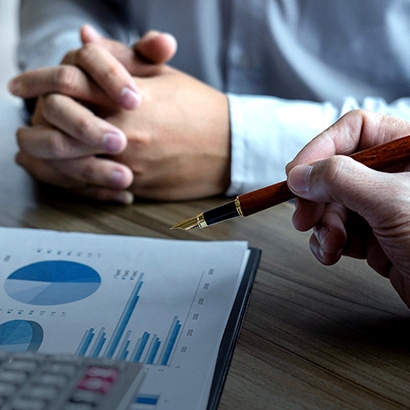 A Disciplined Approach to Investing During a Recession

This downturn is different from others in our lifetimes, but making investing decisions based on informed forecasts for the economy and earnings should still work well. 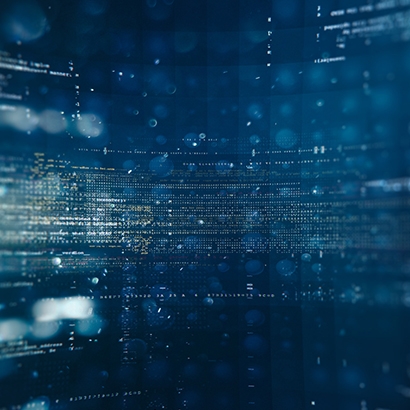 Rise of the Tech Super Platforms

Tech, media and telecom companies are vying for larger slices of the digitalization pie—becoming bigger multiline platforms than ever before.