Shared Mobility on the Road of the Future

The market for private automobile ownership is likely headed for disruption. What are the implications of a future of shared, autonomous and electric vehicles?

The car you summon from your smartphone doesn't have a driver. In fact, it doesn't even have a steering wheel, or pedals, or a gas tank. It won't exceed 25 miles per hour, but it does have electric motors in all four wheels for slippery roads and tight corners.

Such a future of shared, fully electric, driverless cars on demand is closer to reality than it might appear. Not only is technology speeding in that direction, but, according to Morgan Stanley’s recent Blue Paper report, "Global Investment Implications of Auto 2.0," the global auto market is ripe for major disruption.

"Your car is arguably one of the most underutilized, polluting, time-consuming and dangerous machines on Earth," says Adam Jonas, head of global auto research for Morgan Stanley. “Consider that cars on average are in operation for only about an hour each day, but they account for 45% of global oil demand and, on average, 3,500 daily deaths worldwide." Add the hundreds of billions of hours people spend annually driving and riding in cars instead of engaging in other, potentially more productive (or stimulating) activity, and automotive transportation as practical utility and time-consuming necessity seems ripe for a redesigned consumer experience and relationship. But making an alternative a reality will require rethinking some assumptions.

For decades, the health of the automotive industry has been measured by the number of vehicles sold. However, as shared, autonomous vehicles become more widespread, Jonas suggests that total miles traveled may serve as a more useful yardstick because it better reflects not only the state of the market, but also the industry's evolving business model.

"Miles" rather than “cars sold" delivers the message that the industry is moving toward some combination of auto sales and incremental sales of auto-based transport. "The sooner investors can make the transformation, we believe the more industry events will make sense over the next 12 to 24 months, as the story of industry disruption likely unfolds," says Jonas, who first called out the emerging trend of shared mobility as early as 2014, and has since been exploring its ramifications through the auto industry, changes in consumer behavior and the evolving technologies reshaping this space.

Morgan Stanley estimates that in 2030, cars will drive more than 19.6 billion miles worldwide, far higher than the 10.2 billion they traveled in 2015. That pace of growth is much higher than the estimated production of cars and light vehicles during the same period. The natural solution appears to be more shared vehicles. Shared cars—taxis and cars operated by ride-sharing companies, but not car rental—in 2015 accounted for 4% of global miles traveled, but by 2030, Morgan Stanley estimates that number could reach 26%.

Advancements in mobile technology that allow users to summon cars from their smartphones have already made sharing more convenient, and more progress is to come. Today's shared vehicles still have drivers, but if the market's full potential is to be reached, that too will change.

"Vehicle sharing can only take your vehicle utilization to about 50%-60% of its full potential, in our view," says Jonas. "And as long as these vehicles are human-driven, logistical inefficiencies will persist. Autonomous vehicles on the other hand remove the human bottleneck and the economics change substantially."

Whereas the per-mile operating costs of shared vehicles today far outweigh those of privately owned vehicles, autonomous cars unburdened by driver-cost could achieve a shared cost per mile below that of owned vehicles by as early as 2030, according to Morgan Stanley.

Electric-powered vehicles can deliver yet more efficiency. While it's true that electric cars have hardly taken the market by storm, Jonas notes that, today, the same low utilization of private cars that so invites market disruption also torpedoes any cost efficiencies an electric car could deliver. Driven an hour a day, savings on gasoline from electrification aren't sufficient to justify the upfront added cost of the car. But in a future of shared, autonomous vehicles with much higher utilization, electric cars make far more economic sense than their gasoline counterparts.

From Potential to Reality

While a future of shared, autonomous and electric vehicles may well be the consequence of disruption, the actual development of those cars will be complex. Beyond the production of the cars themselves, several other factors will affect their take, including cultural views surrounding private car ownership, the legal implications of driverless cars and the level, if any, of government support. To what degree these factors will impede or accelerate market change varies by country and region.

Morgan Stanley has developed a framework to assess the appeal of shared, autonomous and electric vehicles in particular countries and regions. Called STEEPL, the tool is used to gauge a region's social, technological, economic, environmental, political and legal landscape as it pertains to the automotive market.

In the U.S., for example, the technological and economic landscapes are considered encouraging for development of the next wave of vehicles, given Silicon Valley's embrace of autonomous technology and an opening for affordable transportation alternatives. On the other hand, the country's social landscape is discouraging, as private car ownership is deeply woven into the American cultural fabric. Legal issues and likely objections to autonomous technology from auto workers and dealers are also discouraging, but not enough to halt development, Jonas says.

"We see the first serious application of fully autonomous transport to be in the form of public-private partnerships at a hyper-localized level of a city center," Jonas says. "We expect a potential announcement of proof of reality in a North American metropolitan area as early as 2016."

Prospects in other regions vary. In China, for example, private car ownership is a symbol of status and wealth, says Jack Yeung, who covers China’s auto and auto-parts industry. Yeung notes that the Chinese government has invested heavily in public transportation. But electric cars could be seen as a welcome solution to China's concerns about air pollution, and its growing Internet and mobile app market has already opened the door to the development of on-demand ride-hailing technology.

Private car ownership is more aspirational in India, a country with growing Internet access and a large population of young people who are concerned about pollution and open to ride-sharing. "India has all the right ingredients to become one of the largest markets for shared mobility in the world," says Morgan Stanley analyst Binay Singh. 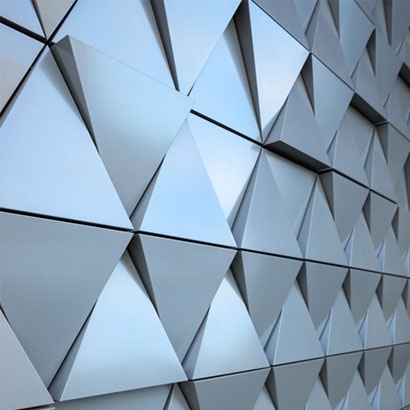