Reham Fagiri started AptDeco to provide a better way to sell furniture online, only to discover an even bigger market dysfunction to solve.

Is there anything more universally hated than moving? Selling furniture, the endless packing and carting of boxes up and down stairs or elevators, and the inevitable meltdown at the other end, when the couch gets stuck in the stairwell.

Nobody knows this better than Reham Fagiri, who has moved across continents, cities, schools and careers since leaving Sudan as a 16-year-old to study electrical engineering in the U.S. Little did she know that, years later, she would be making a career out of taking the “creepy factor” out of moving apartments.

“Every year, there’s an exodus of Wharton School of Business MBA graduates from Philadelphia—and I was one of them in 2012,” she says. “Like everyone else, I put my furniture up for sale on the biggest online classifieds list. One guy came over and started yelling at me for advertising the wrong TV serial number. He was bigger than me and really angry, so I just said, ‘Here, take it.’ When I later met up with my grad friends, we all started talking about how there had to be a better way.”

The incident seeded the idea that grew into AptDeco, one of five startups in the first cohort of Morgan Stanley’s tech accelerator, the Multicultural Innovation Lab. It also highlights how entrepreneurial ingenuity gives a business its competitive edge.

“Having a strong management team and the ability to scale are important elements for a startup’s success, but developing a competitive edge usually arises from an entrepreneur’s creativity and resourcefulness when it comes to tackling day-to-day problems,” says Alice Vilma, Executive Director with Morgan Stanley’s Multicultural Client Strategy group. “AptDeco is a great example of a startup that’s built on ingenuity.”

Fagiri had found a marketplace dysfunction in need of remedy, while selling furniture and loading up her van. By the time she was carting her belongings into her New York City apartment, she’d discovered what appeared to be a business solution.

“A friend of mine had been advertising his couch online for months, and just couldn’t get rid of it. So we decided to use my hired van to see if advertising it, with delivery included, would make a difference,” she explains. “The sofa was gone at full price in an hour! Clearly delivery was the thing that took the low-balling and the creepy factor out of the equation.”

To test her premise, Fagiri built a website offering furniture sales with delivery. “There was nothing behind it. Just a page saying: ‘Want an easier way to buy and sell furniture online?’ The response was huge—hundreds of people signed up within 24 hours,” she says.

In 2013, Fagiri and Kalam Dennis, her friend with the couch who also happened to be a marketing executive, co-founded AptDeco. Their online marketplace, based in New York City, lets individuals, designers, retailers—basically anyone with furniture—advertise their wares. Sellers submit images and basic information about their furniture. AptDeco curates the submissions and uploads those appropriate for the site, which processes transactions, then schedules pickup from the buyer and delivery to the seller.

Still, AptDeco’s full potential didn’t reveal itself until many months after launch. Fagiri had commissioned a moving company to handle the deliveries, only to find the transportation industry for large furniture items in New York subpar. “The furniture delivery business is opaque, inefficient and expensive. You never know when your furniture is going to arrive in any given week, and the cost can sometimes end up higher than you thought it would be,” she says.

Another problem: AptDeco’s brand strength was only as good as the person driving the truck. “The truck drivers are representing our brand, and if they’re rude or late, then it’s AptDeco, not the trucking company, that’s blamed,” says Fagiri.

The final straw occurred a few months into the business, when the delivery truck failed to show up. “We had 12 deliveries that day, so out of sheer desperation, we went to that same online list I advertised my TV on, hired two drivers and rented a van. Three customers called back, saying it was the best moving experience they’d ever had.”

AptDeco quickly invested in a fleet of vans and hired full-time delivery teams. It built software to coordinate dates between buyer and seller for pickup and delivery, map the most efficient and cost-effective routes, offering customers next-day delivery and the ability to track delivery progress on their smartphones.

Now, AptDeco isn’t just an eCommerce marketplace for individuals buying and selling used furniture. It also provides logistics for furniture companies and retailers. Hundreds of small retailers list their furniture for sale on AptDeco so that they can extend the same great delivery service to their own customers.

At Morgan Stanley, Fagiri is working with mentors to prepare for the next phase of AptDeco’s expansion, which might mean partnering with brand-name furniture retailers. “Morgan Stanley has great connections in the retail industry, and we’re hopeful we can tap into that network,” says Fagiri. “It’s been an amazing couple of years. I sometimes wonder what I’d be doing now if that creepy stranger hadn’t yelled at me about my TV.” 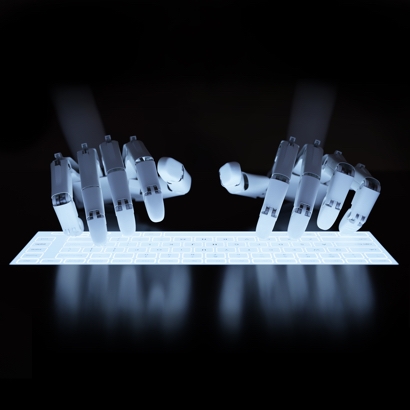 Rise of the Machines: Automating the Future

New tech could enable enterprise-wide deployment of robots that handle routine processes and can even learn from humans. 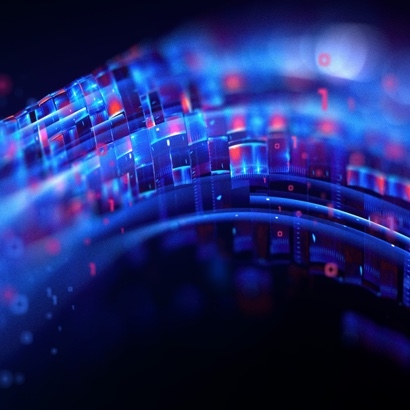