Can the Promise of a Perfect Fit Disrupt Fashion?

Style and aesthetics aside, the act of shopping for clothing is largely a process of determining fit. The apparel industry has never settled on a standardized sizing system and retailers have different numerical sizes and wide-ranging definitions of small, medium and large.

Widespread adoption of 3D body-scanning tech could mean a decisive shift in the global apparel market, causing it to move much more heavily online.

Finding the perfect fit is an even greater challenge for online purchases. For consumers, it means ordering two sizes of the same garment to compare fit or a multistep process of deliveries and returns. In fact, according to surveys from Alphawise, Morgan Stanley Research’s proprietary evidence-based research arm, product fit and returns are two of the biggest barriers to online apparel shopping. For online retailers, customer fit issues require planning for adequate stock, as well as the margin-shrinking costs of roundtrip shipping.

But the emerging technology of 3D body-scanning—which would allow consumers to use cameras and lasers on their mobile devices to capture precise body measurements—could solve both problems. In a recent report from Morgan Stanley Research, equity analysts covering the retail sector examine how this new technology could allow consumers to virtually try on clothing to find the best fit.

Their findings revealed potential impact far greater than just shopping convenience: Widespread adoption of the technology could mean a decisive shift in the global apparel market, causing it to move much more heavily online, bringing improved revenues and margins for online retailers—and added pressures for brick-and-mortar.

Trying on clothes and determining measurements is—at its core—simply an exchange of data between the consumer and retailer. It's one that could be more accurate and efficient, argues Geoff Ruddell, head of Morgan Stanley's pan-European General Retail team.

“Trying clothes on to see if they fit is an antiquated and very inefficient data exchange, and one which technology appears to have the potential to improve," Ruddell says. “And it is pretty clear, from the number of start-up scanning apps already in existence, that Silicon Valley has recognized that there may be a significant commercial opportunity here."

Some companies today are deploying measurement technology that augments cameras with lasers for increased precision. It's not a stretch, says Ruddell, to envision such technology embedded in mobile phones, and some reports suggest that phone suppliers are already exploring the possibility.

“Today, on both the consumer and retailer side, we think we're on version 1.0 of these technologies," says Adam Wood, Morgan Stanley's Head of European Technology Research, noting that the current size and cost of such technology make it challenging for consumer to use via phone. “However, the technology is evolving very quickly."

A Perfect Fit for Online Retailers

For online apparel retailers, this technology could drive sales and transform their economic models. In a 2018 Alphawise survey, about 81% of respondents said they had purchased clothing online, up from about 71% in 2010. More than half of those who haven't, however, cited fit-related reasons for their reluctance to buy clothes online; a smaller percentage noted the hassle of the return process.

Using captured measurements from a 3D scan, consumers could transmit measurements to online shopping portals, which would then match with appropriate clothing sizes. In many cases, retailers already have digitized 3D shapes of their apparel and could overlay those specifications with the body image of the consumer.

While retailers could benefit from the vast amount of granular body-shape data and create more accurate sizes based on actual customers, a more immediate benefit would be a reduction in the costs of shipping and logistics.

Selecting, packing and shipping clothing all come with costs for the retailer. But, when a product is returned, all of those costs are “sunk,” with no income to offset them. According to Ruddell, online returns can range from as high as 25% to 50%. Prior Morgan Stanley Research findings showed that even a 5% reduction in the rate of product returns could double earnings before income and taxes for an online apparel retailer, all else equal.

More accurate measurements with 3D body-scanning may significantly reduce online retailers’ rate of returned products. The report notes that return rates could fall below 10%, raising profit margins. Some retailers could also reinvest the savings into lower pricing, which could increase market share over brick-and-mortar.

“Given how competitive the retail industry is, we think the benefits would almost certainly be passed onto the customer in the form of lower prices," says Ruddell, maybe by as much as 20% or more. If online retailers could lower prices enough that in-store shopping would come at a premium, thrifty customers might move toward online purchases. Still, adoption of 3D scanning comes with its own hurdles, namely customer willingness to share potentially sensitive bodily data and the reassurance that that whoever collects the data manages it securely.

While adoption would still be a few years away, 3D body-scanning could have widespread impact beyond clothing, affecting other retail categories, mall operators, real-estate investment trusts and shipping/logistics companies.

“Given how quickly the technology is advancing, we think it would be a brave investor who dismisses 3D scanning in the coming years," adds Ruddell.

For Morgan Stanley Research on the future of 3D scanning and online apparel, ask your Morgan Stanley representative or Financial Advisor for the full report, “Could 3D Body Scanning Become the Biggest Retail 'Disruptor' Since the Invention of the Internet?" (Sep 25, 2018). Plus, more Ideas from Morgan Stanley’s thought leaders. 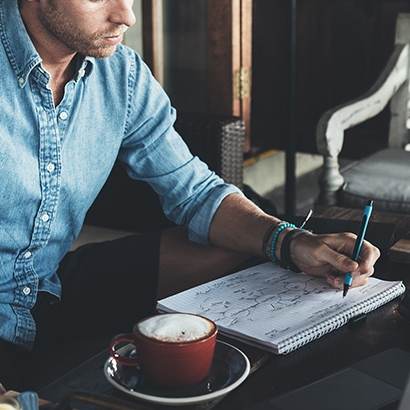 Investing in the Fintech-Enabled Lending Boom 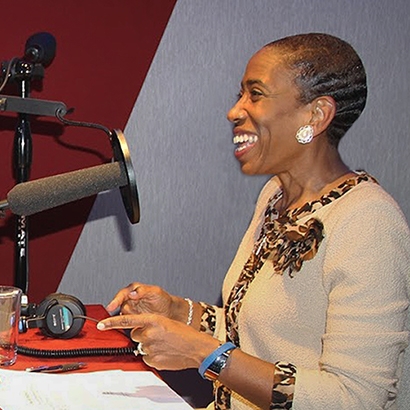 Lessons Every Entrepreneur & Investor Should Know

Carla Harris on what she learned from talking to change agents about opening doors for women and multicultural entrepreneurs on the Access & Opportunity podcast.