Global GDP appears on pace to grow again in 2018, with Europe and emerging markets set to outperform. But with many asset prices running ahead, should investors curb their enthusiasm?

A year ago, when many economists seemed resigned to weak global growth, Morgan Stanley Research called for new momentum in the U.S. and other markets in its 2017 Global Outlook. As the year progressed, the consensus abandoned talk of “secular stagnation" for a new catchphrase: “global synchronous growth."

Now, with many economies at comfortable cruising speed, where do we go from here? Morgan Stanley is forecasting continued and broadening growth throughout 2018, thanks in part to favorable monetary policy and fiscal stimulus. Inflation remains below central bank targets, but core inflation appears likely to rise in all G3 regions—the Euro area, Japan and U.S.—through 2018.

All told, global gross domestic product (GDP) is on track to increase an estimated 3.8% next year, the strongest showing since 2011, and a few ticks higher than the long-term average of 3.5%.

Against this macroeconomic backdrop, Morgan Stanley strategists still see investment opportunity, but they caution that equities, among other asset classes, have been running ahead of the real economy for several years. “We think the equity markets will struggle to repeat this feat, as we move through the next year," says Andrew Sheets, Chief Cross-Asset Strategist. His team is forecasting single-digit upside for 2018 and rising volatility, as the year progresses.

To be sure, even if the macro outlook is “synchronous," investors are approaching a crossroads. “If our outlooks in November 2016 and June 2017 were something of a 'group hug,' with a view that growth and asset prices would move higher together, this round contained more tension and skepticism of the market's reaction," adds Sheets, whose team recently published its “2018 Global Strategy Outlook" in conjunction with the Global Economic team's “2018 Global Macro Outlook."

Morgan Stanley is still forecasting strong consumer spending in 2018, but improving capex could also be a predominant theme.

High valuations, political risk and, yes, inflation are all risk factors looming in the year ahead. Yet, with key economies in different stages of the business cycle, “the risk of the global economy, or any of its major constituents, running too hot over the next 12 months is contained," says Elga Bartsch, Co-Head of Global Economics.

The U.S. and China are in the late stages of this cycle, she says, while Europe and Japan are just reaching the halfway point, and many emerging markets are in the early innings of recovery. “These dynamics are one reason why we prefer European equities and emerging-market currency," says Sheets.

Going into 2017, Morgan Stanley recommended that investors lighten up on European equities and shift exposure into Japan, which was emerging from a long period of deflation. But after lagging behind in 2017, Europe “now looks tactically oversold," says Sheets, whose team has an overweight position in European equities and is underweight Japan.

Within emerging markets, moderating growth in China—where Morgan Stanley expects GDP to increase 6.5% in 2018—will likely be offset by improvements in other developing nations. India is on track to lead the way, with estimated 7.5% GDP growth on the horizon, as demographic and digital trends continue to drive expansion. Meanwhile, despite political uncertainties, Brazil is poised for recovery, courtesy of improving consumer sentiment, with estimated 3.1% growth on the horizon, up from 0.7% in 2017. Morgan Stanley has overweight positions in all three countries.

Until recently, the economic recovery in most markets has been driven largely by the consumer, with corporate investment in capital expenditures, or capex, lagging historical norms. Morgan Stanley is still forecasting strong consumer spending in 2018, but improving capex—and subsequently, productivity growth—in the U.S. and Europe could be a predominant theme, as the year goes on. Caveat: A disruption in global trade would likely reverse that trend.

Meanwhile, the U.S. energy sector could also have its day in the sun, as energy has consistently outperformed in late-cycle environments. Morgan Stanley is targeting $62-per-barrel oil in 2018.

Globally, monetary policy should remain easy. Although Europe, Japan and the U.K. may modestly raise rates in 2018 and 2019, only the Fed is actively shrinking its balance sheet. Morgan Stanley is forecasting three Fed rate hikes in 2018 and two in 2019, which is more than the market is pricing in.

Fiscal policy forecasts are subject to uncertainty, but the odds that major markets will batten down on stimulus appear low. Most indicators point to expansionary policies, such as U.S. tax reform.

Fiscal Impulse Likely to Grow in 2018 (Fiscal impulse, % of GDP)

Meanwhile, bond investors should brace for a flattening Treasury curve, with 10-year rates likely to tick higher, while the 30-year rate dips to 2% late in 2018, which would be its lowest level since the financial crisis. “Putting it all together, a flattening curve and extended cycle suggest elevated risk on a 12-month horizon," Sheets says. That could have implications for investors across the board.

“One of the most important decisions for equity investors over the next 12 months will involve timing a style rotation into the more defensive areas of the market that are currently out of favor," says Sheets. Traditionally, global equities do not peak until after the yield curve has inverted, he adds, but “given the very low-rate nature of this cycle, we'd expect a flat curve to weigh more heavily on sentiment and encourage a more defensive rotation." 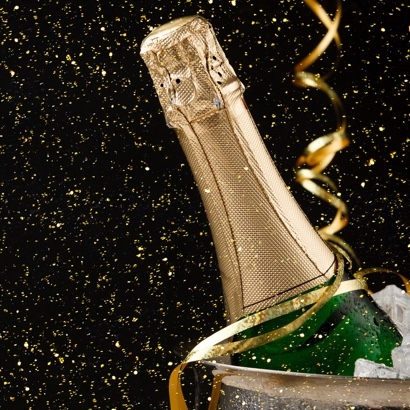 U.S. GDP growth is on track for its fastest pace since 2014. Can it continue in 2018? Morgan Stanley’s U.S. economists and strategists share the outlook for investors. 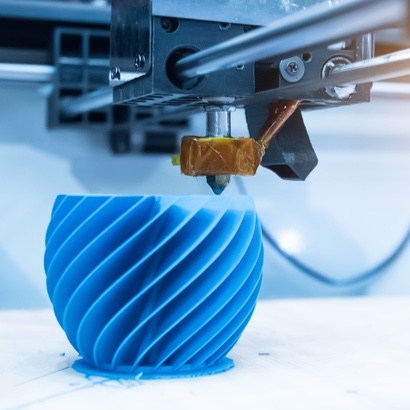 Modern manufacturing is primed for a tech disruption that takes advantage of big data, IoT and other tech advancements to optimize the factory floor. 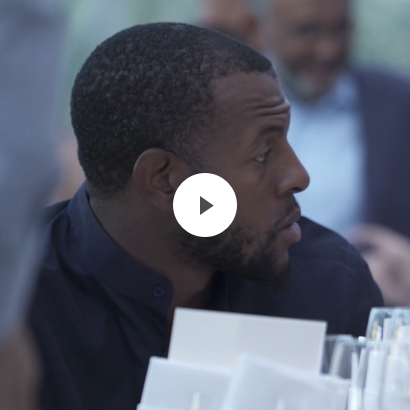