When you ask Elaine Habif about her unusual path from operations manager to co-managing a book of more than $400 million in client assets, she laughs and chalks it up to luck. “I think I was just always in the right place at the right time,” she says.

Dig a little deeper, though, and you discover that what Elaine calls “luck” is really 43 years at Morgan Stanley helping others achieve their goals, first as a manager continually coaching and encouraging her staff and coworkers, and now as a Financial Advisor and team leader helping those around her succeed. “People like to talk to me because I listen,” she says. “I don’t make decisions for them, but I give them suggestions. I’m compassionate, but I’m also brutally honest.”

Growing up in a blue-collar family in the 1960s, Elaine thought she had three career options – becoming a nurse, a teacher or a secretary. She chose the secretary route and started out as a receptionist at a small computer monitor company in Southern California.

Before she was 20 she was promoted to office manager, and that’s when she first recognized her natural talent for working with people. “The most important thing in management is making people feel good about themselves and letting them know that they are making the right decisions,” she says. “I always try to coach people to help them get to that point.”

When that company folded, Elaine became a secretary for a Los Angeles attorney, but it was a chance call from a former co-worker that first introduced her to the wealth management business. She was returning a call for her boss and recognized the voice on the other end of the line as someone she had hired as an inventory clerk at her first job. He had gone on to become a broker with what was then Dean Witter.

When they got together to catch up she told him she wasn’t happy where she was and was looking for a new job. He told her that the firm’s Beverly Hills branch manager at the time was looking for an operations supervisor. “I didn’t know a stock from a bond, but I did have management experience,” she remembers. “So I got a job in an industry I didn’t know anything about, and I haven’t looked back.”

A Leap of Faith

For the first 20 years of her career with Morgan Stanley, Elaine’s professional trajectory followed the course of her former boss, Carl Hulick, who became her mentor and eventually her business partner. When Carl was asked to move from the Beverly Hills branch to head up the Los Angeles office, he said he would only take the transfer if he could take Elaine with him.

When Dean Witter decided to merge all of its Los Angeles area offices in 1988, Elaine helped oversee the consolidation. And when compliance issues started moving to the forefront of branch management, she became one of the company’s first compliance officers.

Then, when Morgan Stanley merged with Dean Witter in 1997, Carl decided he wanted to move from branch manager to producer and go into business with his son. He asked Elaine to come with him – not as an office manager but as a Financial Advisor and a partner. “That was a huge risk for me because I had always been on a salary,” Elaine says. “But I decided to take a leap of faith because I think I naturally fit into the role of helping people.”

After Carl retired and his son changed careers, Elaine was left managing the business on her own, steadily growing her book through referrals. “I know it sounds cliché, but I’m the type of advisor who really cares about her clients,” she says. “I try to know everything about them, and they come to me with all of their major life decisions, not just their financial ones.”

For example, a client called her in June because she and her husband were ready to downsize, and she didn’t know where to start. Elaine assured her that she would come over and help them sort through all of their paperwork. “I’m really hands on with my clients,” she says. “I listen to them and try to provide the best service I can for them.”

Today, Elaine is First Vice President and the driving force behind Morgan Stanley’s Boulevard Group in Sherman Oaks, California. Having worked through the last two financial crises, her client focus is on education. “It’s so important to have your clients understand how they are invested,” she says. “They need to understand what the risks are in investing, and what the risks are of not investing.”

And when she’s not helping clients move or on the golf course, Elaine is helping The Seeds of Change Foundation raise money. Founded by Morgan Stanley Complex Manager Cynthia Newman, Seeds of Change helps fund a number of global projects. In 2018 it helped build a soccer stadium for the Home of Hope Orphanage in Malawi, Africa. It also contributed to the Malala Foundation, named after peace activist and Nobel Laureate Malala Yousafza.  Yousafza’s father spoke at a recent Morgan Stanley Woman's Leadership Summit.

“I’m grateful every single day of my life for what I have and where I am,” Elaine says. “I’m very lucky to love what I’m doing.” 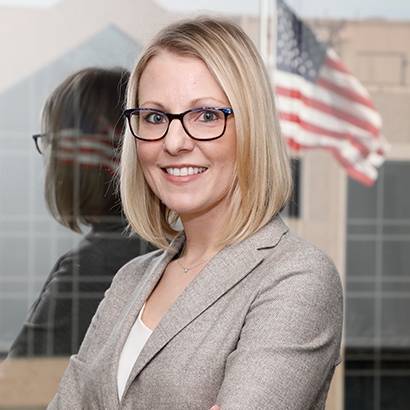 Beginning her career at the peak of the financial crisis, one of Forbes’ Top 500 Millennial Financial Advisors of 2017, Mary Guza credits her success to hard work and putting clients first. 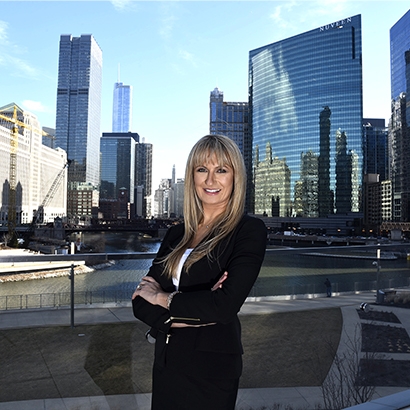 When her clients go through a life change, Sabina Sewillo is usually their first call. Committed to putting clients first, Sabina opens up about supporting women and the benefits of diversity in the industry.