Dalia Botero remembers like it was yesterday the day she graduated from Florida International University (FIU) with a master’s degree in finance at the young age of 21. “My father put his arm around me and said, ‘Congratulations. So, what’s next?’ That’s the fire he constantly lit under me,” says the Morgan Stanley Private Wealth Branch Manager. “I know better than to ever get complacent. We all need to focus on our next opportunity.”

Ever since, Dalia has kept her eye on the next prize, never settling, even when faced with life’s most difficult challenges. Born to Cuban parents who migrated to the United States in the 1960s, she’s just as determined as they were. At 14, her father was sent to Spain, then Miami to live in foster care until his parents could leave Cuba and reunite with him. As teens, Dalia’s mother and father met on Miami Beach, fell in love and got married. “My mom was 19 when she was diagnosed with ovarian cancer,” Dalia explains. “The doctor pulled my father aside and said, ‘Listen, if you want to have a family, you might want to think about doing it sooner rather than later.’ So they got married, had my sister, and had me less than two years after.”

Their parents worked hard to support the family. Dalia’s mother was a teacher, and her father was an electrical inspector for the City of Miami.  He also had a small construction company. “He built every home that we lived in, and we moved every three to four years,” Dalia recalls.

Dalia and her sister were both very disciplined. They did well in school, earned their black belts in Tae Kwon Do, and “were attached at the hip,” she says. Both of them landed great jobs—her sister working for the City of Miami’s Community Redevelopment Agency and Dalia at TD Waterhouse, where she held four different full-time positions over her four years there while earning her Bachelor’s and Master’s degrees.

Eager for more growth opportunities, Dalia left the firm and earned her real estate license while contemplating her next move. That’s when she came across a management position at Smith Barney (a predecessor firm of Morgan Stanley). At 23, she was managing Financial Advisors, some of whom were two, even three, times her age.

Three months into her new role, she got a devastating call from her father: her sister had been in an accident. “On the way to the hospital, I felt her presence in the car with me and knew we had lost her.”

Dalia and her parents didn’t know how to move forward, but she knew she had a decision to make. “I either could let myself drown in sorrow and spiral downward or redirect my energy into continuing to live my life,” she says. “I still feel her presence and ask her for guidance when I think about what’s next.”

No doubt propelled by her sister, Dalia puts tons of energy into her work. She went on to earn her securities licenses and continued taking on new roles. Similar to the way her father loved building houses and did so every few years, Dalia takes on a new challenge in a similar pattern. Over the past 17 years, she’s held positions of Risk Officer, Operations Manager and Associate Complex Manager before being named Branch Manager for Private Wealth Management in Miami.

A strong female leader in a powerful role, she “gives people what they need to hear and the room to grow,” says Dalia, who quickly suppressed any self-doubts about her capabilities. “At first, I wondered how the office would feel about having a woman as their manager. That lasted about 3.2 seconds before I erased that thought and told myself, ‘You're going in and doing exactly what you've done for the last 16 years and earn their respect.’ And that's what I did.”

Dalia is grateful to have had a mentor at Morgan Stanley in Kevin McCarty, the Firm’s Miami Complex Manager. “He pushes me out of my comfort zone and seems to know just when I am ready to take a new leap,” she says. When she was recently named a Morgan Stanley MAKER, joining a group of trailblazing women of accomplishment nominated by their peers, she was “extremely humbled.”

Today, Dalia is married and has three daughters. She balances work, time with her young girls and many volunteer efforts, including organizing her branch’s charity efforts, cooking meals for the local veterans’ hospital and motivational speaking to FIU students about how to be “quiet but fierce” in pursuing your career goals.

While she admits it’s difficult when life’s balance sometimes shifts more to work, she reminds other mothers that it’s okay. “Women may feel they're not giving all the attention they should to their children or that just because we’re career moms, we’re not being the best moms,” she says. “I want my daughters to look at me and be proud and say, ‘I want to be like mommy. I want to be a successful career mom like her.” 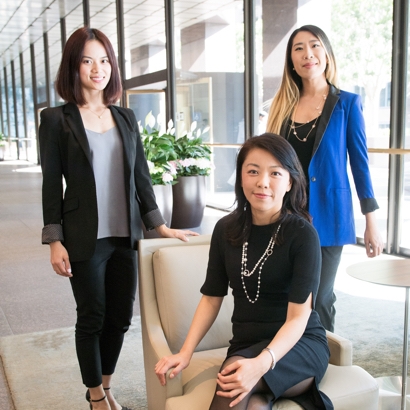 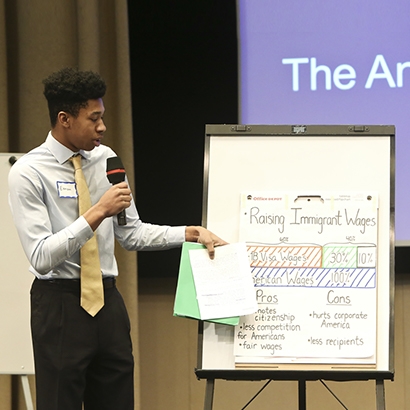 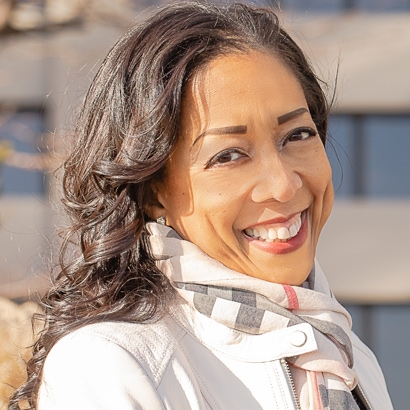