Julie Baeder grew up “going to protests and marches as far back as I can remember,” she says. Her mother ran political campaigns and hosted candidate events in their Yonkers, N.Y., apartment. When they moved to the West Coast when Julie was a teen, she and her friends raised money for Bay Area women’s causes, including the first battered women’s shelter in Oakland, Calif.

Today, Julie continues that activism, tirelessly advocating for gender equality and mentoring many young, disadvantaged women. “It’s just in my bones,” says the Morgan Stanley Financial Advisor and Senior Investment Management Consultant. She attributes her commitment to having been a Girl Scout and the motto goes: "A Girl Scout is ready to help wherever she is needed. Willingness to serve is not enough; you must know how to do the job well, even in an emergency."

Born and raised in Yonkers, Julie and her family moved a little further north to Hastings in junior high school. Her father was a butcher in the Bronx for over 40 years, her mother a religious educator. In high school, they moved to California, where Julie attended Diablo Valley College, working all the while since the age of 14. “Both my parents grew up during the war, didn’t have much and had to work really hard,” says Julie. “I figured out early on that if I wanted something, I had to work hard for it myself.”

While Julie was interested in finance early on (she was treasurer of her youth group), acting caught her attention in her teens. She attended the renowned Jean Shelton’s Actor Lab in San Francisco. Various roles led to success on the stage, but she still had to work part-time jobs to supplement an actor’s income. Little did she know a desktop publishing side job at Dean Witter would lead to where she is today. That position in the managed money department in the early 1990s exposed her to marketing materials, including seminar scripts, that sparked her interest further. “Knowing my boss was making 10 times my salary, I thought, ‘wait a minute, I could do this.’” she remembers. “I had been working with scripts my whole life.”

Sure enough, Julie earned a job as a wholesaler and started doing presentations around the country. She put together one of the first women’s financial literacy programs and delivered that around the country as well. She worked hard as one of maybe four women wholesalers in the industry at the time—even trained her bosses. Still, she never got the promotions she deserved. “I was female and didn’t have the right pedigree,” she says. She was offered a branch manager position but didn’t want to manage all men. “There was not one woman branch manager in the entire region then.”

When a downturn hit in 2002, she decided to build her own book and become a Financial Advisor, now with the Cypress Group in San Francisco. With that came a responsibility to continue her women’s advocacy.

As a board member of Girls Inc. of Alameda County and serving the organization since 2006, Julie feels strongly about the thousands of girls and their families it serves every year. “Talk about turnaround stories,” she says of the young women who, despite traumatic life events, are now thriving. “87 percent of them are the first in their families to go to college.”

Within Girls Inc., Julie and a few other women formed Women of Impact, a group of mostly executive women who focus on the programming at Girls Inc. that help girls get through high school and apply to colleges, then collaborate and use their connections to create opportunities for the young women. “So many young women need help—they need advocates,” she says. “It’s really important to sponsor them.”

Julie is also member of the Investments and Wealth Institute (formerly the Investment Management Consultants Association) and served for several years on its ethics committee. Later, she was on its national conference committee, a spot she was offered after “getting tired of going to conferences with 100 percent male speakers.” Julie spoke up and first was put on the conference committee, tasked with finding female speakers.

After going through a divorce herself, Julie wanted to assist women in yet another way. She earned her Certified Divorce Financial Analyst designation so she could “help them navigate a difficult transition without making common avoidable mistakes and come out feeling stronger and better prepared for the next phase of their lives,” says Julie.

In addition, she teaches women AAUW salary negotiation workshops (through a Morgan Stanley joint program to increase gender pay equity) and conducts Leadership, Investment and Advocacy seminars for female executives in the San Francisco Bay area. Julie also initiated Get A Life (GAL), a group of “women financial advisors who were too busy to ever do anything outside of work. The idea was to get together to do something fun once a quarter.”

These efforts have contributed to her being recently named a Morgan Stanley MAKER, trailblazing women of accomplishment nominated by their peers. Her mother, now 89, is surely proud. While not as active as she once was, she’s still an advocate for her church group, Standing on the Side of Love. “Basically, the group shows up at anything they feel needs some love,” says Julie. “Mom always shows up.” 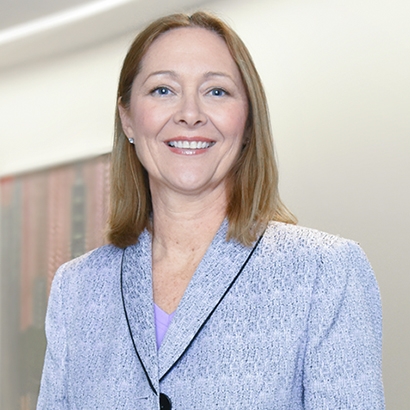 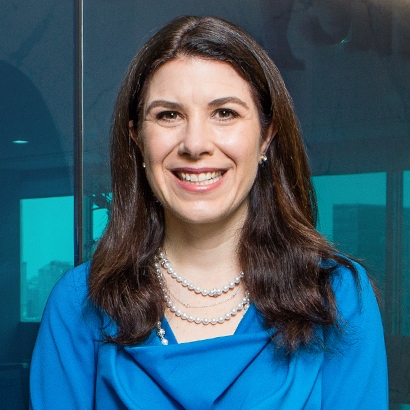 Sarah Ricca left her old career to follow her passion for personal finance. As a Financial Advisor, she’s dedicated to helping women succeed and guiding clients through major life changes. 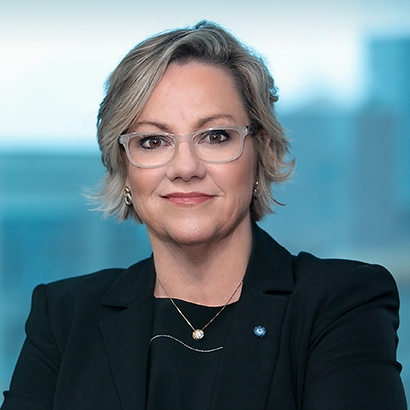