She was only four years old, but Gabriela Teran remembers the day her parents put her on an airplane to flee war-torn Nicaragua. Headed to Guatemala with her three older sisters to stay with friends in safety, the plan was for their parents to join them later. “They put us on that plane not really knowing if they would see us again,” recalls Gaby of that turbulent time. “It was a full-blown war, and my parents needed to get us out.”

Fortunately, her parents arrived soon thereafter, yet the two weeks they had planned to stay in Guatemala turned into two years. Giving up his place as a respected architect in Nicaragua, Gaby’s father had to find a place for his family to start over. Thanks to a business acquaintance in Houston, the family settled permanently in Texas. “It was the right place for our security and education,” she explains.

Today, as head of Morgan Stanley’s 590 Madison Branch in New York City, Gaby looks back and acknowledges the life lessons in those difficult times: “Hundreds of things can get in your way, but you just can’t let that happen.”

Gaby always wanted to be a doctor and go to medical school. Having spent most of her youth in Texas and wanting to experience something new, Gaby applied to several out-of-state schools, including the University of Michigan, where her father is an alumnus. She was accepted and decided to go, but Dad her dad gave her one condition: “Major in whatever you’d like, but you also have to bring me a business degree. Doctors also need to know how to run a business.”

She ended up enjoying her businesses classes more than anything else and graduated with an economics degree—but not before meeting her now husband, who was working on his MBA at Michigan. Another chance meeting, with a Merrill Lynch recruiter, led her to a summer internship. “Before that, I had no idea what it meant to work in financial services, but the internship really molded my future,” she says. That led her to apply to Merrill’s junior executive training program. “I got my job offer, and the rest is history,” she smiles.

After completing the two-year program in New York, Gaby joined Merrill’s International Wealth Management business, and was based in Miami, New York and Venezuela over a 13-year span. She went on to head Merrill’s domestic Wealth Management office in Rockefeller Center, becoming the firm’s first hispanic woman branch manager. In 2009, shortly after the financial crisis, she decided to both push herself out of her comfort zone while diversifying their family income sources (her husband works at Merrill Lynch). She accepted a position with Credit Suisse, tasked with establishing an international Wealth Management office. “Having to build something from zero, I knew the new position would push me to uncomfortable places,” she says. “It was a very big risk, I knew no one, but I grew significantly.”

That personal growth continued, especially in 2015, when Credit Suisse decided to exit the wealth management business, and Gaby transitioned to Morgan Stanley Wealth Management that same office she had led to success over seven years. She did her due diligence and knew Morgan Stanley was the right home for her and the entire team. “I knew we needed a firm that would be committed to our clientele and have the platform and the flexibility to serve them well,” she says. “This is where I wanted to come—a brand that represents excellence.”

Today, Gaby leads a group of 84 Financial Advisors and their teams with a client base that is both domestic and international. “I help individuals and teams run all aspects of their businesses and to be the best Financial Advisors, service professionals and managers they can be for our clients.”

Developing people may well be her favorite part of the job. “The best thing I can do is to elevate those around me to the next level,” she says. “Seeing them flourish is one of my greatest satisfactions.”

She’s particularly passionate about inspiring other women and encourages them to “advocate for yourself. If you don't let others know where you want to go, how can others help you get there?”

Gaby serves on the boards of the University of Michigan Alumni Association and the American Nicaraguan Foundation (ANF), for which she travels back to her homeland and assists small towns with housing, water, education and healthcare. “Our focus is to improve the living standards of the most impoverished people there,” says Gaby, who is most excited about “helping these communities transform their own economies.”

By far her greatest joy is being a mother to sons Carlos, 14, and Sebastian, 11. Her husband also is in a financial services industry role that requires travel over 60 percent of the time. So finding that balance is important, she says, and encourages women to make decisions based not on what you give up but on “what feels right for you and your family during different stages of your career.”

For these efforts and more, Gaby recently was named a Morgan Stanley MAKER, one in a class of trailblazing women of accomplishment nominated by their peers. Reflecting on how far her family has come, Gaby concludes: “We know how hard it is to earn everything you have and how easily it can be taken away. There’s nothing we'll ever take for granted.” 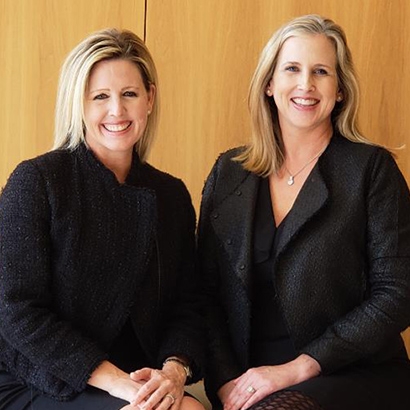 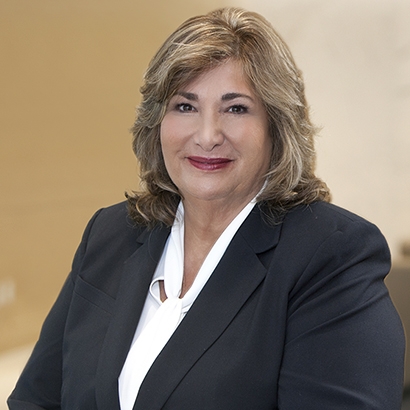 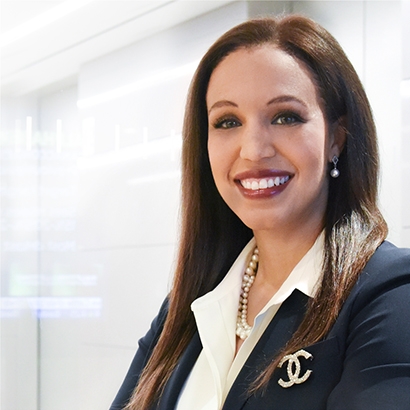