Seven and half months pregnant, Monica Woodward drew puzzled looks years ago when she walked into a room of one hundred male candidates competing to fill twenty slots to become financial advisors. She sensed what the room was thinking:

“They looked at me like you are lost, are you sure you should be in here? I got all kinds of odd looks like, okay you are bursting at the seams and you’re here?”

The not so subtle reaction made Monica more intent on proving the gawkers wrong. The mother of a two-year old was seeking a career change from marketing retirement plans to wealth management. As the Regional Manager of a business office, Monica decided that she needed to transition to a career that would help establish her own business. She was seeking more control over her time, reduced business travel and more time at home with her children and husband.

A financial advisor sent her to a recruitment event at another firm. At that time, several years ago, Monica waited in a large holding room with a pool of nearly one hundred candidates. Five candidates at a time were pushed through five different rooms where they were bombarded with questions for twenty minutes in each room. Monica made the cut and was selected as one of twenty financial advisor trainees.

Clearing this hurdle and many others that followed tempered her with the determination that would lead to Morgan Stanley naming Monica to the MAKERS Class of 2018. Monica, now the founder of the six member Clarity Group at Morgan Stanley in Houston, reflects on how resilience and a growth mindset brought $440 million in assets under her team’s management.

Monica grew up in a second generation Mexican-American family. Her father was a draftsman for a large corporation in Corpus Christi and her mother a traditional stay-at-home mom for her and her siblings. Monica’s life experience would later shape the empathic approach she gives to clients, “Money wasn’t really talked about in our family, but I could sense the strain. Back then we had a pair of shoes for school, a pair of shoes for playing outside, and a pair of shoes for church. That was it.”

She shared a Saturday morning ritual with her father who worked a second job to make ends meet. Monica’s father was especially proud to own Exxon stock. They would check the newspaper to see how his lone investment was trading. This early introduction to investing intrigued Monica. She entered Texas A&M at Corpus Christi thinking she wanted to become a pediatrician. However, a finance class opened up a new horizon. During her junior year, Monica obtained a Series 6 license to sell life insurance as part of an internship. In 1989, after graduating with a BBA in Finance, she spent eight years marketing 403(b) and 457 retirement plans.

During her years of cold calling, Monica found she had a higher success rate when women answered the phone. Her first cold call client was a woman. That woman’s daughter is among Monica’s clients today.

Her success and effectiveness on the phone convinced Monica that she should also serve as a “life coach” for her clients. She says dealing with soft issues as well as hard issues has brought many female clients to her firm. She made it her mission to focus on a process instead of selling products. “I always wanted it to be a very positive enriching experience where it’s not just about hard numbers but really about life quality.”

In order to build a process centric team, Monica says she needed to work on herself first. Since 2008, she has invested thousands of dollars in motivational and business coaches. They worked on changing what she describes as her self-limiting beliefs, “Some of the psychological baggage that I was carrying around from the fact that I didn’t grow up with any money, but I’m talking to people with large sums of money. That was a barrier. At the time I thought two to three million dollars is the most money that somebody can have that I can really help. And it was for fear of failing.”

Monica has earned certifications including: CPWA®,, CIMA®,  and CDFA®. Studying alongside her children as they did their school homework, her son questioned why a woman in her forties was still going to school. “My son would ask me, ‘Mom why are you still studying, you already have a job?’ And I would reiterate to him that I’m only as valuable as the information I have and the experience that I have. Experience will take you so far but you do have to have knowledge. Otherwise people leave you behind.”

Since 2016, two other female solo financial advisors, Gail Stalarow and Janet Cash have teamed up with Monica. Monica’s mission is to provide not only informed advice from a diverse team but also a positive experience.

Today, Monica mentors branch analysts. She listens to their client presentations and coaches them on how to polish their presentations. She recalls counseling a soft spoken African American woman to believe in herself, to feel comfortable in her own skin, to find your voice and find others will believe in you.

Monica says her self-confidence and resilience created a whole new realm of possibilities, “I still feel like I’m riding that wave of every day coming in and looking forward to what’s next. I can see that we can probably take over one or two more books and get to a billion dollars. 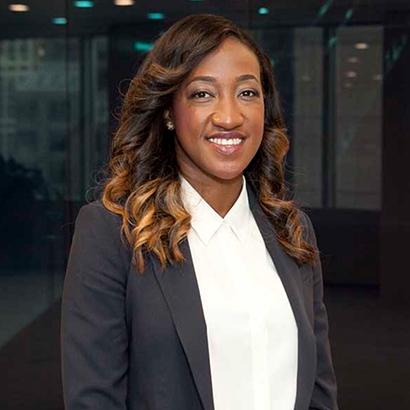 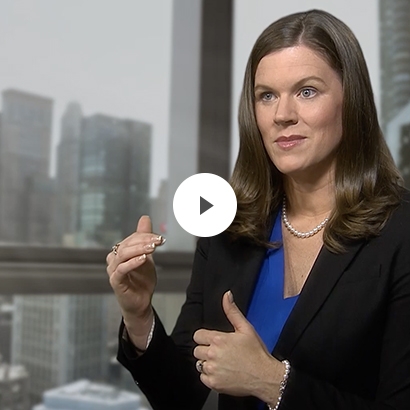 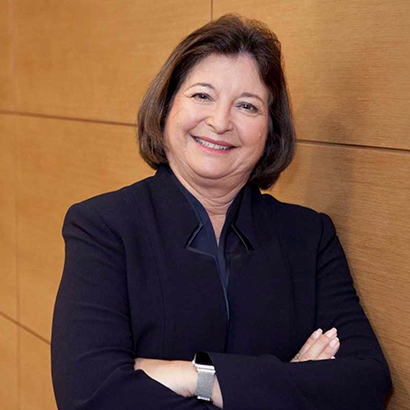