This MAKER Has Found Her Passion in Helping Others

“To those that have been given much, much is expected.”

If there is one philosophy that has propelled Morgan Stanley Executive Director Christine McCasland throughout her life, it is this Bible verse (Luke 12:48). Instilled in her by her parents, this quote continually reminds Christine that she has an obligation to others.

“I have a strong female role model in my mom,” Christine says of her mother, who raised nine children, battled breast cancer twice and still finds the time to have a career, serve on boards and contribute to her community in numerous ways. “My family is very big on working hard and giving back.”

This is reflected in Christine’s volunteer work.  “People think giving an hour a week is not enough time to make a difference, but I tend to disagree,” she says.  Christine is drawn to mentoring experiences because “a personal connection can be a game changer, for both parties.” Christine started mentoring at the East Harlem Tutorial Center more than 15 years ago. As a past junior board member and volunteer, Christine has met many students, but there are some with whom she has built particularly strong personal relationships.

“Committing to one hour a week, I was able to mentor a student so that she didn’t miss out on the fundamental math or English skills she needed,” says Christine, who met the girl when she was age eight. “It just naturally turned into something more.”

Christine took her to see her very first live Santa at Macy’s in New York City and counseled her through some typical teenage run-ins and obstacles.  It is a relationship that Christine cherishes. “I watched a beautiful young woman grow and saw firsthand her personal development.”

Christine is an interviewer of prospective students of Georgetown University, where she is alum.  In this role, she also found connections that fulfilled her.  She remembers one particular student who she helped navigate through the challenges of being waitlisted at multiple schools. He eventually was admitted to his top choices and received a full scholarship at a prestigious university. Today he works as a consultant.

In addition to mentoring young people, Christine co-created Women in Equity, an industrywide networking group, and actively assists with recruitment and mentoring at both Morgan Stanley and as a Georgetown alumna. She is rewarded by personal relationships she’s able to build from these opportunities.

Now a mother of three young children with a hectic work/life balance, Christine focuses her mentoring at Morgan Stanley. The work, she says, “…fulfills my obligation to make sure that colleagues and women around me have the same confidence I eventually found in myself.”

Christine realizes how important giving back has been to her brothers and sisters too. “It’s had an affect not just on me but my eight siblings as well,” she says. “In my family, we’re all driven to make a difference through our careers and life journeys. I would say there’s some healthy competition going on!”

The desire to take on more life challenges influenced Christine’s transition 20 years ago from teaching in Philadelphia to working in finance in New York City. “I came here barely knowing the difference between a stock and a bond,” says Christine, “but at the time, I thought expanding my experiences would make me a better teacher.” She landed at Donaldson, Lufkin and Jenrette in 1999 and completed her MBA in Finance and Management at New York University in 2004. She moved to Morgan Stanley nearly 15 years ago. “I continuously navigated to create the role that I wanted at Morgan Stanley,” she explains. “You need to love what you do.”

While her current job—managing business development for a portion of the firm’s Morgan Stanley at Work programs—can be chaotic, Christine wants to make sure she supports her colleagues and sets a good example for her own family. She hopes her approach translates into all that she accomplishes. “Family first, work hard, give back, but make sure you’re having fun along the way,” she advises. Christine also married someone with the same mindset, allowing for “an incredibly busy but full life.” Her husband often reminds her that life may slow down someday and she may miss these days.

After finding out she had been named a Morgan Stanley MAKER, joining a group of accomplished trailblazing women nominated by their peers, Christine’s first call was to her mother. “I believe the previous generations gave us our present-day opportunities and privileges,” she says. “I am honored to be recognized for working hard—and I am proud to be part of Morgan Stanley.” 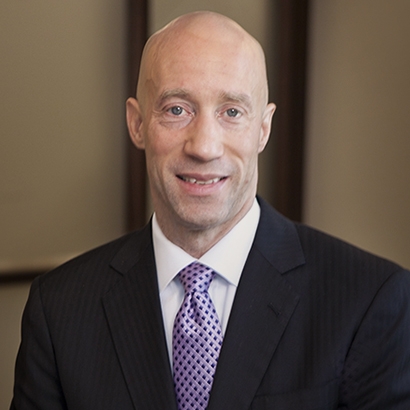