Ever since she was five years old, Rachel Wilson knew she’d join the intelligence community. “I wanted to work at the National Security Agency (NSA) ever since I can even remember,” she says.

Today, as Head of Cybersecurity for Morgan Stanley Wealth Management, a role created two years ago to address the industry’s growing digital presence, Rachel’s focus is on  protecting the business—and its clients. “Now that clients can transact online with us, the cybersecurity risks are high,” she says.

Since April 2017, she’s been navigating new waters, building a team to vigorously help protect—and educate—a community of wealth clients. Before that, Rachel had spent her entire career at the NSA, a division of the U.S. Defense Department. There, working with a team of “stellar technologists, she was “fortunate to be able to work with the most sophisticated technology on the planet” to become a highly accomplished technologist herself.

She spent several years in charge of the NSA’s counter terrorism operations mission, tracking down terrorists around the world to "take them off the battlefield, as they would say.” She spent another few years at the American Embassy in London, helping the British ready for the 2012 Summer Olympics. Back to headquarters in Maryland, she ran for five years cyber-exploitation missions, “penetrating the defenses of our adversaries to help keep the U.S. and her allies out of harm’s way.” She leverages that experience to look at Morgan Stanley’s networks, systems and applications “through the lens of an adversary.”

Rachel grew up in northern California, where her parents and her family still live. Her father was an attorney, and her mom worked at Stanford University in nursing research. “From an early age, my parents instilled in my brother and me a responsibility to give back,” she says. “It wasn't enough to simply get a job and to make money; you had to make a societal contribution. For me, it was always, ‘Where can I make the biggest impact in helping protect the United States and her allies and in making the world a more secure place.”

For her undergraduate studies, Rachel went to Wellesley College, where she took courses at neighboring Massachusetts Institute of Technology (MIT) to “build out the technical skills I knew I needed.” That’s where she met her mathematician husband, who from the beginning has fully supported her career choice and commitment to national security.

After earning a graduate degree in international relations from the University of Chicago, she landed at the NSA in 2002, he at the University of Maryland as a teacher, a job he gave up when their son was born. “For the last 12 years, he's covered the logistics and minutia of raising a family so I could travel and put in the long hours I needed to,” says Rachel, recalling the times he’d put the kids and a pizza in the minivan and drive to the NSA parking lot so they could all have dinner together.

Coming to Morgan Stanley and facing a dramatic industry learning curve was like “being dropped in the middle of Moscow and not speaking a word of Russian!” But figuring out her new role was the easy part compared to “taking a 13-year-old girl and an 11-year-old boy out of their comfortable suburban Maryland lifestyles and moving them to New York City,” she laughs. It was a decision over which she agonized—going from the well-known to the completely unknown—but one she’s glad she had the courage to make. “It was absolutely terrifying,” she admits, “but it was without a doubt the right thing to do,” for herself and her family, as her children are now thriving in New York.

Overcoming your fears to take risks is something Rachel encourages all women to do. “Do the things that really scare you, and don’t let discomfort keep you from taking the challenge,” she insists, adding: “If you don't meet every single qualification of a job description, go ahead and apply anyway. Be confident that you’re smart enough to learn those skills quickly.”

Beyond advising the women of Morgan Stanley, Rachel goes well beyond to champion them. “I view that as a critical part of my role here,” says Rachel, who was recently named one of Morgan Stanley’s MAKERs, a group of trailblazing women of accomplishment nominated by their peers. “We have too few women in technology, let alone in cybersecurity and among our leadership ranks. Mentorship is not enough. Women need that next level of sponsorship.”

At any point in time, Rachel is “running the fan club” of at least a half dozen women, actively engaging with their managers to get them the praise and visibility they deserve, insisting they be given additional responsibilities and opportunities for promotion. “Some know it; some don’t,” she says. “But I’m trying to drive the agenda.”

Sometimes women come to Rachel, but, in most cases, she sees “a young developing woman who is so much better than she realizes,” and pays it forward. “At the NSA, I had the benefit of others identifying abilities that were far beyond what I saw in myself at the time,” she adds. “They spent their political capital on me.

“Certainly, there were those who said I needed to do my time and prove myself,” she recalls. “But in the end, enough people were willing to say, ‘She's ready, and I’m willing to take the risk.’ Those are the exact exceptional women I'm trying to find now who merit me placing my bet.” 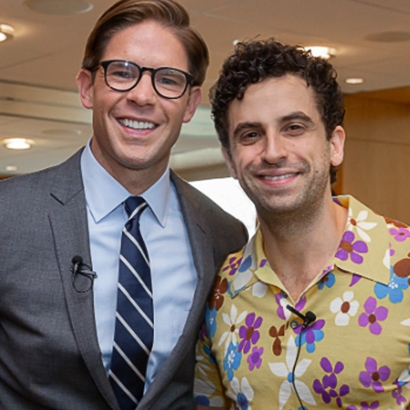 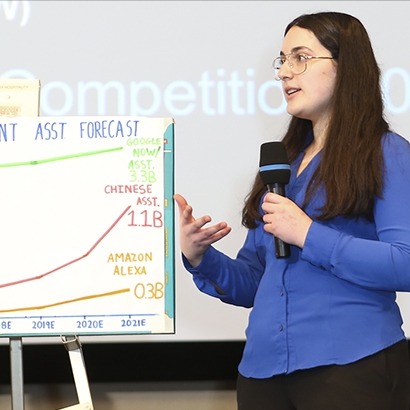 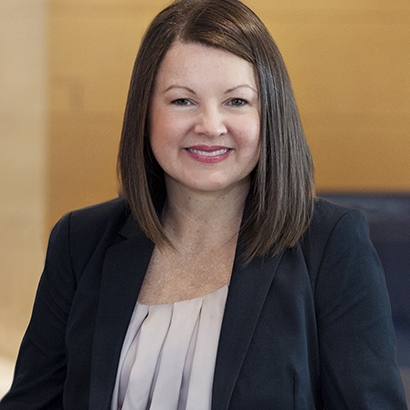